Google has partnered with Lime to show nearby bikes and scooters in 13 cities worldwide. If there’s a Lime vehicle available nearby, Google Maps will show you how long it will take to get to the vehicle, the estimated price of the ride and total journey time.

Similar to the Uber integration in Google Maps, tapping on Lime will open the Lime app. If you don’t have it installed, you’ll be directed to the Apple App or Google Play store. 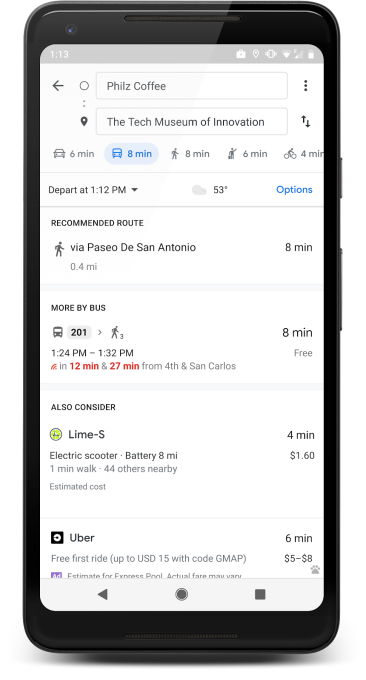 In September, Lime hit 11.5 million bike and scooter rides after just 14 months in operation. Lime has raised $467 million in funding to date, with its most recent round coming in at $335 million. The round, led by GV, included participation from Uber.