TechCrunch is experimenting with new content forms. This is a rough draft of something new — provide your feedback directly to the author (Danny at danny@techcrunch.com) if you like or hate something here.

In Canada, we have day three(!) of the bail hearing for Huawei head of finance Meng Wanzhou (孟晚舟), who was arrested at the request of the U.S. a little more than a week ago. And on Capitol Hill today, Sundar Pichai, the CEO of Google, is testifying in front of the House Judiciary Committee, starting a few minutes ago at 10am.

These may be pedestrian proceedings, but they are riven with deep debates over the meaning of ownership. Meng was arrested for supposedly selling equipment to Iran through intermediaries in violation of U.S. sanctions. Huawei is a Chinese company, but uses American intellectual property in its products. Thus, America claims worldwide jurisdiction over the company, since it owns the patents beneath Huawei’s products.

Meanwhile, Pichai is testifying over a number of concerns, including data privacy (i.e. data ownership) and Project Dragonfly, the company’s attempt to re-enter China. He also has to contend with another data breach bug discovered yesterday in Google+. Is Google an American “owned” company (as Pichai will attempt to paint it today), or is it a global company owned by shareholders with obligations to enter China?

These aren’t simple questions, which is why the broader question of ownership will be so important for this century. Despite the win-win attitude of free traders, the reality is that much of technology ownership is monopolistic owing to barriers to entry — there are only a handful of telco equipment manufacturers, public clouds, mobile OSes and search engines out there. Whoever owns that property is going to get rich at the expense of others.

That’s why the U.S./China trade conflict is an irreconcilable tug-of-war.

For China, a developing country by most metrics even if it has glittering cities like Shanghai, owning that technological wealth is crucial for it to reach the zenith of its growth. It cannot become rich without becoming a technology power, a manufacturing power and a consumer market capital all at once. And it views with deep suspicion American blocks on wealth transfers. Isn’t this just a way to keep the country down, to replay the century of humiliation all over again?

For the U.S., China’s constant conniving to pilfer American intellectual property undermines U.S. economic hegemony. China does want to steal plans for airplanes, and semiconductors, and other high-tech goods. Of course, it eventually wants to have the human capital and know-how to build these themselves, but first it has to catch up. America, fundamentally, doesn’t want it to catch up.

That’s frankly tiring for someone who just loves great products and wants to see massive technological progress for everyone regardless of nationality. But political symbolism is increasingly a language that Silicon Valley and the tech industry writ large have to understand.

Why Oath keeps Tumblring (now with a price tag) 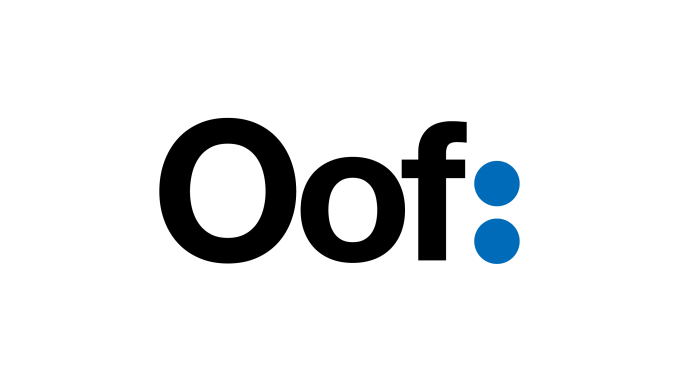 Last week, I wrote a bit of a screed on why TechCrunch’s parent company, Oath, is struggling so badly:

Oath has a problem:* it needs to grow for Wall Street to be happy and for Verizon not to neuter it, but it has an incredible penchant for making product decisions that basically tell users to fuck off. Oath’s year over year revenues last quarter were down 6.9%, driven by extreme competition from digital ad leaders Google and Facebook.

Now, we know the costs of those product decisions, as well as the greater challenges in the digital advertising market. Verizon announced today that it will write down the value of Oath by $4.6 billion. That will change Oath’s goodwill value from $4.8 billion to $0.2 billion in the fourth quarter. Yikes.

This was a necessary accounting valuation change, and one that recognizes the challenges that Oath faces. As the filing said:

Verizon’s Media business, branded Oath, has experienced increased competitive and market pressures throughout 2018 that have resulted in lower than expected revenues and earnings. These pressures are expected to continue and have resulted in a loss of market positioning to our competitors in the digital advertising business. Oath has also achieved lower than expected benefits from the integration of the Yahoo Inc. and AOL Inc. businesses.

The upside is that Oath still has many, many millions of users every month. It just needs to figure out what to do with all of those eyeballs to build a sustainable business.

Can the West build anything? 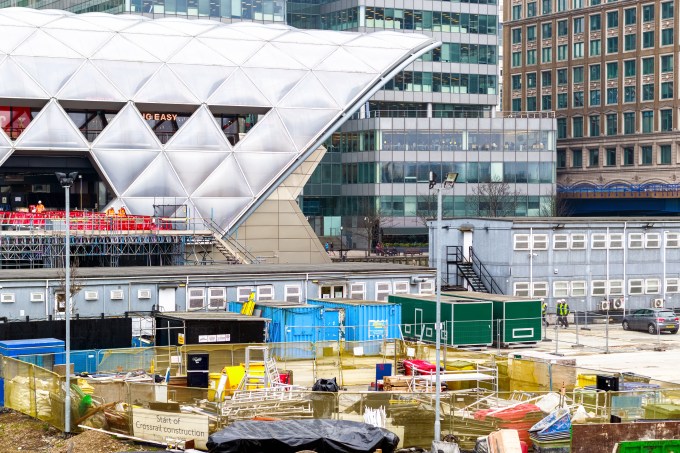 Photo by VictorHuang via Getty Images

Seriously, from the Financial Times:

The capital should have been celebrating the opening of the east-west London railway, the biggest construction project in Europe, this week. But Crossrail announced in August that it would not begin operation until autumn 2019 at the earliest.

Even that now seemed “wildly optimistic”, one person close to the project said, given the problems with signals, trains and stations leading to “growing panic” among TfL executives. A number of people close to the project now say it may not be ready until late next year.

Crossrail is one of the most important subway projects in the world, designed to dramatically increase capacity in London’s Underground on the east-west axis. But it is just one of a series of major setbacks in infrastructure costs in the West. Meanwhile in California from Connor Harris at City Journal:

Ten years later, supporters have ample cause to reconsider. CAHSR’s costs have severely escalated: the California High-Speed Rail Authority (CHSRA) now estimates that the train’s core segment alone, from San Francisco to Los Angeles, will cost from $77 billion to $98 billion. Promises that private investors would cover most of the costs have fallen through. Forecasts for the project’s completion date and travel times have also slipped. The fastest trains in the CHSRA’s current business plan have a running time of over three hours, and the first segment of the line—San Jose to Bakersfield, almost 200 miles short of completion—won’t open until 2029.

The inability of Western countries to build infrastructure within any period of time and within any sort of budget is just mesmerizing. What we are left with is raising the speed limits on subways in New York City from 15 MPH to something a bit more reasonable.

I have talked previously about the need for more startups in this space:

California is home to two very different innovation worlds. For the readers of TechCrunch, there is the familiar excitement of the startup world, with startups working on longevity and age extension, rockets to Mars, and cars that drive themselves. Hundreds of thousands of entrepreneurs, engineers, and product managers are building these futures every day, often on shoestring budgets all in the hope of seeing their solution come to fruition.

Then, there is the “innovation” world of California’s infrastructure. Let’s take the most prominent example, which is the bullet train connecting southern to northern California. The train, first approved in a bond authorized by voters in 2008, is expected to have its first passengers in 2025 — three years after the original target of 2022.

That’s roughly 17 years start to finish, or older than the ages of Facebook (14 years) and the iPhone (10 years) are right now. Given that environmental reviews aren’t even slated to come in until 2020, it seems hard to believe that the route will maintain its current schedule.

Startups, we need your innovation in this space desperately. It’s a trillion-dollar market ready for anything that might make these projects move faster, and cost less.

My quick bites turned into full bites above.

I am still obsessing about next-gen semiconductors. If you have thoughts there, give me a ring: danny@techcrunch.com.

The Increasingly United States – I read this book this weekend. Probably best to just read the reviews for most readers, although if you like modern political science research, this has about all the techniques you can do in American studies these days.

The core thesis is that the notion that “all politics is local” is completely bunk on two dimensions. Voters increasingly vote for candidates at every level of government using the same litmus tests, and they also get their information about politics exclusively from national sources. That basically means city councilors are debating immigration policy (which they have zero control over) rather than trash policy. It also explains the rising polarization in Congress — with less local issues to debate, there are just no opportunities afforded to build coalitions.

The book charts the pathways through which this nationalization takes place, and they will be intimately familiar to most readers (campaign finance changes, national media markets, nationalized policy planning, etc).

The thesis, though, raises a number of questions. First, how will local issues (zoning, trash pickup, etc.) get the attention they need to make our cities livable and thriving? Second, how can we fund local media so that voters have differentiated visibility into what is happening in their own backyard? These questions aren’t easy to answer, but we must if we want our federal-style system to function the way the founders intended.

The Death of Democracy in Hong Kong by Jeffrey Wasserstrom. A short and emotional look back at the failure of Hong Kong’s Umbrella Movement in 2014 and its ramifications.

Lean In’s Sheryl Sandberg Problem by Nellie Bowles. What does an organization do when the reputation of its founder and major icon turns sour? Lean In is trying to find out. Good, if a bit lengthy, but I’m starting to get tired of the constant anti-Sandberg coverage.

What I’m reading (or at least, trying to read)