I barely slept my second night at Chunking Mansions. The loud neighbors, the hot Hong Kong air, the landlord banging on the door after midnight: None of these things are particularly conducive to a peaceful rest, and for once in my life I actually looked forward to attempts at shut eye on the 15-plus hour flight home in the morning.

For all the dread of returning to the notorious Hong Kong hostiles that evening, after a day of exploring the area, I was actually looking forward to strapping Silentmode’s PowerMask to my head — closing my eyes and embracing the luxury of forgetting where I was for a few precious minutes.

I’d tried this weird thing earlier in the day, in the middle of the Brinc accelerator’s well-lit meeting room. The whole thing was oddly soothing, if fairly awkward — a big, foam black-out mask with headphones embedded on either side. Probably not the sort of thing you want to wear out in the open, though Lucas Matney happily modeled it above — because we clearly don’t have enough pictures of our in-house VR guy wearing weird crap on his head over at TechCrunch.com.

I’d be lying if I said I didn’t enjoy the minute or two I spent with the mask on, wondering if this is how pet parrots feel when you cover their cages with a blanket for the night. Maybe that’s just the jet lag talking.

It’s a momentary respite from the cloying terrors of the world, a way to briefly trick our overactive brains into thinking, yeah, sure, everything is just fine with some New Age music, breathing exercises and, most importantly, just complete and utter darkness. 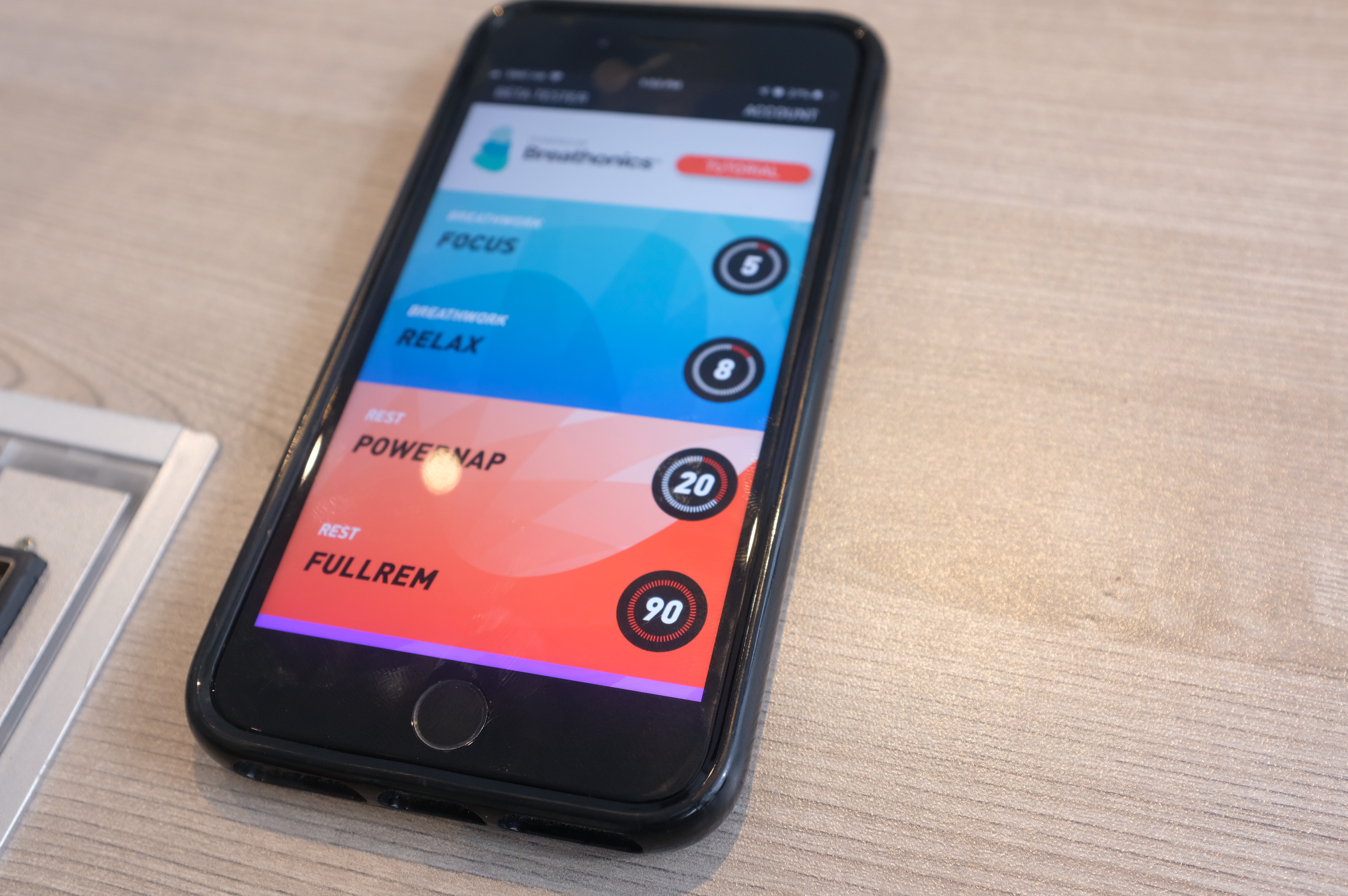 I’m a sucker for this stuff. I have the Calm app on my phone and started getting pretty into the Muse headset before leaving for my two-week trip. I’ve shared the fact that I’m a bad and anxious meditator plenty of times before on these pages, but find even my failed attempts to be useful.

Someone described the PowerMask as a kind of small-scale take on a sensory deprivation tank, and sure, why not? I’ve had worse nights.

A bit of a wrinkle in all of this: it isn’t a sleep device, exactly. Or at least the company isn’t branding it as such. Initially pitched as a “Power Nap” product, there does appear to be some in-house confusion with regard to how exactly to position the product. Certainly the startup wants to distinguish itself from the 8 million connected sleep masks I see at tech events, particularly when traveling in Asia.

“We are on a much bigger mission to train the world in the art of relaxation,” co-founder Bradley Young writes in a followup email. The company’s site is far less subtle, with language rarely heard outside of supplement ads. “Reach peak state,” it writes in bold all caps font, “become a peak human.” I mean, sure, why not?

That last bit of hyperbole is courtesy of the company’s focus on something called CVT (Cardiac Vagal Tone). Silentmode claims the device can be used to help us normal folk achieve the resting heart rate of an athlete. Look, here’s a graph:

I won’t go too deep into that stuff here, because frankly, I don’t know what I’m talking about. Though I can see how buying some blackout curtains for your head b/w “psychoacoustic and therapeutic sonic experiences” could go a ways toward helping one chill the eff out. It did bring a momentary and much needed respite from my vaguely horrific lodging experiences.

Despite the company’s move away from sleep talk, it also went a ways toward helping me crash on this flight. The music is soothing, and while the padded headset isn’t a pillow exactly, it’s a lot more comfortable than just leaning your head on the seat in front of you. Assuming you can get over the awkwardness of wearing a giant thing on your head. Of course, no one looks good sleeping on a plane, weird head accessory or no.

At $199, it’s not cheap. And the company plans to offer premium audio through an additional app subscription. Silentmode is also working with some large companies to pilot these products in office spaces where relaxation is a rare commodity, indeed.