Facebook Lasso has a steep uphill climb ahead as it hopes to chase the musical video app it cloned, China’s TikTok (which merged with Musically). Lasso lets you overlay popular songs on 15-second clips of you lip syncing, dancing or just being silly — kind of like Vine with a soundtrack. It’s off to a slow start since launching Friday, having failed to reach the overall app download charts as it falls from No. 169 to No. 217 on the U.S. iOS Photo and Video App chart, according to App Annie. Sensor Tower estimates Lasso has been downloaded fewer than 10,000 times across both iOS and Android. 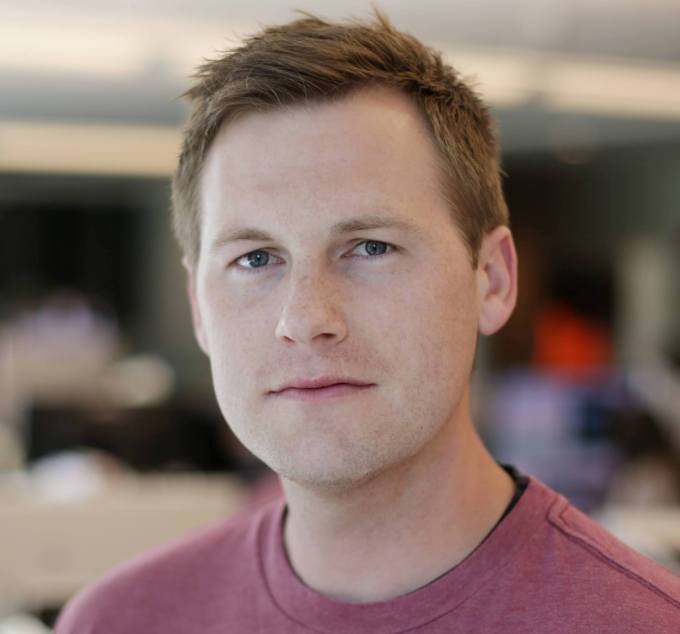 And now one of the Lasso team’s bosses, Brady Voss, is leaving Facebook for a job at Netflix. He’d spent five years as a lead product designer at Facebook working on standalone apps like Hello and major feature launches like Watch, Live, 360 video and the social network’s smart TV app. He previously designed products for TiVo and Microsoft’s Xbox.

“After five life-changing years at Facebook, my last day will be this Friday, 11/16,” Voss wrote on Facebook. “Following our launch of our new app, Lasso, a project I’ve been working on for a while now, the timing works well to explore what’s coming next…. As for what’s next? I have accepted a position at Netflix in Los Gatos, California.” A Facebook spokesperson responded that “Yes, I can confirm that Brady is leaving Facebook.”

Voss added some color about joining Facebook, noting, “There was actually a discussion about whether or not I’d be a great culture fit because I wore a tie to my interviews–which is funny because we don’t believe dressing like that is what enables people to bring their best everyday. Thankfully, they saw past the common clichés–because suits and ties are not me.” As for Facebook’s troubles, he wrote that “I was even there for the big freak out moments along the way–we’ll keep them unnamed 🙃”, which could refer to his work on Facebook Live that spawned big problems with real-time broadcasts of violence and self-harm.

While it’s reasonable for anyone to want a change of pace after five years, especially after the brutal year Facebook’s had in the press, his departure just a week after Lasso’s launch doesn’t inspire a ton of confidence in the app’s trajectory. It might have been a sensible stopping point haven gotten the app out the door, but you’d also think that if Lasso had a real shot at popularity, he’d have wanted to stick around to oversee that growth.

TechCrunch first broke the news last month that Lasso was in development, citing Voss as one of the team’s heads. But in the meantime, the world’s highest valued private startup ByteDance managed to push its TikTok app past Instagram, Snapchat and YouTube on the download charts. It’s now at No. 5 on the U.S. iOS overall charts and No. 1 in Photo and Video. Facebook seems to have shooed Lasso out a little prematurely before losing more ground, given it lacks many of the augmented reality features and filters found in Instagram, Snapchat and TikTok. 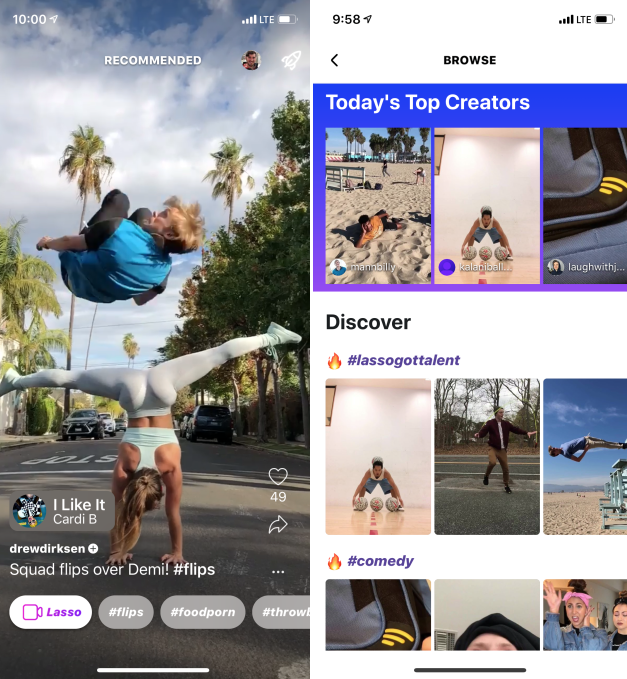 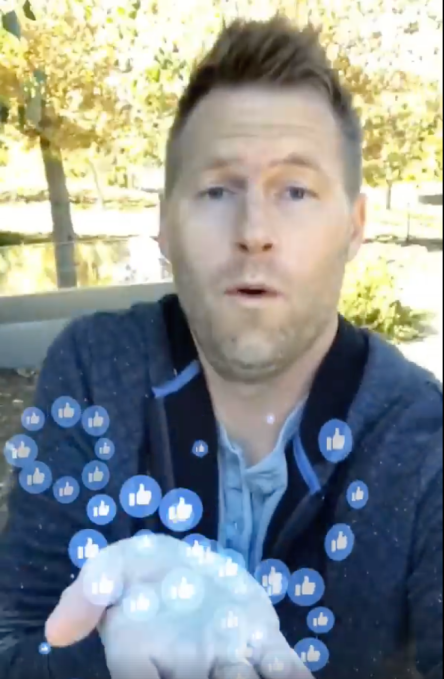 TechCrunch asked the company for some more details about the Lasso roadmap. A spokesperson told me that Facebook will be evolving Lasso and adding new features with time, and may test a feature for uploading videos instead of being restricted to shooting them in-app right now. Voss’ departure post includes a “Made With Lasso” video featuring an augmented reality effect with him conjuring Facebook Like thumbs-ups out of his hand. [Update: He tells me he added this in AfterEffects, but it shows that Facebookers think AR should be part of Lasso.]

As for monetization, Facebook tells me there are no plans to show ads right now. Typically, Facebook tries to build products to have hundreds of millions of users before it potentially endangers growth by layering in revenue generators. I asked if users might be able to pay their favorite video creators with tips, and the company says that while that’s not currently available, it hopes to explore ways to allow creators to earn money in the future. Instagram said the same thing about IGTV when it launched in June, and we still haven’t heard anything on that front. Facebook likely won’t be able to lure creators to new platforms with smaller audiences than their main channels unless it’s going to let them earn money there.

If Facebook is truly serious about challenging TikTok, it may need to build closer ties between Lasso and Instagram. Facebook left its previous standalone video apps like Slingshot and Poke out to dry, eventually shuttering them after providing little cross-promotion. Given the teen audience Lasso craves is already on Instagram, it will be fascinating to see if former VP of News Feed Adam Mosseri, who’s now running Instagram, will insert some links to Lasso. A Facebook spokesperson says that Facebook may investigate promoting Lasso on its other apps down the line.

And one final concern regarding Lasso is that Facebook isn’t doing much to prevent underage kids below 13 from getting on the app. Tweens flocked to Musically, leading to some worrisome content. Ten-year-old girls in revealing clothing singing along to the scandalous lyrics of pop songs frequently populated the Musically leaderboard. That prompted me to question Musically CEO Alex Zhu onstage at TechCrunch Disrupt London 2015 about whether his app violated the Child Online Privacy Protection Act (COPPA) that prohibits online services from collecting photos or videos of kids under 13. He denied wrongdoing with flimsy excuses, claiming parents were always aware of what kids were doing, and stormed out of the backstage area after our talk.

So I asked Facebook how it would prevent such issues on Lasso, where all content is public and adults can follow children. A spokesperson told me that you need a Facebook or Instagram account to sign up for Lasso, and those services require people to be 13 older. But “require” isn’t exactly the right word. It asks people to state they’re of age, but doesn’t do anything to confirm that. Lasso does have a report button for flagging inappropriate content, and the company claims to be taking privacy and safety seriously.

But if the tech giants are going to build apps purposefully designed for young audiences, asking for kids to merely promise they’re old enough to join may not be sufficient.