Amazon today launched an Alexa app for Windows 10 PCs. Available on the Microsoft Store, the voice application allows PC owners to speak to Alexa to set reminders, timers and alarms; create lists and to-dos; track their calendar appointments; get news, weather and other information; play music; listen to podcasts and audio books; control the smart home, and more.

The app is another way that Alexa is being unhitched from Echo speakers and other devices that generally stay in the home. Similar to the Alexa app for mobile devices, the Windows 10 app means you can use Alexa for access to content and information when you’re traveling, as well as to do things like lock your doors or check your security cameras, for example. 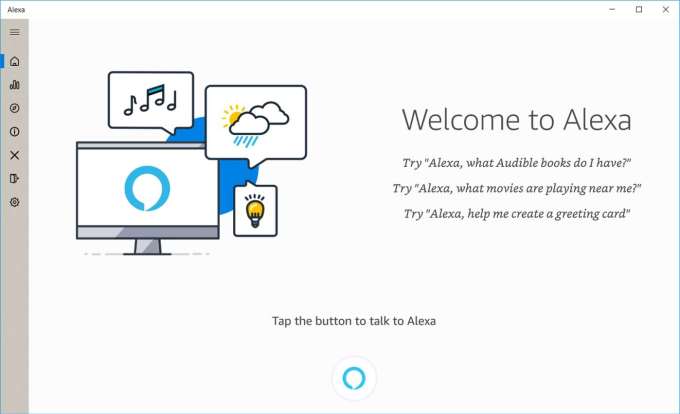 However, some features — including video, communications, Spotify and Pandora — are not supported on the Alexa app for Windows 10 at launch.

The app’s arrival comes shortly after Amazon and Microsoft opened up the Alexa-Cortana integration into public preview, which lets customers call up Cortana through their Echo devices and enable Amazon’s Alexa on Windows 10 devices and on Harman Kardon Invoke speakers.

Some PCs are designated as “Alexa Built-In,” meaning they’re already tuned for Alexa and you’ll be able to speak to Alexa hands-free. These include several PCs from Acer, Asus, Dell, HP and Lenovo.

The Cortana skill is not currently available through the Alexa for PC app. But it remains available on Echo devices like Echo, Echo Dot, Echo Plus, Echo Show, and Echo Spot, Amazon says.

The Alexa app is available for Windows 10 PCs in the U.S., U.K. and Germany, and will be coming to more locations in 2019. 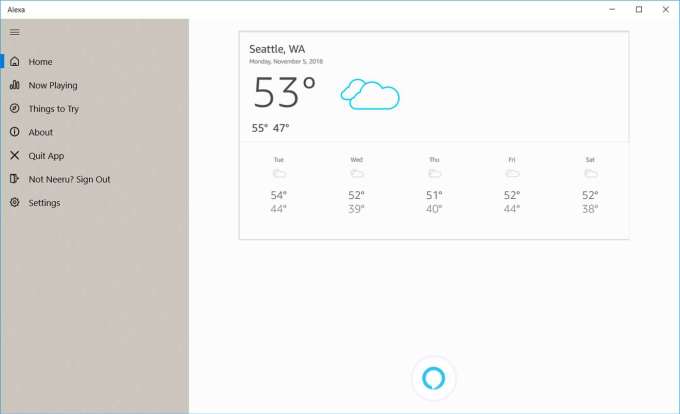