Twitter is trying out a small new change to Moments that would provide contextual information within its curated stories. Spotted by Twitter user @kwatt and confirmed by a number of Twitter product team members, the little snippets appear sandwiched between tweets in a Moment.

Called “annotations” — not to be confused with Twitter’s metadata annotations of yore — the morsels of info aim to clarify and provide context for the tweets that comprise Twitter’s curated trending content. According to the product team, they are authored by Twitter’s curation group.

In our testing, annotations only appear on the mobile app and not on the same Moments on desktop. So far we’ve seen them on a story about the NFL, one about Moviepass and another about staffing changes in the White House. 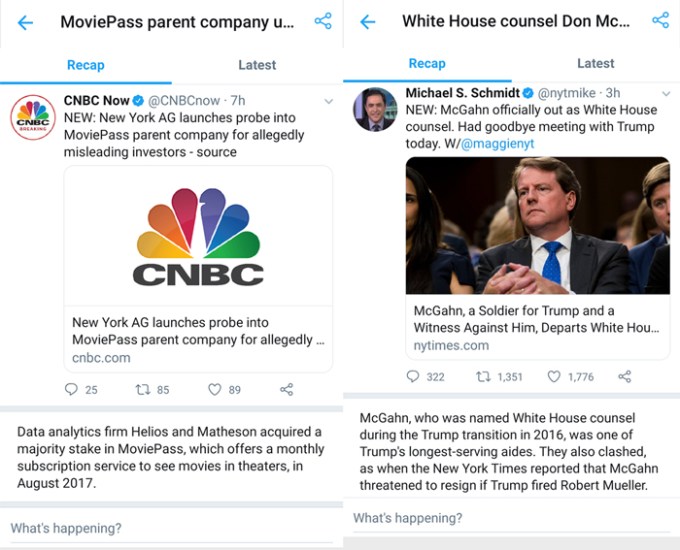 While it’s a tiny feature tweak, annotations are another sign that Twitter is exploring ways to infuse its platform with value and veracity in the face of what so far appears to be an intractable misinformation crisis.