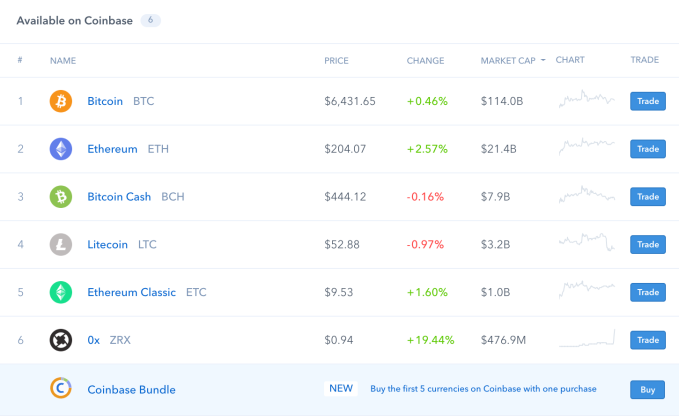 By showing its hand well in advance and being more transparent about its regulatory hurdles, the platform will hopefully avoid another debacle like the volatile launch of Bitcoin Cash last December, which prompted an insider trading investigation.

“One of the most common requests we hear from customers is to be able to trade more assets on Coinbase,” Coinbase said in a blog post.

ZRX is launching at https://t.co/bCG11KveHS and in the iOS and Android apps within the next 15 minutes. You may need to update your app to properly buy and sell ZRX. We will update when ZRX is fully live. https://t.co/kzDisSZrFu

ZRX should show up soon for most users across the desktop, iOS and Android versions of Coinbase. At launch time, ZRX won’t be available in the state of New York or the United Kingdom due to unresolved regulatory issues.