One of the latest additions to the on-demand economy is Papa, a mobile app that connects college students with adults over 60 in need of support and companionship.

The recent graduate of Y Combinator’s accelerator program has raised a $2.4 million round of funding to expand its service throughout Florida and to five additional states next year, beginning with Pennsylvania. Initialized Capital led the round, with participation from Sound Ventures.

Headquartered in Miami, the startup was founded last year by chief executive officer Andrew Parker. The idea came to him while he was juggling a full-time job at a startup and caring for his grandfather, who had early onset dementia.

“I’ve always been a connector of humans,” Parker, the former vice president of health systems at telehealth company MDLIVE, told TechCrunch. “I’ve always naturally felt comfortable with all walks of life and all age groups and have just felt human connection is really critical.”

Seniors can request a “Papa Pal” using the company’s mobile app, desktop site or by phone. The pals can pick them up and take them out for an activity or have them over to play a game, complete household chores, teach them how to use social media and other technology or simply to chat. A senior is matched with a student, who must complete a “rigorous” background check, in as little as 30 seconds. 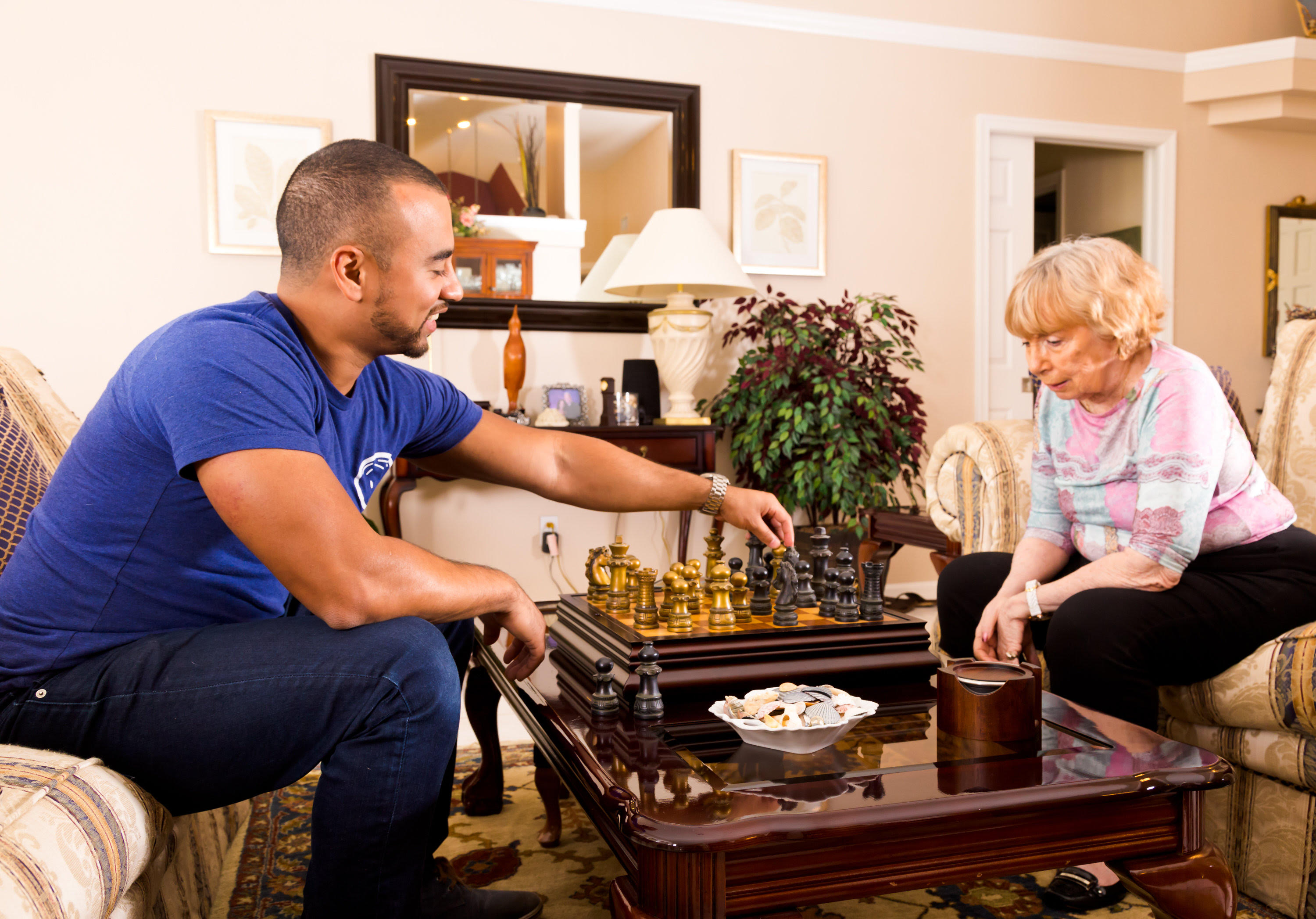 Parker says there are 600 students working with Papa an average of 25 hours per month.

“We’ve been fortunate that this is something the students really want to be part of,” he said. “They aren’t doing this for a couple extra dollars. They are doing this to help the community.”

The service costs seniors $20 per hour, $12 of which is paid to the students and $8 is returned to Papa. It’s not a subscription-based service, but seniors can pay for a premium option that lets them choose between three Papa Pals instead of being randomly paired with one of the several hundred options. The students do not provide any personal care, like bathing or grooming. And they are not a pick-up and drop-off service, like Uber or Lyft.

“We believe the Papa team has found a unique way to combat loneliness and depression in older adults,” said Alexis Ohanian, co-founder and managing partner of Initialized Capital, in a statement. “The experience that Papa Pals bring their members make it seem like they are part of a family.”

In addition to expanding to new markets, Papa is in the process of partnering with insurance companies with a goal of allowing seniors to pay for some of its services through their Medicare plans.

“Loneliness is a crisis. It’s a disease. It’s killing people prematurely,” Parker said. “We are providing a really massive impact to these people’s lives.”

Y Combinator is changing up the way it invests