There are no surprises in the world of consumer electronics. We’ve already seen the Pixel 3 from every conceivable angle, both in video and still. And now, mere minutes before today’s event is set to kickoff, Verizon (the company that owns the company that owns TechCrunch, mind) has gone ahead and confirmed the thing on its site.

Moments later, the head of hardware at Google, Rick Osterloh, made the device official at an event in New York City. 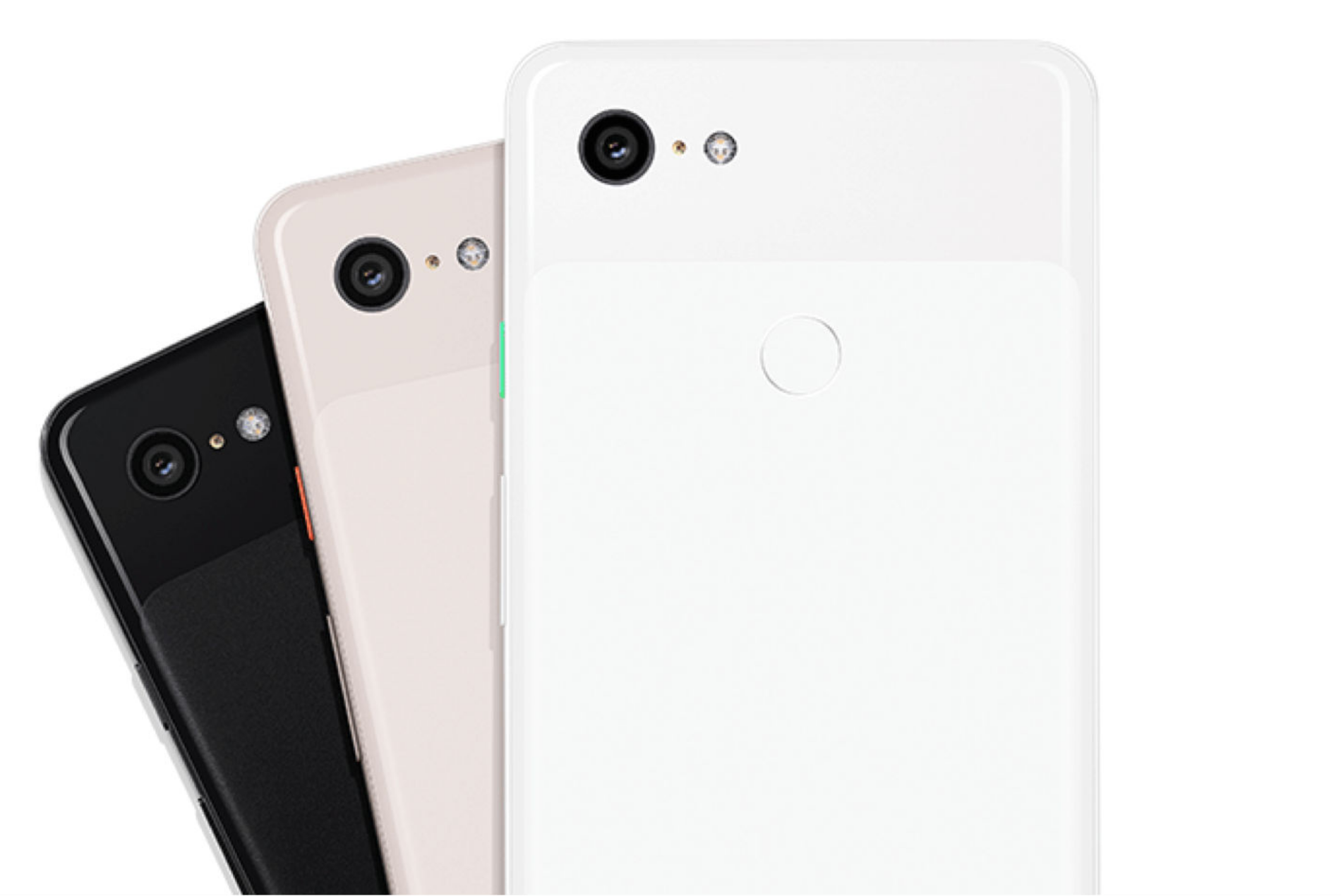 Contrary to some earlier renders, the third version of Google’s Android flagship (spotted by 9 to 5 Google) does boast a sizable notch up top, in keeping with earlier images of the larger XL. Makes sense, after all, Google went out of its way to boast about notch functionality when it introduced Pie, the latest version of its mobile OS. 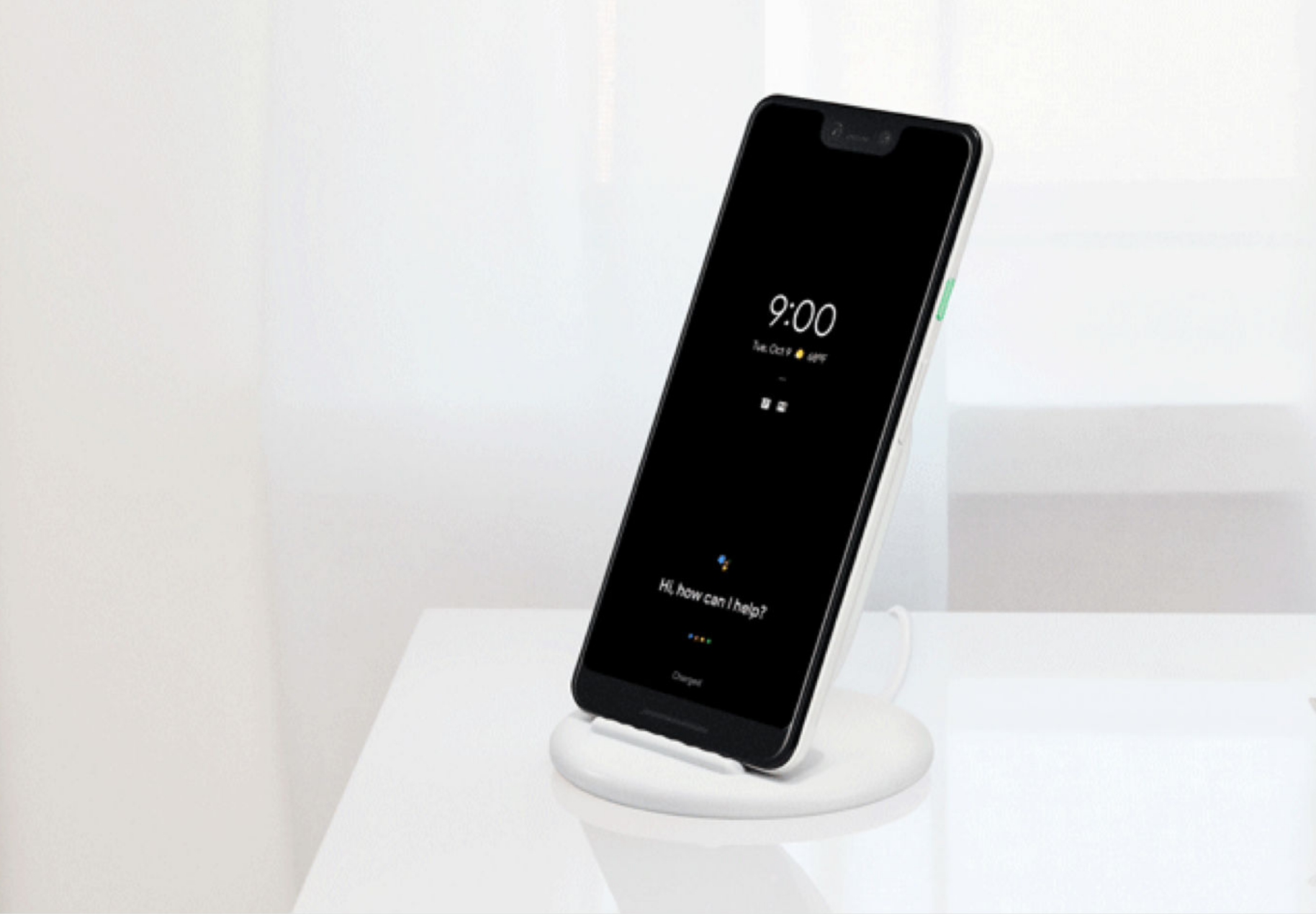 The specs are admittedly still a bit spot via the carrier page, but the bullet points do confirm most of what we thought we knew about the handset. Google’s sticking to the single camera on the rear of the device, in contrast to the majority of the competition.

The rear of the device retains the same two-tone service. This time it’s matte and glass. It ships in the very Google-esque colors Just Black, Clearly White and Not Pink. The standard Pixel’s screen is 5.5-inches, a bump over the Pixel 2’s 5 inches. The speakers, meanwhile, are 40 percent louder than on its predecessors. Naturally, the device will ship with three free months of YouTube Music, like most of the rest of the other products announced today.

The front facing camera (hence the notch) has been improved here, bringing with it wide angle selfies. In fact, there are two front facing cameras. The new wide angle takes 148 percent more photo than the iPhone XS, according to Google. The company has teamed with a number of photographers, including the legendary Annie Leibovitz and folks at Conde Nast. Like the iPhone XS, the device largely relies on software features to bump up existing hardware.

Among the new features is Top Shot, which filters out all of the crappy pictures you’ve taken, removing things like blinks (a feature found on other competing handsets, including the Galaxy Note 9. The feature automatically saves back up shots in HDR+ and lets you choose between alternates.

Rather than flipping between all those blurry, wind-in-the-face photos, Top Shot will pick, well, your top shot. #pixel3 #madebygoogle pic.twitter.com/cKHbUqGdZ6

Super Zoom Res, meanwhile, takes a slew of different shots at once and combines them to give you a much improved digital zoom than generally found on smartphones. Night Sight is a new feature for extreme low light, which uses machine learning to select colors and give you much improved shots. That feature is coming to the Pixel 3 in a month and will also filter down to older Pixels.

Google Lens has been improved in device, including the ability to identify products in the real world and shop through them online. Photobooth Mode shoots photos automatically when users smile. Portrait Mode has been improved to let users adjust the depth of field after the shoot has been taken. The device also ships with unlimited Google Photos shortage.

The Pixels will be the first to Google’s controversial Duplex feature, which reservations via Assistant. A new Call Screen feature, meanwhile, shows you who’s calling on device.

No specifics on the battery yet, beyond “all day,” along with wireless charging on-board. That can be accomplished via the Pixel Stand, which turns the handset into a mini Google Home Hub while charging. The ability to access Google Assistant with a squeeze, first introduced by HTC on its own handsets, is back as well.

The device is available for preorder today and will start shipping October 18, starting at $799. The larger XL starts at $899, still putting the product at less than the latest flagships from Apple and Samsung.