Baillie Gifford now owns an 11.44 percent stake in Nio, according to a regulatory filing posted Tuesday. The company disclosed that it had purchased 85.3 million shares, which were valued at about $515 million as of the close of trading Monday.

Baillie Gifford is the largest outside shareholder of Tesla stock. CEO Elon Musk, Tesla’s largest shareholder, own about 20 percent of the company.

The filing pushed shares of Nio to close at $7.39, up from its opening of $6.19 this morning. Shares are up another 7 percent in after-hours trading and are continuing to climb. 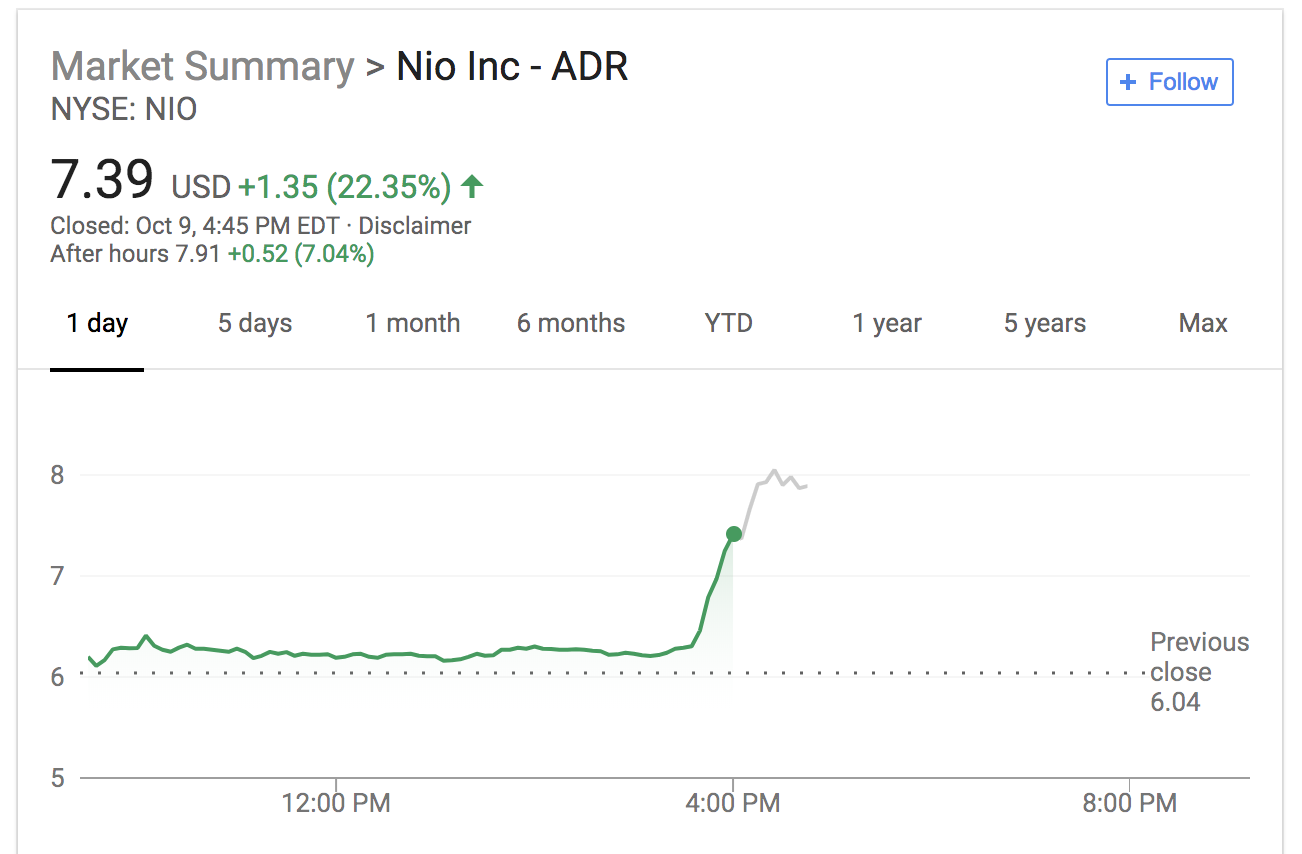 Nio wants to become the Tesla of China — and beyond. The company has operations in the U.S., U.K. and Germany, although it only sells its ES8 vehicle in China. The 7-seater ES8 SUV is priced at 448,000 RMB, or around $65,000. That’s cheaper than Tesla’s vehicles, especially since new, higher import tariffs have driven up the price of its Model X SUV and Model S sedan.

Those tariffs, plus other costs like shipping Tesla vehicles overseas, is pushing the U.S. automaker to accelerate its China factory plans.