That “tussle” might have cost Musk $20 million (and Tesla another $20 million) and his chairman of the board seat. But after an initial shock, investors have apparently recovered. Perhaps it was Musk’s leaked internal email (later filed as an 8k with the SEC) that stated Tesla is “close to achieving profitability.”

Or maybe investors believe the SEC settlement won’t fundamentally change the company. Musk’s tweets might have more lawyerly oversight and he may no longer be chairman, but he’ll remain CEO, is still the largest shareholder and has a board seat.

Even the late-night tweets (yup, there already was one at 1 a.m. PT Monday) haven’t gone away.

In other words, “plus ça change, plus c’est la même chose.”

Either way, some, including Barclays analyst Brian A. Johnson, saw Monday’s rebound coming.

“With 90 days to comply with the settlement, Tesla is likely in our view to strike a typically bullish tone on the 3Q sales release, shareholder letter and conference call,” Johnson wrote in a research note published Monday. “As a result, we would not be surprised to see the stock rebound over the next few weeks. Nevertheless, we reiterate our UW and $210 price target.” 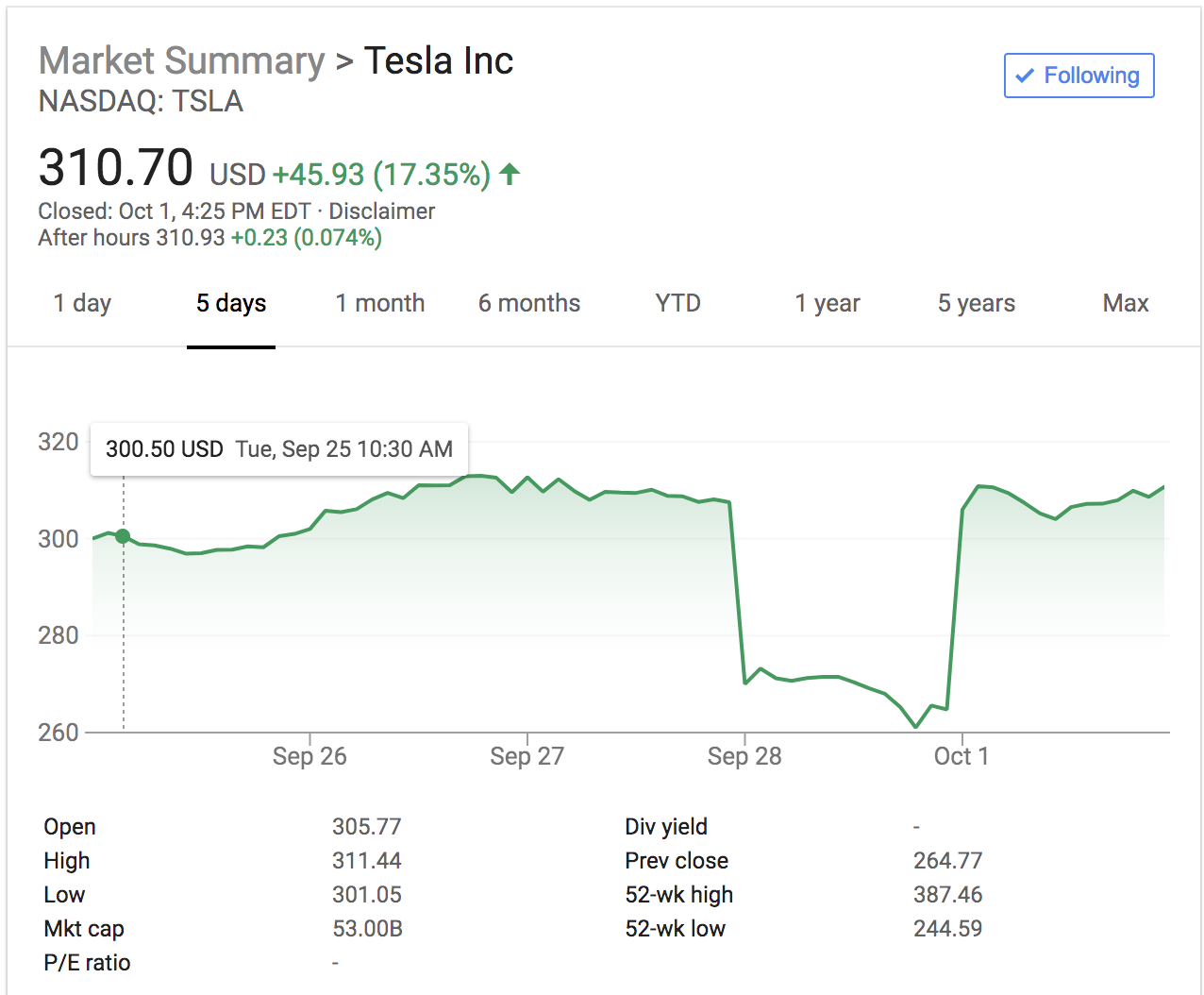 There are other material items that are right around the corner. Tesla and Musk pulled out all the stops (even tapping Tesla owners to volunteer) to close out September with a record number of produced and delivered vehicles.

The company’s third-quarter production numbers will show whether Tesla was able to maintain the previous quarter’s goal of 5,000 Model 3 vehicles per week.