Line is a pretty busy company. Beyond a messaging app that claims more than 160 million users, the company operates services like music streaming, manga, food delivery, games and it is also venturing into crypto.

The company has long been known for its playful characters — Line Friends — which are a core part of its sticker sets, but now the zany cartoons are making their way to real-life products. Line has its own Echo-style smart speaker, and off the back of its Brown Bear-themed DJI drone, it is announcing a Line Friends Bang & Olufsen speaker.

Like the DJI Spark drone, the Bang & Olufsen speaker takes a well-known and popular product and appends Line’s cartoon characters in the name of sales through cuteness.

The speaker — Beoplay B2 Brown Limited Edition — will go on sale from October 4 in Korea, U.S., Japan, China, Taiwan and Hong Kong via Line’s online store and its offline retail outlets. Pricing, it seems, is TBC. 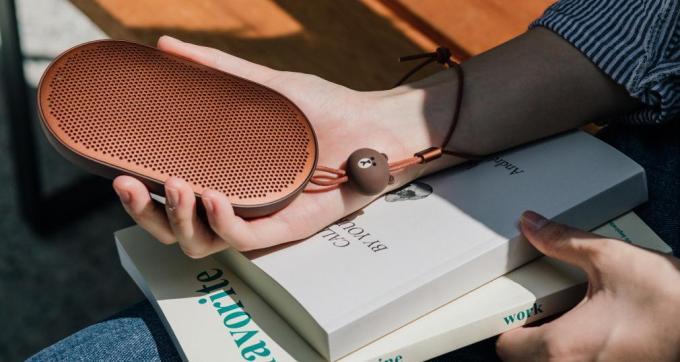 The product may seem frivolous, but it plays into a major strategy from Line, which has seen user growth of its core messaging app stagnate over the past 18 months. Line’s Friends characters have long helped it make sales — its sticker packs make more than $250 million per year — so it makes sense to monetize them beyond digital sales and into physical products, which includes tie-ins with major consumer brands.

That’s a big part of Line’s success. While growth has topped out, Line is adept at finding new ways to make money from the users it already has. Revenue in its recent Q2 2018 was up 20 percent year-on-year despite monthly active user count falling by five million to reach 164 million in the quarter.