NASA has issued a report summarizing its official plans for exploring our solar system, and it makes for exciting reading — if you don’t mind that it comes with a dose of realism. Crewed missions to the moon’s surface; a semi-permanent base orbiting it; a Mars sample return mission; all these and more are there, if not necessarily in the next decade.

The National Space Exploration Campaign is the name of NASA’s overarching plan to stop worrying about low Earth orbit (LEO), ditch the ISS, win the next moon race and then head off to Mars. It was, in a way, commissioned by the President’s Space Policy Directive-1, which directed NASA to focus on expansion and exploration throughout the solar system. A good goal, and fortunately one that the administration has already been pursuing for a long time.

So the plan for the next decade or two looks a lot like it did a few years back, since by necessity these things have to be pursued on extremely long time frames.

The simple truth is that even if we went all-out right now, it would be extremely difficult, not to mention risky, to put boots on regolith within 10 years. It’s not that we couldn’t do it just to say we did, but that any future moon mission would have to be part of a long-term strategy to leverage lunar orbits and landers in the pursuit of interplanetary travel. In other words, we could spend billions for a showy short-term Apollo-style touchdown, or we could invest billions in long-term infrastructure that could lead to meaningful dominance in a number of fields.

To that end, NASA has some short-term goals that are ambitious but achievable, and has locked future projects, like the Lunar Gateway and landers, behind the pending results of those efforts. After all, if the Orion spacecraft and Space Launch System are delayed, or perhaps exceed expectations, that has a material knock-on effect when it comes to using those systems to build and staff a permanent installation in lunar orbit.

NASA has operated launches to LEO, for instance International Space Station resupply missions, for decades. It’s ready to be done with that, and commercial endeavors are ready to take over.

“It is vitally important that a broad customer base emerges in the next few years to supplant NASA’s historically central role in the LEO economy,” the report reads. Its goals here for the next few years are essentially directing funding and contracts while carrying out studies of effectiveness, competition and so on. 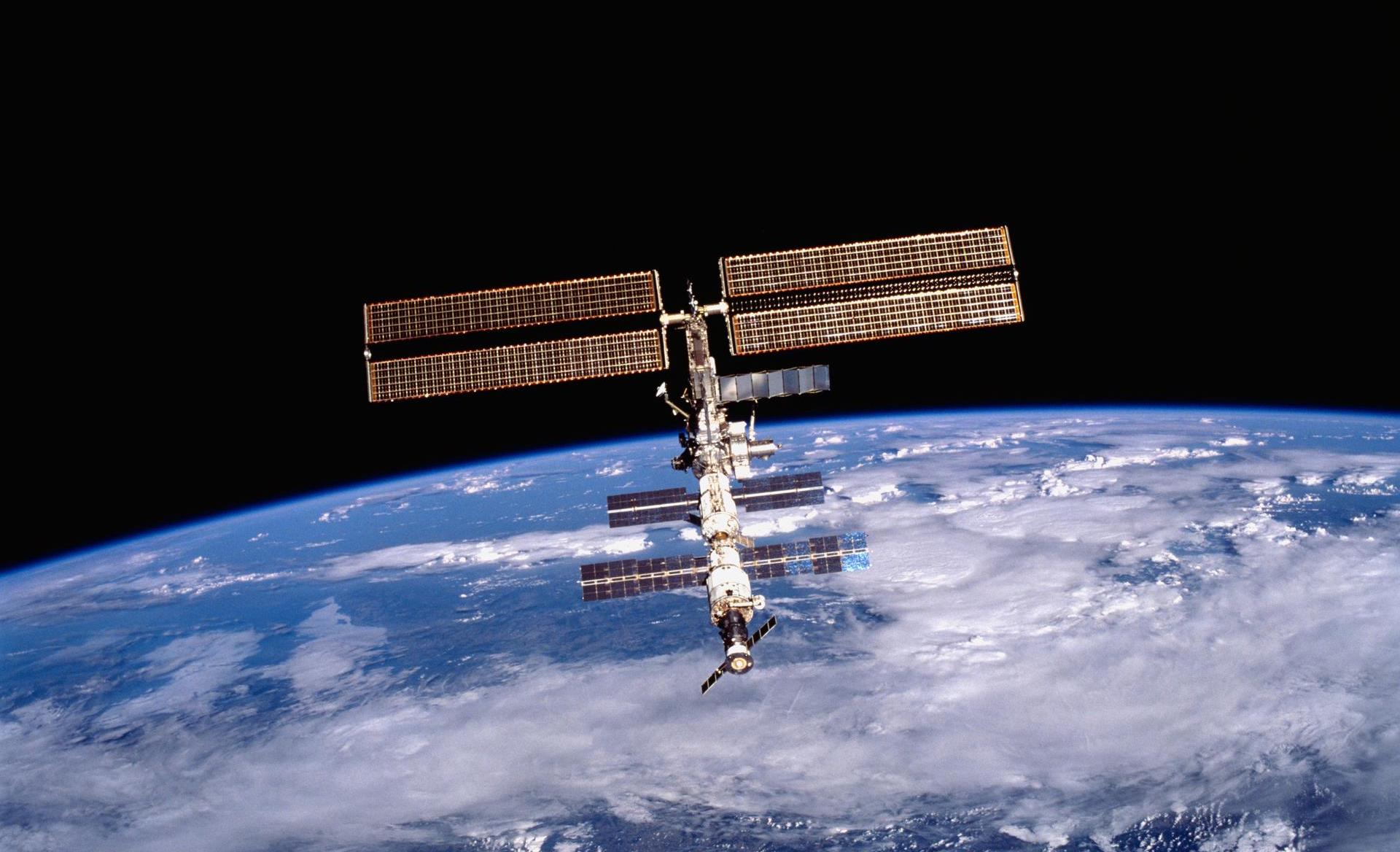 Depending on how this goes, the U.S. could eliminate direct federal funding of the ISS by 2025, instead relying on commercial providers. This doesn’t mean we’d leave the ISS altogether — NASA would just stop being the one bringing up supplies and astronauts.

Indeed, $150 million is earmarked for funding a new Commercial LEO Development program aimed at potentially replacing the ISS altogether — or at least getting the pieces in place to do so. It wouldn’t have to be nearly the same scale, but an orbital platform or two to call our own would be nice.

More generally, getting out of the LEO business frees up a ton of money and resources at NASA, which they can direct toward more ambitious projects. 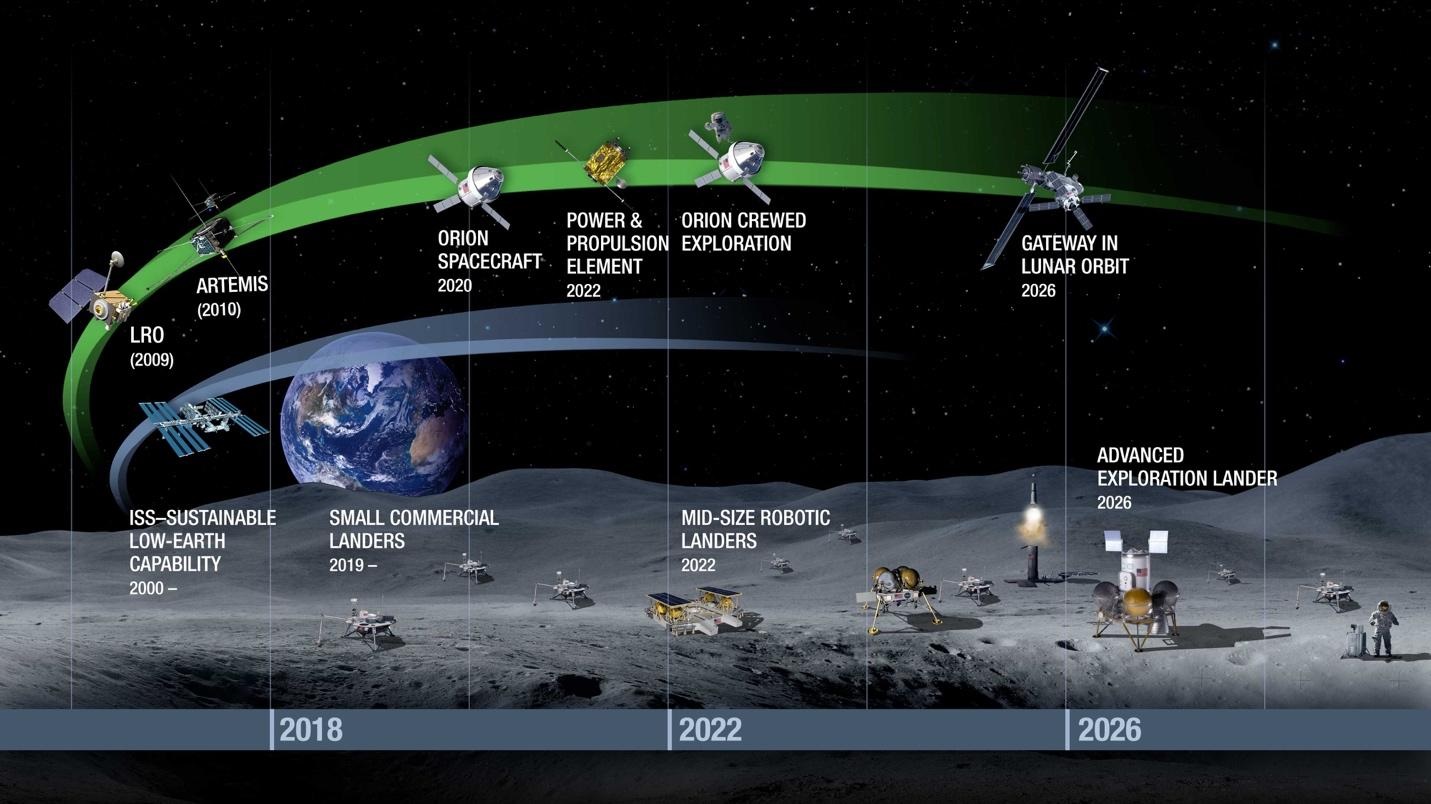 The moon is a fabulous staging area for our planned exploration of the solar system. It’s inhospitable as all hell, meaning we can test things like Mars habitats and space radiation exposure there. It might have a ton of useful minerals underneath its coating of moon dust, and perhaps even some usable water, which would greatly simplify putting a base there.

Unfortunately, the last time anyone stepped foot on the moon was decades ago, and there have been precious few return trips even with robotic landers. So we’re going to fix that.

We’ve got plans for commercial lunar landers and rovers starting as early as 2019 — that is to say, they’ll be in development, not touching down. Based on the cost and success of these, more missions will be commissioned or undertaken in order to improve our basic knowledge of the lunar surface, which is still full of unknowns when it comes to practical applications like drilling, mining and so on.

Meanwhile, the Orion spacecraft and SLS will be getting its first orbital tests in 2020, and if all goes well it could potentially deliver astronauts (and potentially small payloads) to lunar orbit within a few years. After that’s been proven, the cargo-carrying Orion variant could be taking 10 tons of payload to orbit at a time.

This is all preparatory to establishing the Lunar Gateway, a space station in orbit around the moon, which would be staffed by NASA astronauts and used as a deep space test bed and lab. They’re going to try to nail down the basics — volume, mass, materials, technologies — by next year, and want to have the first component in lunar orbit by 2022.

3. Remind everyone that we’re already on Mars

NASA is full of scientists, and asking them about a Mars mission in the future will likely draw glares as they point furiously to the many Mars missions they’re already juggling. The administration’s roadmap, unsurprisingly, focuses more on the near future than the far future. The fact here is that Mars is already a priority and they have major missions planned already, but to say anything about a crewed mission or base would be irresponsible and premature. 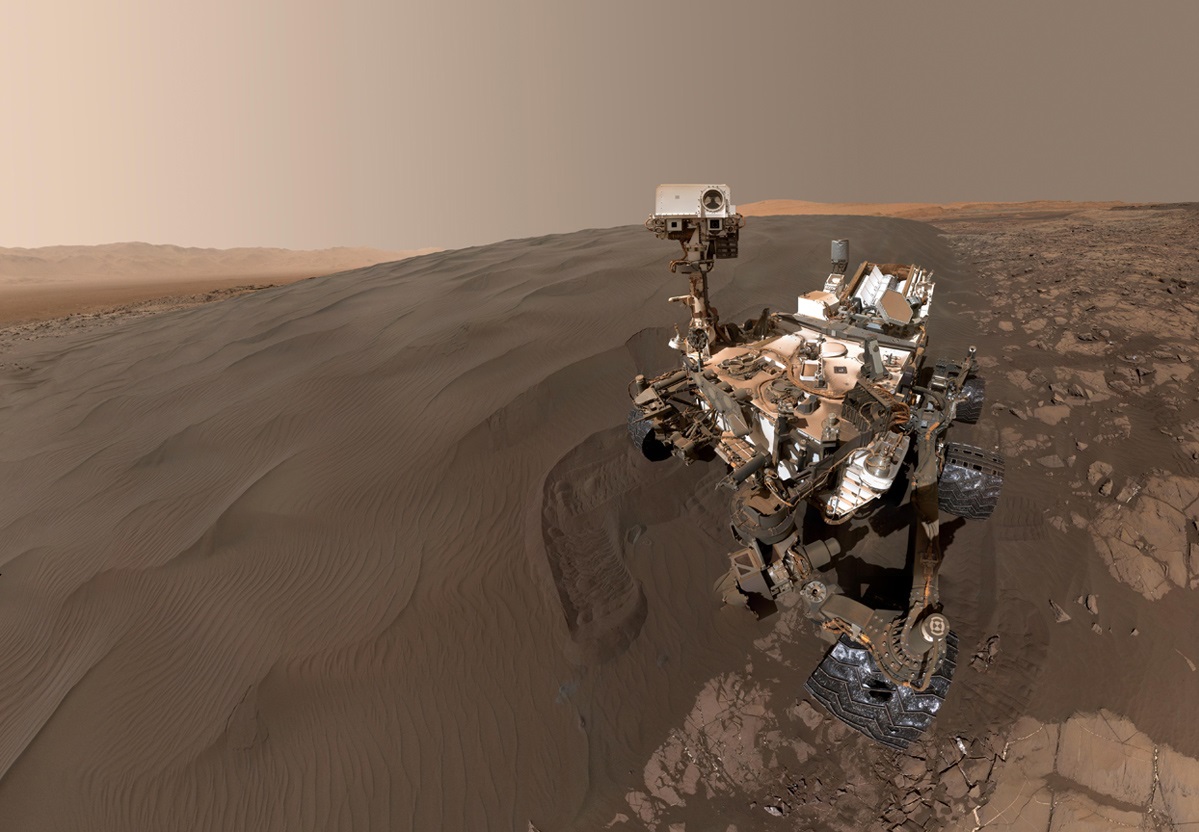 Insight is already en route and will land in November; the Mars 2020 Rover is all set to take off next summer; both will produce all kinds of interesting results critical to planning future missions. Mars 2020 will be bagging up samples for possible return via another mission several years out. Can you imagine what we can do with a cargo hold full of Martian rock? You better believe we want to get that stuff into the lab before we send out an away team.

2024 is the earliest time NASA commits to making a decision about a crewed Mars mission perhaps in the 2030s — and even then it would be an orbital one. Naturally, further missions will depend on the incredibly valuable observations and lessons learned from that mission — so perhaps we’re looking at the late 2030s for boots on Mars.

Is that a bit disappointing? Well, with the rate things are progressing in commercial space, we may very well see a private Mars mission well before that. But NASA is under certain obligations, being a scientific organization and one funded by taxpayers, to justify its work and test it to a degree that private companies may choose not to.

The report is heavy on promises but light on actual policy and hard dates, which is to be expected when many of the goals are far enough out that they can’t be effectively outlined beyond “we’ll know in 2024.” It may be a bit frustrating in this period of rapid advances in space to have such distant and vague goals, but that’s kind of the nature of the business.

In the meantime, it’s not like there’s any shortage of exciting developments from NASA or the many commercial space companies reinventing the entire sector. If you don’t like NASA’s patient approach, you’re welcome to mount your own mission to space — no, really. You wouldn’t be the only one.