Sleep-tracking app Sleep Cycle is bringing a new feature to its Android app to help snoring users track the sleep effects of their rather loud ailment.

Sleep Cycle is a great little app that helps you learn about your quality of sleep and helps wake you up at a time where you’re more likely to wake up feeling refreshed than groggy. There are a lot of smart home sleep trackers that do something similar with a linked pillow sensor, but Sleep Cycle just opts to use your phone’s sensors to gather data, which proves similarly robust. 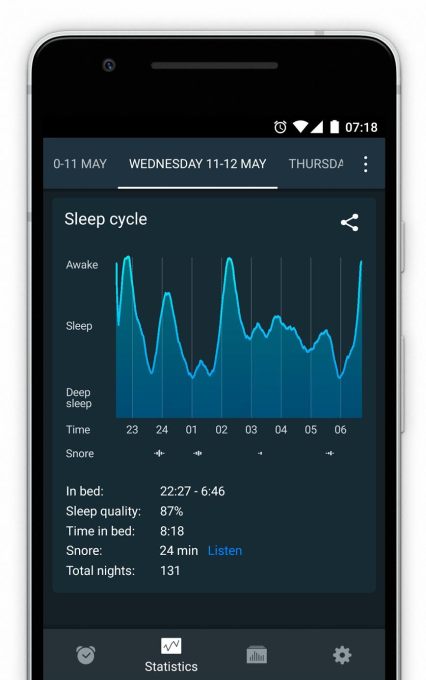 How snore data will integrate into the app’s dashboard

Basically it seems the app pairs the sound measurements with the accelerometer data from the phone placed on your bed and determines how closely tied your snoring is to restless movement, rolling that to help determine its “sleep score” metric.

If you don’t actually know if you’re snoring, the app will clue you into that as well with the feature enabled. You’ll be able to see how many minutes you snored, and listen to it as well.

The new feature is available now for the app’s Android version.

Update: This feature was previously available for iOS.