“There’s nothing like it out there,” says Commander Bill “Doc” Shoemaker (Ret.), chief test pilot for Boom Supersonic, the startup aiming to make a passenger airliner for transoceanic flights at speeds (as you might guess from the name) faster than sound. Shoemaker, a former Navy aviator, fighter pilot and aeronautics engineer, will have the daunting privilege of being the first to fly the company’s proof of concept single-seater during tests next year.

That there’s nothing like Boom is not exactly a controversial opinion — there aren’t a lot of companies out there trying to resurrect supersonic flight. The Concorde is, after all, so well known a cautionary tale of engineering ambition exceeding the constraints of reality that it verges on hackneyed. But Shoemaker isn’t a Silicon Valley startup commentator, he’s a test pilot, and his perspective is that of someone who has worked on and flown dozens of aircraft, including supersonic ones, over his decades-long career. 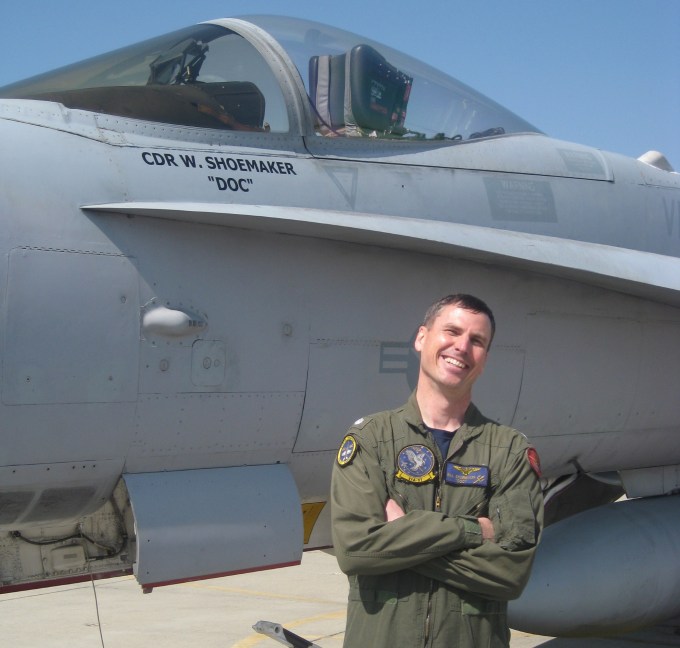 The first question I asked (though not entirely a serious one) when I had a chance to chat with Shoemaker was whether it was a bit premature to have a chief pilot at a company that doesn’t yet have a plane to fly.

“There’s a good reason to have a pilot at this point,” Shoemaker said. As he delicately put it: “Among the team, the pilots are… uniquely committed to the outcome.”

Among other things, test pilots seem to have a knack for understatement. But it’s certainly true.

“You want the operator’s perspective, like how to build the cockpit, how you’ll operate the aircraft. The designer will come to me for that perspective — he’ll say, ‘how can I tweak the design to be more suitable for you?’ You want that cross-industry expertise.”

Boom is making a supersonic airliner, but it’s still mostly a paper plane, if you will. The company’s test craft, the XB-1, however, is being built and should be taking to the air about a year from now. That’s where many of the components, materials and design choices will be flight-proven. Interestingly, however, actually flying the test craft is a rather analog affair. 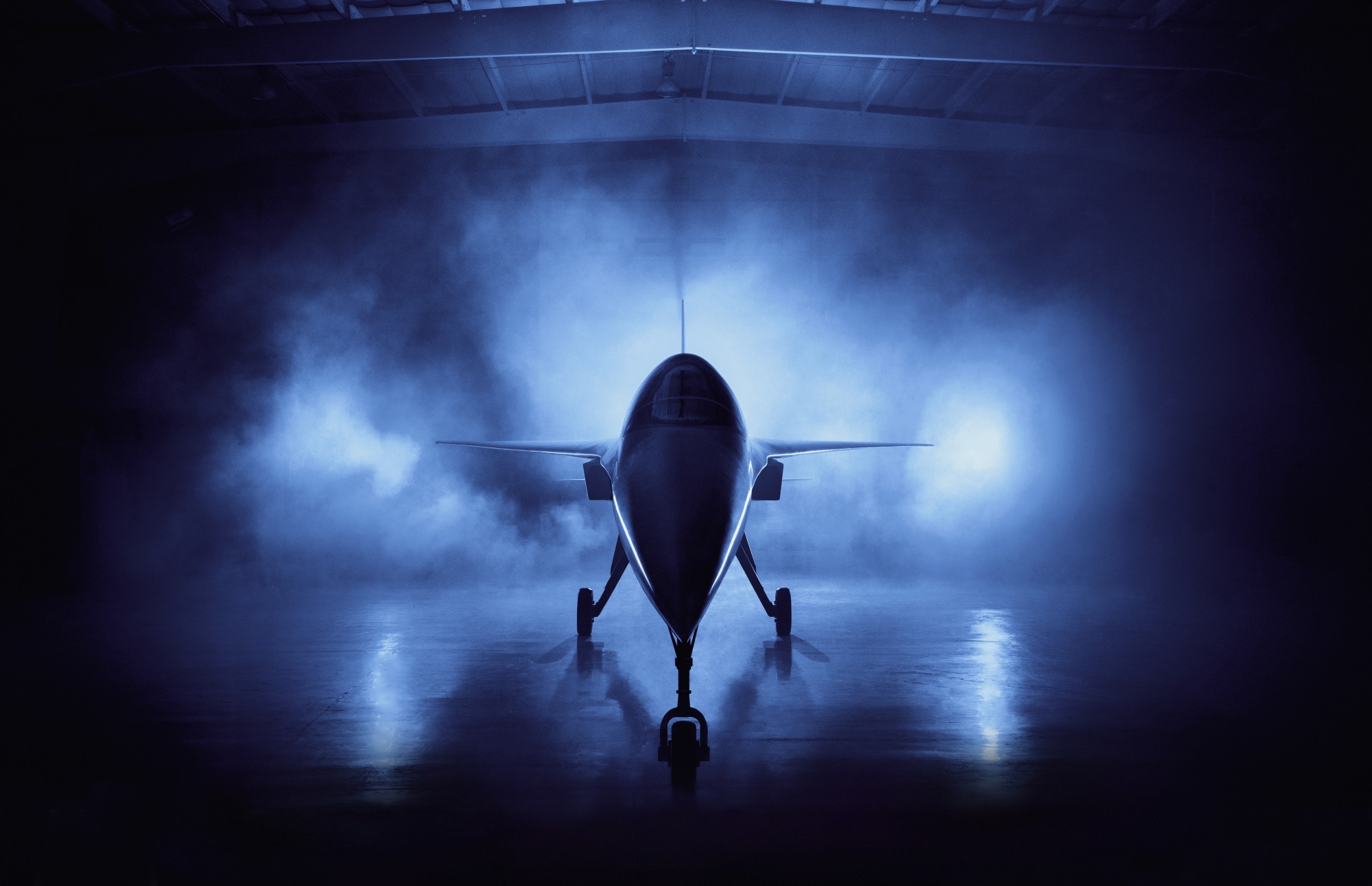 “The aircraft is definitely designed around a philosophy, which is ‘keep it simple.’ We’re not trying to introduce any more tech than we really need to. The flight controls are not fly-by-wire, they’re mechanical,” explained Shoemaker. “It’s going to be an interesting airplane to fly. It goes from 150 knots up to Mach 2.2, and up to 45,000 feet. It’ll be a challenge because of that mechanical stuff, but with what we’re trying to do, keeping it simple makes a lot of sense.”

That’s not to say nothing has changed over the last few decades of aeronautics, a topic in which, if you’ll recall, Shoemaker has a doctorate. Although he said he considers his role as being separate from the flight test engineers who put together the craft he’s flown, he’s still an important part of the team.

He suggested a few areas where he’s seen or expects improvements to the aircraft creation and testing process.

“One is composite materials. That’s huge,” he said, referring to things like carbon fiber and more exotic weaves and alloys that combine a number of desirable characteristics. “The strength and weight improvements offer new opportunities. You know, the Concorde would contract like a foot during flight temperatures, then expand again. Composites don’t do that. All these things make the aircraft lighter, faster and stronger.” 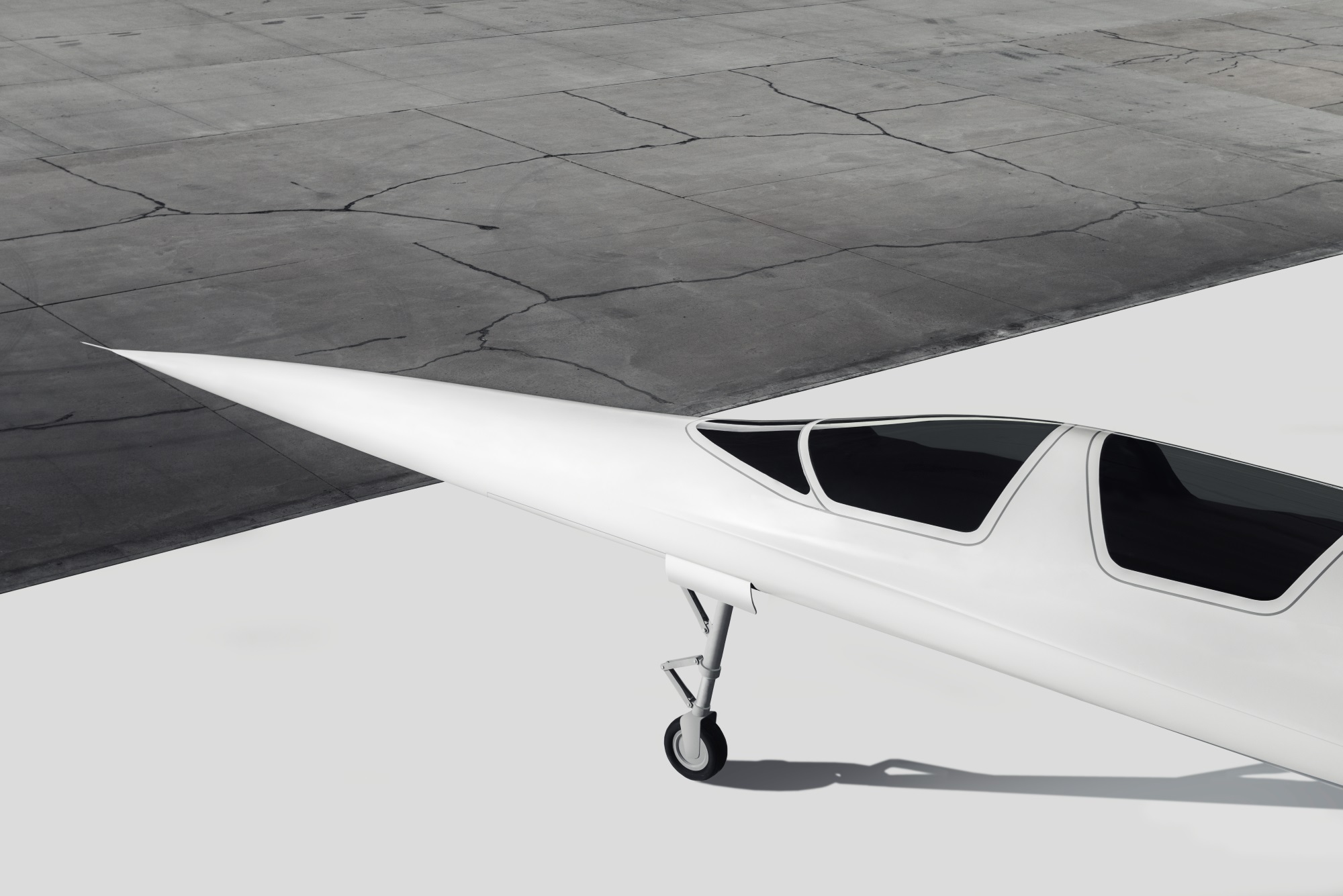 Second, he briefly noted, engine technology these days is “brisk,” especially combined with the materials advances.

“Last,” he said, “the Concorde design was wind-tunnel based, but a lot of the work we do is computation. We can do all the testing they did for the Concorde in a couple days.”

Wind tunnels are still involved, of course, but the models are so good that it’s more for verification than testing. But it also lets designers speed through ideas, evaluating but skipping wild ones without wasting time: “You can look at all these weird corner cases, and explore those very quickly.”

Basic advances in tech mean the team can avoid quirks like the Concorde’s drooping nose, which was there so that pilots could see the runway. “You can imagine all the mechanical complexity that comes with that,” said Shoemaker. “For us we’ll be going with a direct camera or some kind of vision system that’s integrated with all the systems.”

“The airliner itself,” he said, “will be highly augmented [compared to the test jet]. It’ll be fly-by-wire. Its handling qualities are really quite benign across the envelope. It’s surprising, but the way the aircraft handles on one side of the speed of sound isn’t so different from how it handles on the other side.”

Ultimately Shoemaker was optimistic about the whole enterprise, both the company and the prospect of supersonic passenger flight.

“As far as an ambitious project with an ambitious goal, there’s nothing like it out there,” he said. “That’s the value and reward of working with a team this size, a team that really believes they can reinvent and do it better. And it’s well within what we can do with technology — we can do it better than Concorde did, possibly by orders of magnitude.”

As for his part, the test flights set to take place next year, he’s more than a little excited.

“It’ll be a challenge to fly for sure — but it’ll be nice to go that fast again.”