Snapchat’s sagging share price is making it tough to retain talent. Bobby Lo, founder and CEO of mobile search app Vurb that Snap Inc acquired for $114.5 million two years ago is leaving day-to-day operations at the company. That means Lo cut out early on his four-year retention package vesting schedule, which was likely influenced by Snapchat falling to new share price lows. Snap is trading around $9.15 today, compared to its $17 IPO price and $24 first-day close.

That’s down over 7 percent from yesterday following BTIG analyst Rich Greenfield gave Snap a sell rating with a target price of $5 saying “We are tired of Snapchat’s excuses for missing numbers and are no longer willing to give management ‘time’ to figure out monetization.” Greenfield is known as one of the top social network analysts, so people take him seriously when he says “We have been disappointed in SNAP’s product evolution (as have users) and see no reason to believe this will change.” 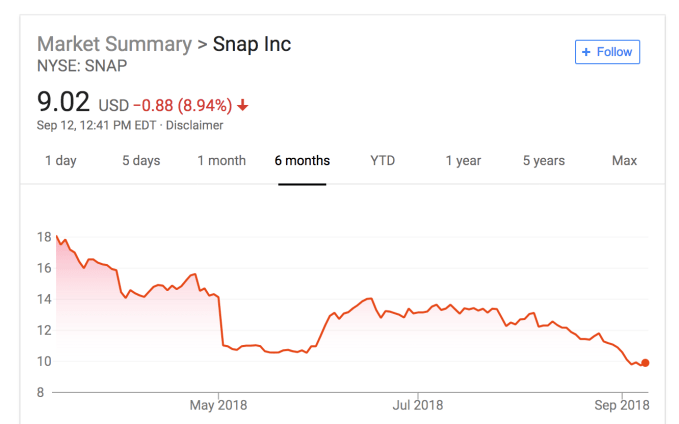 Vurb is a good example of this. The app let users make plans with friends to visit local places, allowing them to bundle restaurants, movie theaters, and more into shareable decks of search cards. It took over a year after the October 2016 acquisition for the tech to be integrated into Snapchat in the form of context cards in search. But Snap never seemed to figure out how to make its content-craving teen audience care about Vurb’s utility. Snap could have built powerful offline meetup tools out of the cards but never did, and lackluster Snap Map adoption furthered clouded the company’s path forward around local businesses. Now Lo tells TechCrunch of his departure, “Building experiences at Snap has been a wonderful culmination of my seven-year startup journey with Vurb. My transition to an advisor at Snap lets me continue supporting the amazing people there while directing my time back into startups, starting with investing and advising in founders.”

Lo was early to embrace the monolithic app style pioneered by WeChat in China that’s become increasingly influential in the states. Snap confirmed the departure while trying to downplay it. A spokesperson tells me, “Bobby transitioned to an advisory role this summer, and we appreciate his continued contributions to Snap.”

Given Snap is known to back-weight its stock vesting schedules, Lo could be leaving over half of his retention shares on the table. That decision should worry investors. As a solo founder, Lo already made off with a big chunk of the acquisition price that including $21 million in cash and $83 million in stock, so with the company’s share price so low, he might have had little incentive to stay. 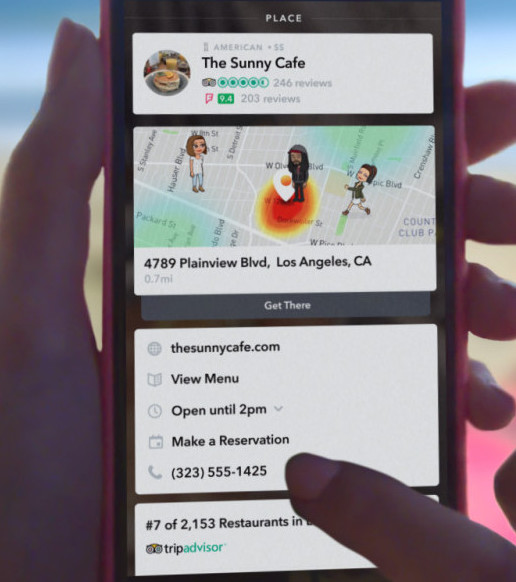 With its user count shrinking, constant competition from Facebook and Instagram, and talent fleeing, it’s hard to see a bright future for Snap. Unless CEO Evan Spiegel, without the help of his departed lieutenants, can come up with a groundbreaking new product that’s not easy to copy, we could be looking at downward spiral for the ephemeral app. At what point must Snap consider selling itself to Google, Apple, Tencent, Disney, or whoever will take on the distressed social network?