As usual, Apple used its annual iPhone event to provide us with a few fresh stats about the state of its business. The most important one came right at the start of today’s event.  Apple CEO Tim Cook announced that the company is about to sell its 2 billionth iOS device. 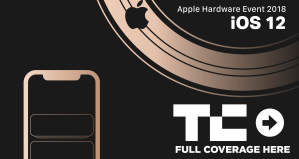 “We’re about to hit a major milestone,” he said. “We are about to ship our two billionth iOS device.”

We know that Apple had shipped about 1.2 billion iPhones by early 2017. This is all iOS devices, though, not just iPhones, so it’s no surprise the number is quite a bit higher.

“This is astonishing,” he said. “iOS has changed the way we live. From the way we learn to the way we work. To how we are entertained to how we shop, order our food and get our transportation and stay in touch with one another.”