Roy Raymond opened a little store called Victoria’s Secret, now one of the most popular lingerie businesses in the world, because he was embarrassed to buy lingerie for his wife in department stores.

The brand was founded on the premise that men needed a safe space to buy lingerie for women and women needed a larger variety of sexy, angelic bras and other intimates to wear for men.

But it’s 2018. Women, today, buy lingerie for themselves. They want to be comfortable and functional and beautiful all at the same time.

“[Victoria’s Secret] was always about the angel and the fantasy and a lot of push up and wire so women’s bodies could conform to a marketing campaign,” said Michelle Cordeiro Grant, founder and CEO of direct-to-consumer lingerie startup Lively, and a former Victoria’s Secret senior merchant. “Inspiring women to be Candice Swanepoel is not feasible for most women in the world. I wanted to create a product that is for women and by women.”

Recognizing the gap in the market for bras that don’t stab you with underwire, she built Lively. To date, the company has raised $15 million in venture capital funding, including a $6.5 million Series A investment from GGV Capital, NF Ventures and former Nautica CEO Harvey Sanders announced today.

Though she began work on Lively before the #MeToo movement, Cordeiro Grant says it pushed the business forward in a big way. In the last year, the size-inclusive startup has seen 300 percent growth. What began as a direct-to-consumer company selling $35 bras and underwear has expanded to offer swimwear, activewear and loungewear. Physical retail is next.

“Women have been ready for a conversation like ours,” she said. 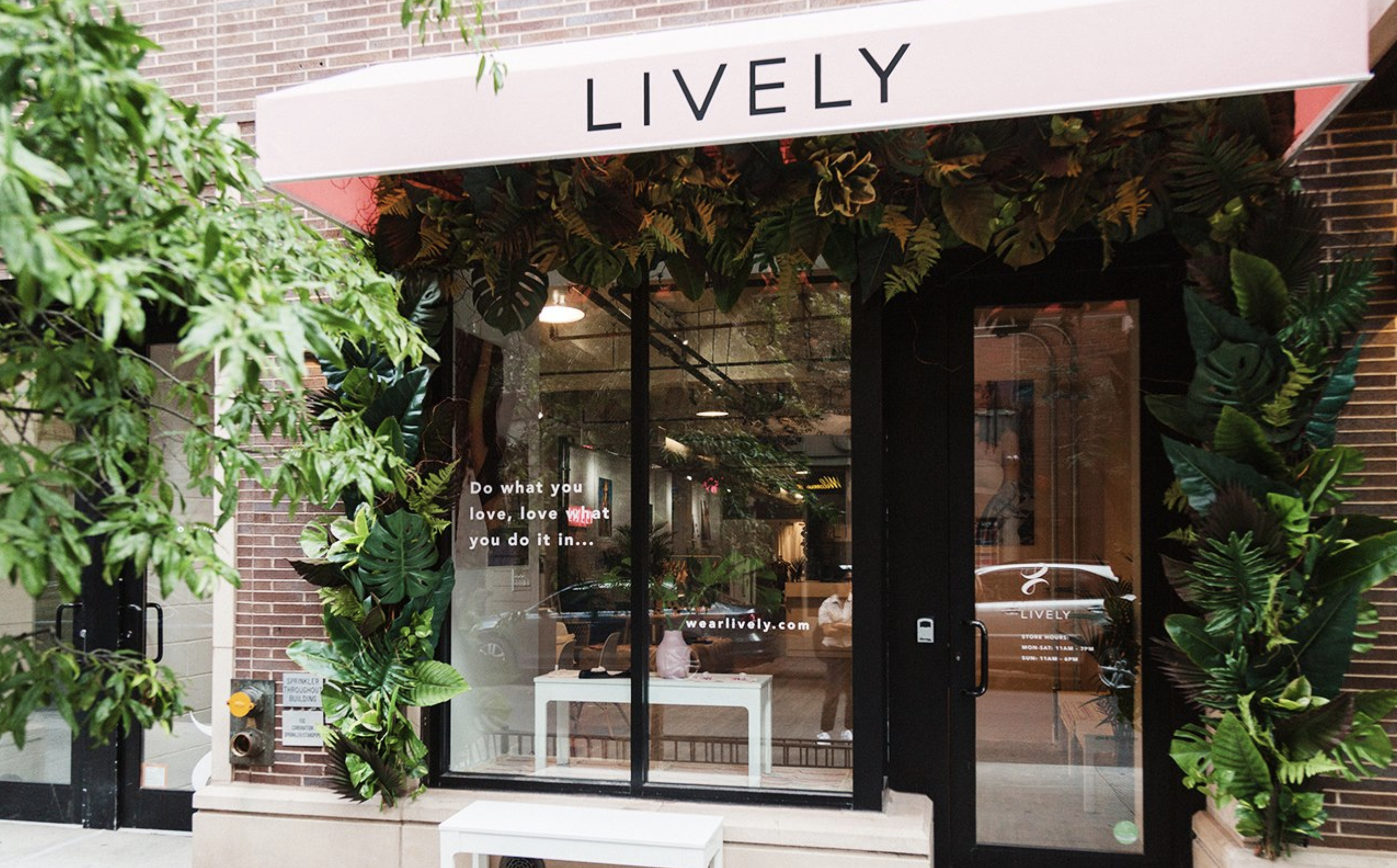 The startup is using the capital to open brick-and-mortar stores, a trend among other e-commerce businesses. The first of several stores in the pipeline, a 2,700-square-foot location, opened in New York City’s SoHo neighborhood this July. Stores in Chicago, Los Angeles and Dallas are also on the docket, as is a partnership with Nordstrom that will have Lively selling a limited distribution of intimates across 11 stores beginning next week.

Lively competes with several other brands of direct-to-consumer lingerie and activewear, including ThirdLove, AdoreMe, TomboyX and Outdoor Voices.

TomboyX picks up $4.3 million Series A