U.S. tech companies continue to be the most active acquirers in the world, says a new report from Crunchbase and Mind the Bridge.

The pair crunched data on 22,000 startup exits since 2010, recording about 4,200 so far this year. U.S. companies, though less active this year than last, have acquired approximately 2x more startups than their European counterparts. 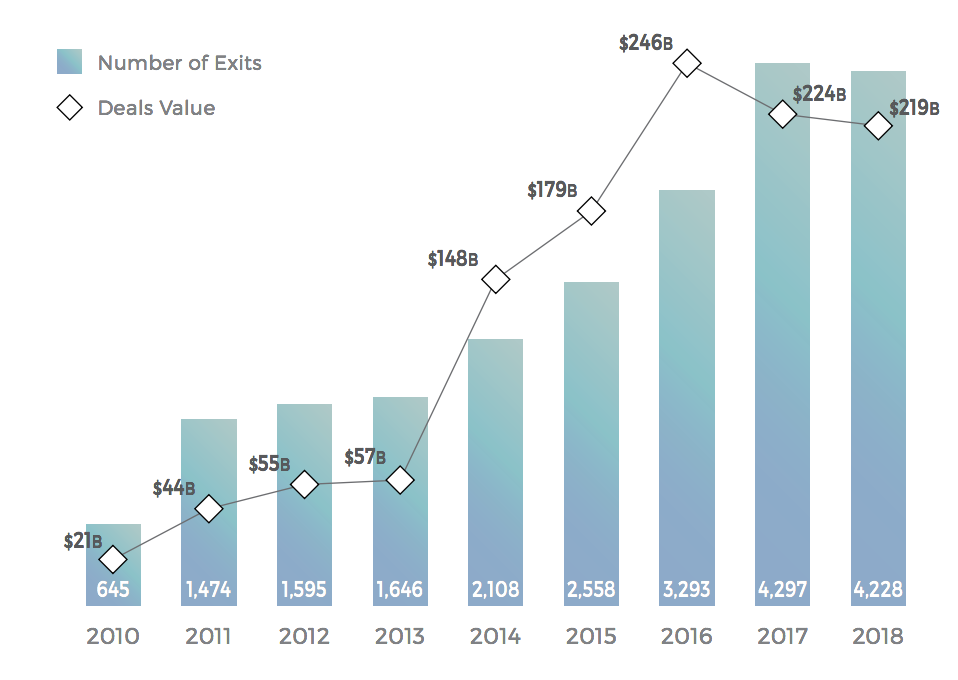 Here are a few key takeaways from the report, which you can read in full here.

US buyers gorge on startups while Europeans nibble