Nigerian digital payments startup Paga is gearing up for an international expansion with $10 million in funding let by the Global Innovation Fund.

The company is planning to release its payments product in Ethiopia, Mexico, and the Philippines—CEO Tayo Oviosu told TechCrunch at Disrupt San Francisco.

Paga looks to go head to head with regional and global payment players, such as PayPal, Alipay, and Safaricom’s M-Pesa, according to Oviosu.

“We are not only in a position to compete with them, we’re going beyond them,” he  said of Kenya’s M-Pesa mobile money product. “Our goal is to build a global payment ecosystem across many emerging markets.”

Founded in 2012, Paga has created a multi-channel network and platform to transfer money, pay-bills, and buy things digitally that’s already serving 9 million customers in Nigeria—including 6000 businesses. All of whom can drop into one of Paga’s 17,167 agents or transfer funds from one of Paga’s mobile apps.

Paga products work on iOS, Android, and basic USSD phones using a star, hashtag option. The company has remittance partnerships with the likes of Western Union and Moneytrans and allows for third-party integration of its app.

Paga has also built out considerable scale in home market Nigeria—which boasts the dual distinction as Africa’s most populous nation and largest economy.

Since inception, the startup has processed 57 million transactions worth $3.6 billion, according to Oviosu. 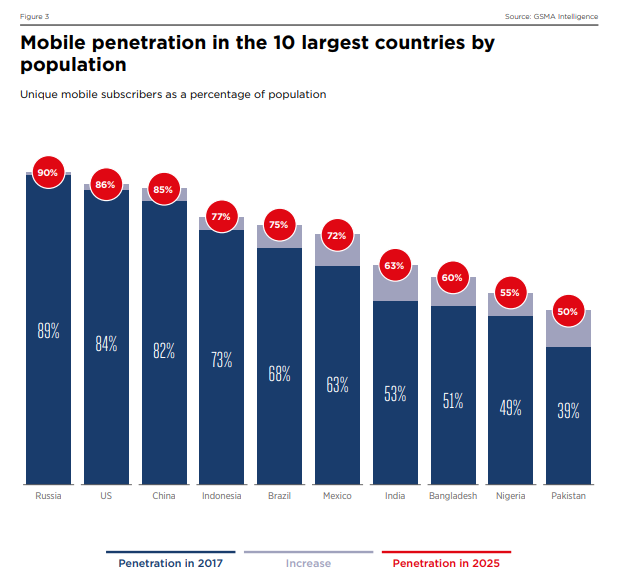 That’s no small feat given the country straddles the challenges and opportunities of growing digital payments. Only recently did Nigeria’s mobile and internet penetration break 50 percent and 40 percent of the country’s 196 million remain unbanked.

For nearly a decade, Kenya’s M-Pesa—which has 20 million active users and operates abroad—has dominated discussions of mobile money in Africa.

Paga and a growing field of operators are diversifying the continent’s payment playing field.

Fintech company Cellulant raised $47 million in 2019 on its business of processing $350 million in payment transactions across 33 African countries.

In Nigeria, payment infrastructure company Interswitch has expanded across borders and is pursuing an IPO. And Nigerian payment gateway startups Paystack and Flutterwave have digitized volumes of B2B transactions while gaining global investment.

So why does Paga—a Nigerian payments company—believe it can expand its digital payments business abroad?

“Why not us?,” said CEO Oviosu. “People sit in California and listen to Spotify that was developed in Sweden. And Uber started somewhere before going to different countries and figuring out local markets,” he added. 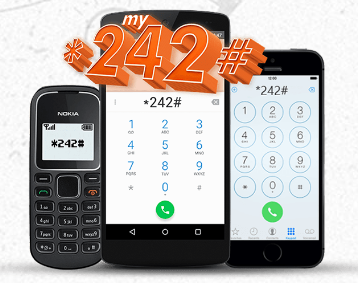 “The team behind this business has worked globally for some of the top tech names. This platform can stand shoulder to shoulder with any payments company built somewhere else,” he said.

On that platform, Oviosu underscores it has positioned itself as a partner, not a rival, to traditional banks. “Our ecosystem is not built to compete with you, it’s actually complimentary to you,” he said of the company’s positioning to big banks—enabling Paga to partner with seven banks in Nigeria.

Paga also sees potential to adapt its model to other regulatory and consumer environments. “We’ve built an infrastructure that rides across all mobile networks,” said Oviosu. “We’re not trying to be a bank. Paga wants to work with the banks and financial institutions to enable a billion people to access and use money,” he said.

As part of the $10 million round (which brings Paga’s total funding up to $35 million), Global Innovation Partners will take a board seat. Other round participants include Goodwell, Adlevo Capital, Omidyar Network, and Unreasonable Capital.

Paga will use the Series B2 to grow its core development team of 25 engineers across countries and continents. It will also continue its due diligence on global expansion—though no hard dates have been announced.

On revenues, Paga makes money on merchant payments, bank to bank transfers, and selling airtime and data. “As we roll out other services, we will build a model where we will make money on savings and lending,” said the company’s CEO.

As for profitability, Paga does not release financials, but reached profitability in 2018, according to Oviosu—something that was confirmed in the due diligence process with round investors.

On the possibility of beating Interswitch (or another venerable startup) to become Africa’s first big tech IPO, Oviosu plays that down. “For the next 3-5 years I see us staying private,” he said.