Nnamdi Okike, a first-generation American whose parents emigrated from Nigeria and Germany, and Aaron Holiday, whose mother worked in the collections department of Sears and whose father was a substance abuse counselor in New Orleans, are not typical venture investors. And their firm, 645 Ventures, which just closed on $40.6 million for its second fund, is certainly not a typical venture fund.

Both men are firm believers in the power of data to help make better investment decisions, and both men are using that belief as the core tenet of their rapidly growing venture capital fund.

Holiday and Okike are using their backgrounds as technology-driven analysts at Goldman Sachs and Insight Venture Partners (respectively) to build a new model for early-stage investing. The two men believe they can have a greater geographical breadth, and reach companies at earlier stages of their development, by leveraging tools that automate the heavy lifting of the investment business.

For Holiday, the growth of 645 Ventures from its first fund of $8 million to the current $48 million under management is a testament to the firm’s technology-first investment thesis. A computer scientist who grew up in New Orleans’ sixth ward and attended Morehouse College, Holiday began his professional career developing algorithms for high-frequency trading at Goldman Sachs.

Not content with just developing the algorithms, Holiday wanted to assume a more active role in managing money and found himself drawn to venture capital. He attended business school at Cornell and began working with the University’s BR Venture Fund, a small $4 million direct investment vehicle for venture capital.

From there he moved to Gotham Ventures, the New York-based affiliate fund of DFJ, and met Okike through an entrepreneur with whom both men were working.

Okike had already been involved in angel investing and had taken a job at Insight Venture Partners in 2002, just after the dot-com bubble burst. As an analyst with the firm, the Worcester, Mass. native (his parents had immigrated to the U.S. from Nigeria) and Harvard alum, tracked the renaissance of the tech industry with Web 2.0 and thought that the data-driven approach that Insight used could be applied to earlier-stage startups.

“What I was seeing was that there was a proliferation of data on startups that you could use to drive an outbound sourcing model on startups,” Okike said. “Insight’s model was a team and using data that they were acquiring manually. What I started to see was that you could automate a lot of the data collection and you could do it earlier.”

The firm uses data analytics and software throughout its operation, from deal sourcing, to deal evaluation and tracking, to portfolio company value-add. The primary aims of using data analytics are to a) create digitized institutional memory across our organization; b) automate many of the manual tasks that VCs perform every day; c) to be able to move more quickly and cover more ground than the typical VC firm, according to Okike.

For instance, the firm analyzes internet web traffic growth to help identify companies that have reached an inflection point in terms of user or consumer demand. For online marketplaces and direct-to-consumer brands, web traffic growth is a proxy for revenue growth. In the case of MM.LaFleur, one of the most compelling signals at the seed stage was the rapid growth in internet traffic, reflecting consumer demand for their “Bento Box” product offering, Okike said.

In terms of deal evaluation, every company the firm assesses for a potential investment is tracked within proprietary 645 software, and all of the firm’s diligence work is tagged and tracked. That way the firm can document how a company’s key characteristics change over time. For example, how the team is growing, how revenue is growing or how unit economics are improving. It gives the firm the ability to be smarter over time in terms of which characteristics are most predictive for success in a given market sector, Okike said.

On the value-add side, VCs frequently leverage their networks to make introductions to prospective customers, partners and investors on behalf of their portfolio companies. However, most VC firms don’t map their networks systematically with the relevant attributes of each individual, so they can easily overlook potentially valuable introductions. They also don’t track the outcomes of the introductions they make. 645 Ventures use software to map the firm’s networks and tag individuals within those networks with the most relevant attributes, so it’s easy for the firm to make the most relevant introductions quickly. 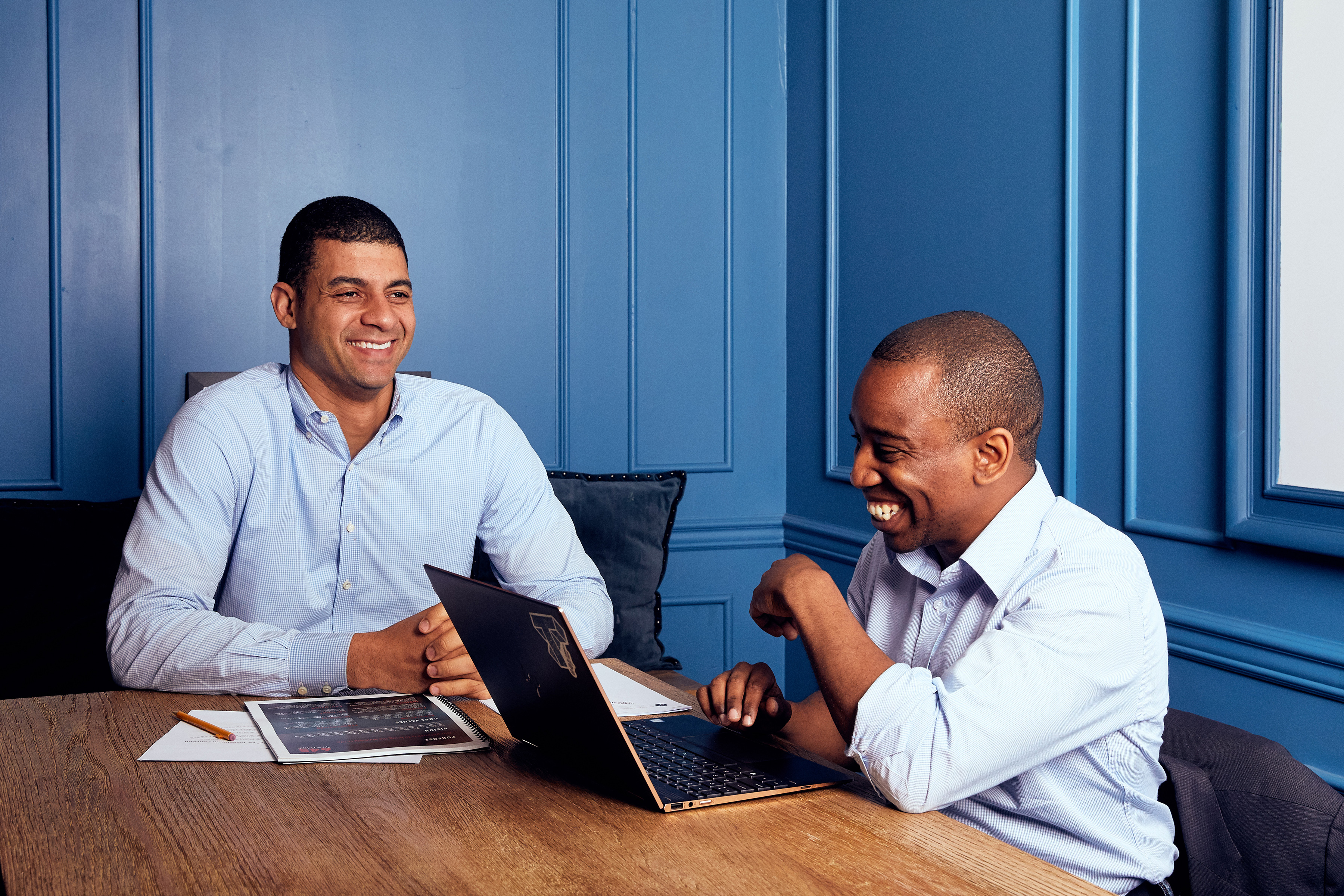 Okike’s observations aligned directly with what Holiday saw too, and after a few conversations the two men raised $8 million for the first 645 Ventures fund in late 2014 and closed in 2015.

That first fund has already garnered successes with deals like MM.Lafleur, the women’s subscription clothing company, and Iterable, a marketing automation business, according to Holiday.

And with the second fund, the firm has attracted notable backers including: Princeton University; the Andrew W. Mellon Foundation; Spelman College; tech investors like Albert Wenger, a general partner at Union Square Ventures; First Round Capital founder Howard Morgan; Ken Chenault, the former chief executive of American Express and a general partner; and chairman at General Catalyst and Mellody Hobson, the president of Ariel Investments.

“We agreed that the next wave of outbound deal sourcing was going to be earlier,” says Okike. And that the firm can uncover great deals across a broader geographical area, when investment decisions are more data driven. “One of our core beliefs is that you can build a geographically distributed fund through better data.”

As for the firm’s name, the local phone code for Martha’s Vineyard both evoked fond childhood memories for Okike and foregrounded the firms numerical and data-driven approach for Holiday. “When you saw the number, alphanumerically, numbers show up at the top of a list before names, so it would be good to have a number as the name of the firm,” Holiday said.