Monument Valley, the award-winning and beautifully designed mobile puzzler from ustwo Games, is being turned into a movie, according to a report from Deadline. While the game involves a manipulating Escher-like architecture in order to guide a princess through her quest, the movie version will feature live-action characters being thrown into the game’s “mind-bending world,” the report says.

Paramount Pictures and Akiva Goldsman’s Weed Road Pictures have selected Patrick Osborne to direct the movie, which the studios hope to turn into a franchise. There’s already more material for them to use, if that’s the case – Monument Valley’s sequel continued the story, this time guiding a mother and a child through the magical architecture.

Osborne won an Oscar for Best Animated Short Film for “Feast,” and is now directing “Nimona” for Fox and Blue Sky, based on the popular graphic novel. That experience could serve him well for this unusual choice. 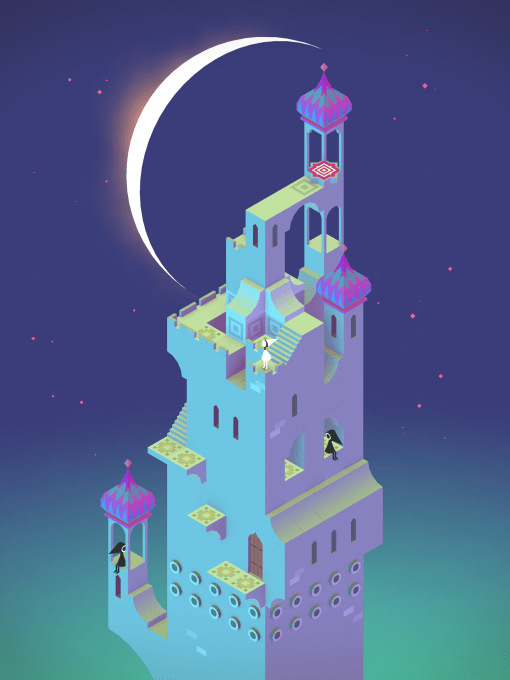 “Monument Valley is a one of a kind experience, at once small in its meditative, simple gameplay, as well as enormous in its sense of history,” Osborne told Deadline, in a statement. “I’m privileged to be handed the reins to Ida’s mysterious kingdom, to play in her world of impossible architecture where seeing things differently is everything. I am thrilled to bring this unique world to theaters with the talented storytellers of Paramount and Weed Road.”

Dan Gray, Head of Ustwo Games also noted the company has been waiting for the right opportunity to bring the game to the big screen.

While it’s common for movie studios to option game material for their films, in this case, the choice appears to be largely based the name recognition Monument Valley offers, and the success of films with virtual worlds, as in “Ready Player One.” The game itself has been downloaded over 160 million times worldwide, giving the film version a built-in audience, and has won a number of awards from Apple and others.

Still, it’s hard to contemplate how Monument Valley will make for a compelling movie – the game’s storyline is minimal, lacking in dialog, and really only uses the character as a means of moving players from one puzzle to the next. The beauty of the game is its gorgeous animations and overall design, which are combined with a mesmerizing soundtrack to make gameplay more of a meditative experience. Whatever story will be told by the movie will be largely original, then, it seems.

Deadline says the studio is now looking for a screenwriter to craft that tale alongside Osborne. A release date was not announced.