Microsoft announced this morning it’s bringing Minecraft: Education Edition to the iPad for the first time. The game, which first launched to the public in late 2016, has been previously available in schools on Windows 10 devices and on macOS. The iPad software will roll out to schools starting in September, the company says.

If the school is licensed through Microsoft 365 for Education (A3 or A5), teachers will already have access to Minecraft: Education Edition and may be able to download it onto iPads when it launches. However, the school administrator will need to assign the available licenses to the teachers who want to use it, in that case.

For schools without a license, there are volume licensing agreements available through the Microsoft Store for Education and other resellers. Schools pay for the software on an annual subscription basis, but are able to try it out for free for up to 25 teacher logins, and 10 student logins. 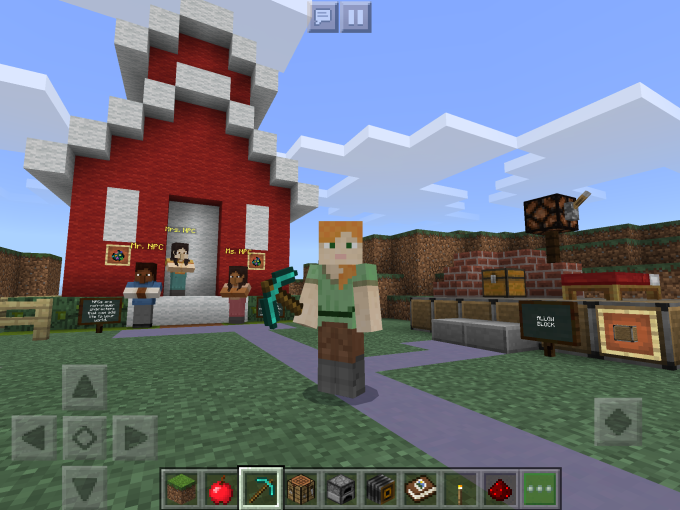 The iPad version of the app will include the “Update Aquatic,” which allows school children to create stories, experiment with chemistry, and document their learning via the camera and portfolio features. Other lessons in Minecraft: Education Edition can teach subjects like STEM, history, language, art, and more.

When Microsoft bought the game company, it was already being used in over 7,000 classrooms across 40 countries worldwide, even without Minecraft’s official involvement. Today, Microsoft says the software has been licensed by 35 million teachers and students across 115 countries.

“Minecraft: Education Edition on iPad unlocks new and intuitive ways of collaborating and sharing and has revolutionized the way our students and teachers explore curriculum and projects,” explained Kyriakos Koursaris, Head of Education Technology for PaRK International School, in a statement about the launch. “The features allow for deep and meaningful learning, and the values it promotes, from inclusivity to 21 century skills, empower everyone to use technology with extraordinary results,” Koursaris said.

In addition to the iPad launch, Microsoft said it’s bringing one of Minecraft: Education Edition’s resource packs to the consumer version for Windows 10 and Xbox.

These players can now use the Chemistry Resource Pack that will introduce elements and items that are craftable using chemistry features. With this installed, players create elements and combine them into compounds, build a periodic table and combine materials using chemistry to create new items like helium balloons, sparklers, latex, and underwater torches, Microsoft says.

To use this, parents will need to go to the “Create New World” option in the game, and toggle on “Education” under the “Cheats” menu.