It’s been a while since I defragged — years, probably, because these days for a number of reasons computers don’t really need to. But perhaps it is we who need to defrag. And what better way to defrag your brain after a long week than by watching the strangely satisfying defragmentation process taking place on a simulated DOS machine, complete with fan and HDD noise?

That’s what you can do with this Twitch stream, which has defrag.exe running 24/7 for your enjoyment.

I didn’t realize how much I missed the sights and sounds of this particular process. I’ve always found ASCII visuals soothing, and there was something satisfying about watching all those little blocks get moved around to form a uniform whole. What were they doing down there on the lower right hand side of the hard drive anyway? That’s what I’d like to know.

Afterwards I’d launch a state of the art game like Quake 2 just to convince myself it was loading faster.

There’s also that nice purring noise that a hard drive would make (and which is recreated here). At least, I thought of it as purring. For the drive, it’s probably like being waterboarded. But I did always enjoy having the program running while keeping everything else quiet, perhaps as I was going to bed, so I could listen to its little clicks and whirrs. Sometimes it would hit a particularly snarled sector and really go to town, grinding like crazy. That’s how you knew it was working. 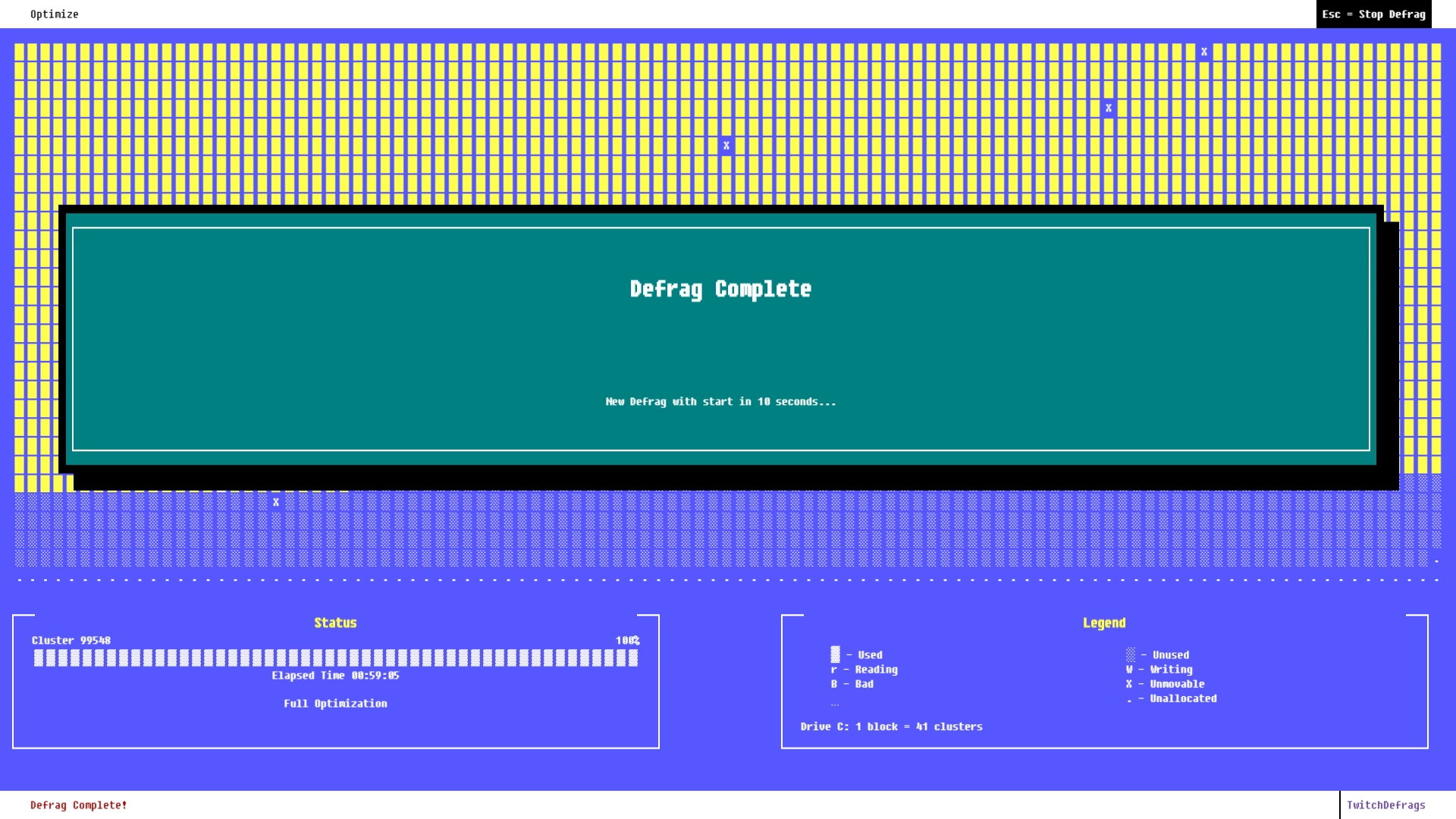 The typo is, no doubt, deliberate.

The whole thing is simulated, of course. There isn’t really just an endless pile of hard drives waiting to be defragged on decades-old hardware for our enjoyment (except in my box of old computer things). But the simulation is wonderfully complete, although if you think about it you probably never used DOS on a 16:9 monitor, and probably not at 1080p. It’s okay. We can sacrifice authenticity so we don’t have to windowbox it.

The defragging will never stop at TwitchDefrags, and that’s comforting to me. It means I don’t have to build a 98SE rig and spend forever copying things around so I have a nicely fragmented volume. Honestly they should include this sound on those little white noise machines. For me this is definitely better than whale noises.