Twitter tried to downplay the impact deactivating its legacy APIs would have on its community and the third-party Twitter clients preferred by many power users by saying that “less than 1%” of Twitter developers were using these old APIs. Twitter is correct in its characterization of the size of this developer base, but it’s overlooking millions of third-party app users in the process. According to data from Sensor Tower, six million App Store and Google Play users installed the top five third-party Twitter clients between January 2014 and July 2018.

Over the past year, these top third-party apps were downloaded 500,000 times.

This data is largely free of reinstalls, the firm also said.

The top third-party Twitter apps users installed over the past three-and-a-half years have included: Twitterrific, Echofon, TweetCaster, Tweetbot and Ubersocial.

Of course, some portion of those users may have since switched to Twitter’s native app for iOS or Android, or they may run both a third-party app and Twitter’s own app in parallel.

Even if only some of these six million users remain, they represent a small, vocal and — in some cases, prominent — user base. It’s one that is very upset right now, too. And for a company that just posted a loss of one million users during its last earnings, it seems odd that Twitter would not figure out a way to accommodate this crowd, or even bring them on board its new API platform to make money from them.

Twitter, apparently, was weighing data and facts, not user sentiment and public perception, when it made this decision. But some things have more value than numbers on a spreadsheet. They are part of a company’s history and culture. Of course, Twitter has every right to blow all that up and move on, but that doesn’t make it the right decision.

To be fair, Twitter is not lying when it says this is a small group. The third-party user base is tiny compared with Twitter’s native app user base. During the same time that six million people were downloading third-party apps, the official Twitter app was installed a whopping 560 million times across iOS and Android. That puts the third-party apps’ share of installs at about 1.1 percent of the total.

That user base may have been shrinking over the years, too. During the past year, while the top third-party apps were installed half a million times, Twitter’s app was installed 117 million times. This made third-party apps’ share only about 0.4 percent of downloads, giving the official app a 99 percent market share.

But third-party app developers and the apps’ users are power users. Zealots, even. Evangelists.

Twitter itself credited them with pioneering “product features we all know and love,” like the mute option, pull-to-refresh and more. That means the apps’ continued existence brings more value to Twitter’s service than numbers alone can show.

They are part of Twitter’s history. You can even credit one of the apps for Twitter’s logo! Initially, Twitter only had a typeset version of its name. Then Twitterrific came along and introduced a bird for its logo. Twitter soon followed.

Twitterrific was also the first to use the word “tweet,” which is now standard Twitter lingo. (The company used “twitter-ing.” Can you imagine?) 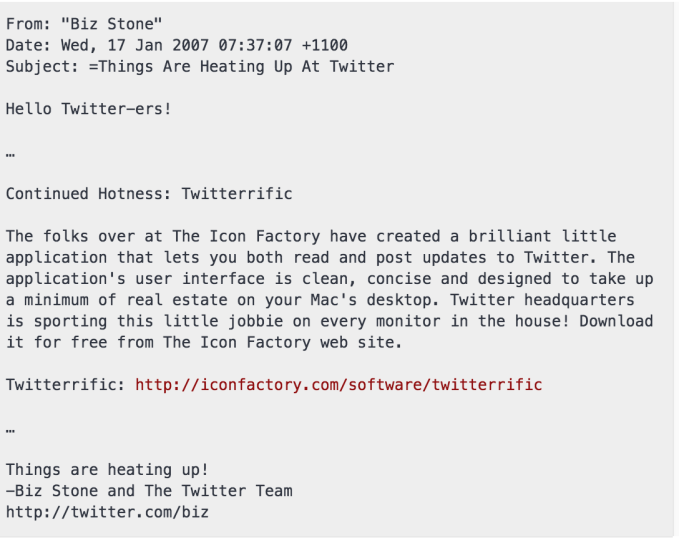 These third-party apps also play a role in retaining users who struggle with the new user experience Twitter has adopted — its algorithmic timeline. Instead, the apps offer a chronological view of tweets, as some continue to prefer.

Twitter’s decision to cripple these developers’ apps is shameful.

It shows a lack of respect for Twitter’s history, its power user base, its culture of innovation and its very own nature as a platform, not a destination. 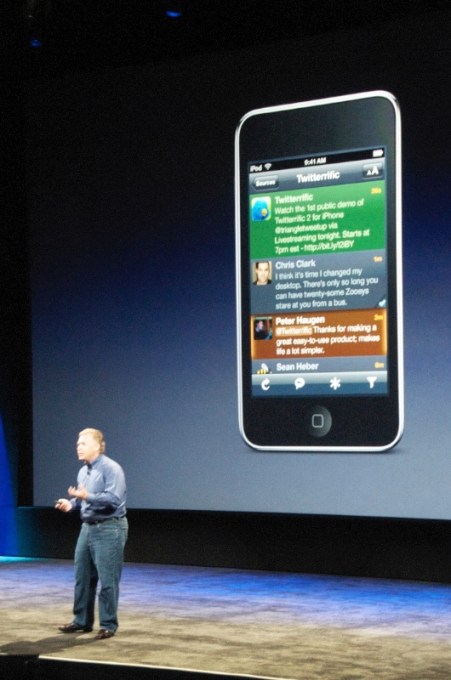