A report posted to Comichron notes that comic stores are still the biggest source for revenue while $90 million is attributable to digital downloads.

“After a multiyear growth run, the comics shop market gave back some of its gains in 2017, with lackluster response to new periodical offerings and, consequently, graphic novel sales,” wrote Comichron’s John Jackson Miller. “The third quarter of 2017 saw the worst of the year-over-year declines, leading into what has turned out to be a stronger spring for stores in 2018.” 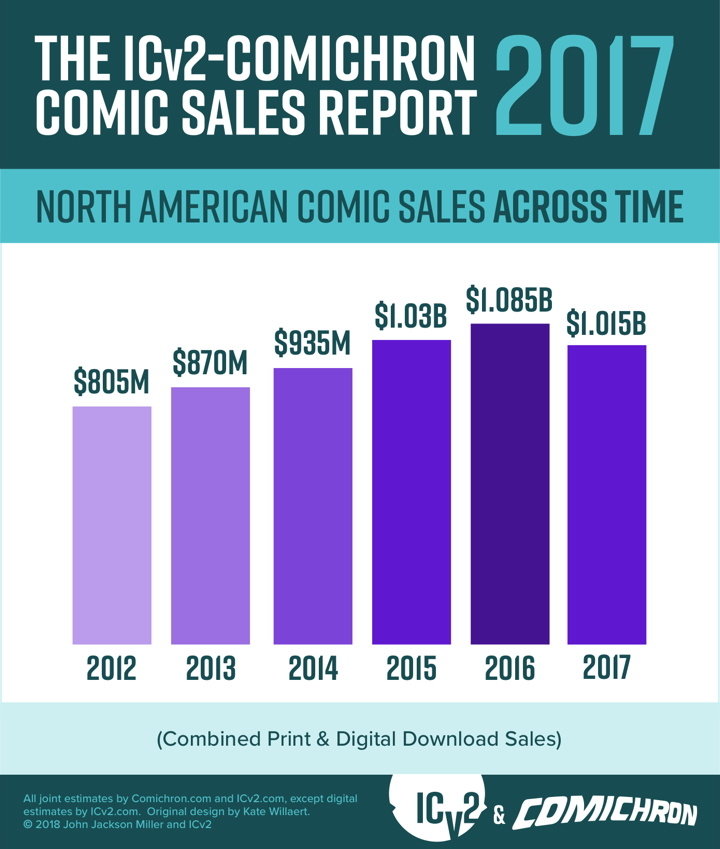 In a pattern that is now familiar in publishing, kids comics and graphic novels helped buoy the market. The same thing is happening regularly in the book market with kids titles selling briskly in print while adults abandon softcovers and hardcovers for digital downloads. While the “floppy” comic book is still clearly popular, the digital download is outpacing subscription sales but it still minuscule in comparison to print.

Interestingly, Comichron breaks up sales into comics, graphics novels, and digital downloads and it would be enlightening to compare digital sales broken up by book style. That said, it’s fascinating to see the medium change as consumption models shift to devices.