The round was led by Iconiq Capital with help from existing investors Andreessen Horowitz, Amasia, Scale Ventures, Section 32 and Work-Bench. With today’s round, the company has now raised $120 million.

As technology like artificial intelligence and internet of things advances, it’s giving the company an opportunity to expand its platform. Dialpad products include UberConference conferencing software and VoiceAI for voice transcription applications.

The company is competing in a crowded market that includes giants like Google and Cisco and a host of smaller companies like GoToMeeting (owned by LogMeIn), Zoom and BlueJeans. All of these companies are working to provide cloud-based meeting and communications services.

Increasingly, that involves artificial intelligence like natural language processing (NLP) to provide on the fly transcription services. While none of these services is perfect yet, they are growing increasingly accurate.

VoiceAI was launched shortly after Dialpad acquired TalkIQ in May to take this idea a step further by applying sentiment analysis and analytics to voice transcripts. The company plans to use the cash infusion to continue investing in artificial intelligence on the Dialpad platform. 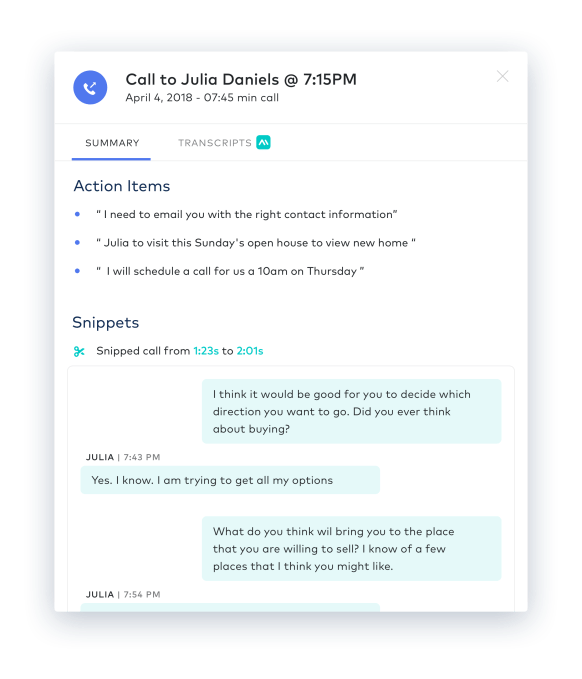 CEO Craig Walker certainly sees the potential of artificial intelligence for the company moving forward. “Smart CIOs know AI isn’t just another trendy tech tool, it’s the future of work. By arming sales and support teams, and frankly everybody in the organization, with VoiceAI’s real-time artificial intelligence and insights, businesses can dramatically improve customer satisfaction and ultimately their bottom line,” Walker said in a statement.

Dialpad is also working with voice-driven devices like the Amazon Alexa and it announced Alexa integration with Dialpad in April. This allows Alexa users to make calls by saying something like, “Alexa, call Liz Green with Dialpad” and the Echo will make the phone call on your behalf using Dialpad software.

According to the company website, it has over 50,000 customers including WeWork, Stitch Fix, Uber and Reddit. The company says it has added over 10,000 new customers since its last funding round in September, 2017.