Last year, Twitch announced a suite of tools called Extensions, that allow streamers to customize their channel pages with interactive features, including polls, leaderboards, schedules and more. Today, Twitch is making Extensions even more useful by allowing streamers to run up to three of these overlays at the same time on their video, plus three more below the video player, for a total of six that can be active on their channel at any time.

This update, Twitch says, will allow streamers to better customize their channels in unique ways, while engaging and retaining their fans.

To enable multiple Extensions, streamers will visit their channel dashboard’s redesigned Extensions Manager, where Extensions can now be sorted by category, like Extensions for Games, Music, Streamer Tools, and others. There’s also a “Partner Picks” section here which is where top creators are sharing their favorites. 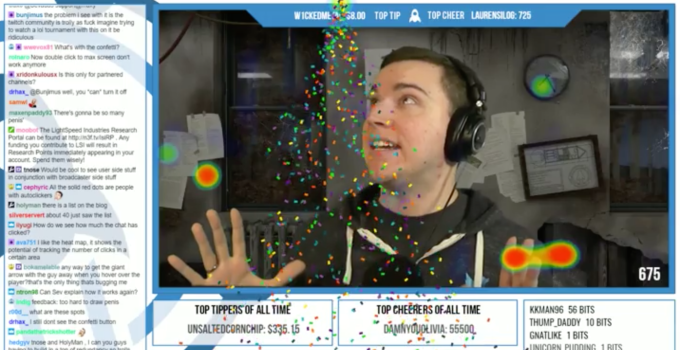 Alongside the launch, a number of developers have released new and updated Extensions that are designed to work with one another. However, Twitch does note that there will be some exceptions based on the area needed to display the Extension itself. That is, you can’t put overlays on top of one another.

In addition to the better customization options, there’s another reason why streamers may be interested in adding multiple Extensions: monetization.

In April, Twitch introduced a new revenue stream for creators and developers alike with the launch of Bits in Extensions. This allows developers to customize their Extensions with other interactive experiences they can charge for using Bits. That allows viewers to pay using Twitch’s virtual currency to unlock the features, and the streamer gets a portion of the revenue for hosting the Extension on their channel. By combining multiple Extensions that use Bits on their channel pages, streams and developers will be able to generate additional revenue thanks to this expansion.

Twitch says there are over 250 Extensions live today, over 30 of which can be combined with others, and 35 that offer paid experiences via Bits. There are thousands of Extensions in development, as well.

All channels will be able to use the new customization options starting today.