Bird, the electric scooter company that first launched in Los Angeles, is reportedly raising $150 million in new financing led by Sequoia Capital, according to Bloomberg. The round would value the company at $1 billion. Bird declined to comment for this story.

This comes after Bird raised $100 million on a $300 million valuation back in March. That same month, Bird deployed its scooters in San Francisco, San Jose and Washington, D.C. Below are confirmed funding rounds from electric scooter companies. However, Lime is reportedly trying to raise up to $500 million. 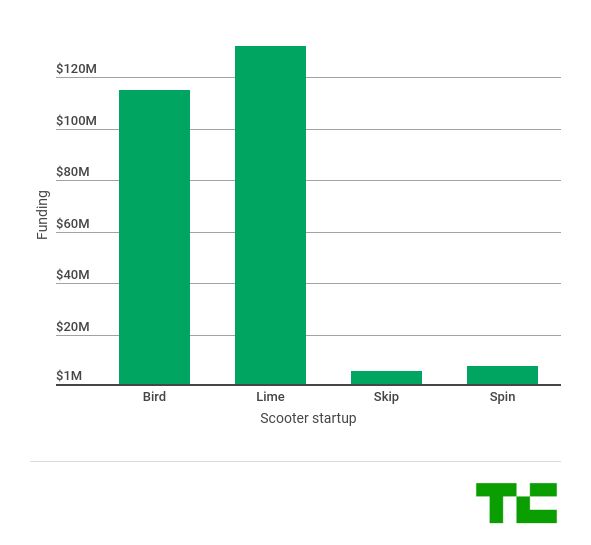 In San Francisco, Bird, Lime and Spin must remove their scooters from the streets by June 4. If a company receives a permit to operate, which the San Francisco Municipal Transportation Agency will notify them of sometime in June, they will be able to redeploy their scooters.

Lime, Bird and Spin have to temporarily remove scooters from SF