You’ll soon have more options for staying secure on Facebook with two-factor authentication.

Facebook is simplifying the process for two-factor verification on its platform so you won’t have to give the company your phone number just to bring additional security to your device. The company announced today that it is adding support for third-party authentication apps like Duo Security and Google Authenticator while streamlining the setup process to make it easier to get moving with it in the first place. 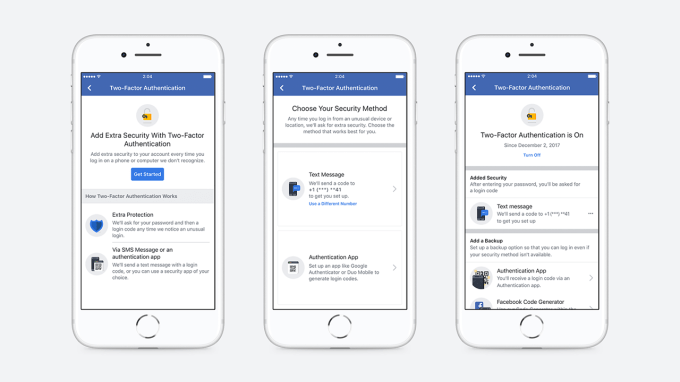 Two-factor authentication is a pretty widely supported security strategy that adds another line of defense for users so they aren’t screwed if their login credentials are compromised. SMS isn’t generally considered the most secure method for 2FA because it’s possible for hackers to take control of your SIM and transfer it to a new phone through a process that relies heavily on social engineering, something that isn’t as much of a risk when using hardware-based authentication devices or third-party apps.

Back in March, Facebook CSO Alex Stamos notably apologized after users started complaining that Facebook was spamming them on the phone numbers with which they had signed up for two-factor authentication. They insisted that it won’t happen again, but it also definitely won’t if they don’t have your number to begin with.

The new functionality is available in the “Security and Login” tab in your Facebook settings.