Mark Zuckerberg got to cherry-pick the questions he wanted to answer from EU Parliament after it spent an hour taking turns rattling off queries in bulk before leaving just a half-hour for his batched responses. Zuckerberg immediately trotted out his dorm room story of not expecting Facebook’s current duty to safety and democracy, and repeated his pledge to broaden the company’s responsibility. While he’s vowed to have his team follow-up with point-by-point replies, he managed to escape the televised testimony without any newsworthy gaffes.

The public will have to wait for canned, written responses to the toughest questions about why Facebook didn’t disclose the Cambridge Analytica issue immediately, how it uses shadow profiles and what he thinks about Facebook, Instagram and WhatsApp being broken up. If Zuckerberg played it safe during his U.S. congressional testimony by being boring, he dodged scandal here by using the abbreviated format to bend the testimony toward his most defensible positions.

Asked how the format was selected, a Facebook spokesperson tells me it was decided by the European Parliament. Facebook apparently only gave some guidelines about Mark Zuckerberg’s time. A UK member confirmed this is the standard format for Parliament meetings

Facebook CEO Zuckerberg is testifying before European Parliament, and he is expected to face questions about privacy and the Cambridge Analytica data scandal.

Zuckerberg initially resisted the Brussels meeting with Parliament (technically not a “testimony”). Then it was slated to be private before public outcry led to the livestreaming of the session. While the questions were more pointed than those asked by U.S. congress, the overall feel with Zuckerberg seated next to Parliament members rather than in the hotseat before them gave the meeting a less consequential tone.

The Facebook CEO used his short answer period to explain that he feels like there’s plenty of new competition for Facebook, and that it actually aids competition by offering tools to enable small businesses to challenge big brands online. He cited that “dozens of percents” of European users have gone through Facebook’s GDPR settings, rolling them early so they’re dismissible until the May 25th deadline because, “The last thing we want is for people to go through the flows quicker than they need to and just hit OK.” That ignores the dark pattern designs built into that GDPR privacy flow, that while temporarily dismissible, does coerce users to consent by visually downplaying the buttons to opt out of giving Facebook data.

Zuckerberg laid out his thoughts about the future of regulation for social networks, noting that “Some sort of regulation is important and inevitable, and the important thing is to get this right.” He said that regulations would need to “allow for innovation, don’t inadvertently prevent new technologies like AI from being able to develop, and of course to make sure that new startups — the next student sitting in a college dorm room like I was — doesn’t have an undue burden in being able to build the next great product.” That’s positive, since blunt regulation could create a moat for Facebook. 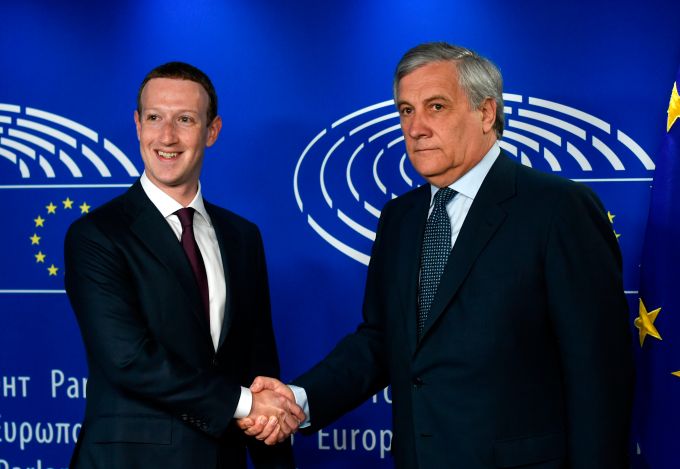 But when Zuckerberg concluded his testimony, noting “I want to be sensitive to time because we are 15 minutes over” the scheduled 75-minute session length, several EU officials spoke up, angry that they felt their questions had been ignored. “Will you allow users to escape targeted advertising? I asked you six yes-or-no questions and got not a single answer, and of course, well, you asked for this format for a reason,” stated one member of Parliament. “I’ll make sure we follow up and get you answers to those,” Zuckerberg coldly responded. “We’re going to have someone come to do a full hearing soon to answer more of the technical questions as well.”

The combative atmosphere at the conclusion of the testimony means Facebook could encounter soured regulators in the future who might be emboldened by their disappointment in his appearance. Zuckerberg might have avoided losing the minds of the EU by dodging damning topics, but he sure didn’t win the hearts of Europe’s lawmakers. 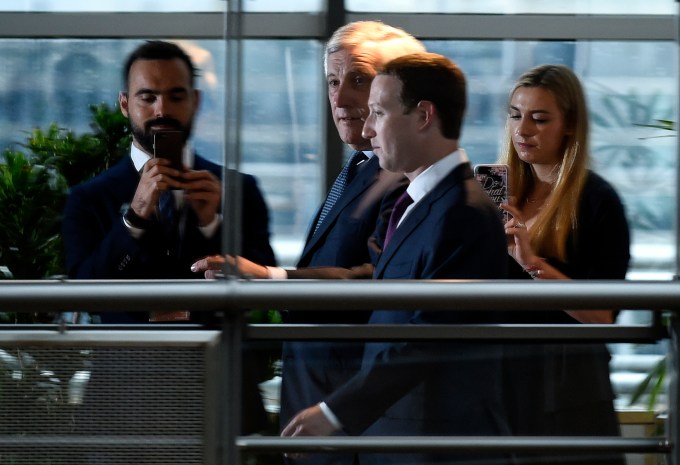