Cryptocurrency is cool, but you know what’d be even cooler? If people used it to buy things.

That they don’t, because it’s either not secure or simply too hard to use, is a problem that a growing number of founders is trying to tackle. Among them is Merit, a new digital currency and wallet startup that aims to be as simple to use as traditional payment apps like PayPal and Venmo and that officially launches today.

The idea is to make it easy enough for to use to split a bill or shop for clothing online — even for the crypto illiterate — by building a layer atop the blockchain that requires a lot less processing power by the humans who use it. 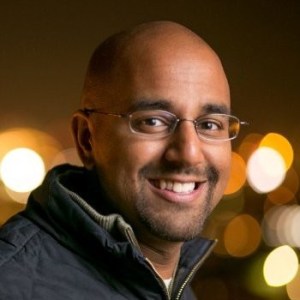 Naturally, Merit is facing a daunting uphill battle in a world suddenly chock-full of cryptocurrencies competing for mindshare. But that isn’t dissuading its founder and CEO, Adil Wali, who previously cofounded and served as the CTO of indie womenswear brand ModCloth. (To the chagrin of some of its customers, ModCloth sold to Walmart last year after several rounds of layoffs.) Wali has since started two more companies, and he’s clearly not afraid to see where an idea takes him.

This particular idea, which Wali and nine other full time employees are working on from Seattle, involves a few interesting facets that could potentially help the currency gain traction.

First and foremost, Merit says it’s removing barriers to entry to blockchain investments and payments by making the Merit cryptocurrency as easy to send as a tweet. Users can also send the Merit cyptocurrency via different communication channels, whether SMS, WhatsApp, or email. (Wali insists this is possible today, not at some theoretical date in time.)

It’s invitation-only, which is a newer twist. How it will work: new Merits will  awarded based not only on proof-of-work, which is the norm more generally, but proof of growth. In seeding the system by sending out invites — most of which will come from Merit’s team directly from now, as well as select miners — Merit hopes to foster a fast-growing community of users. (They’ll tell their friends, and they’ll tell their friends, and so on, and so on.)

Wali also says that Merit has created a new kind of “vault” for users, one that eschews any kind of reliance on the kind of third parties that often centralizing users’ currencies today. (Hello, Coinbase.) A user can create a vault for his or her family, for example, one that only a family member can access through a passcode and that has rate limits. Why: so if anyone tries to hack into that account, that nefarious individual cab only send, say, 100 Merit, before a family member was notified and able to reset the vault.

Also interesting, to us, is simply how Merit is structured, which is as a self-funded nonprofit. That’s partly so its currency can establish a value organically, versus through a valuation established by outside investors. In fact, Wali says he has personally invested $1 million into Merit to prove out that Merit’s software can work. But Wali also says that unlike many crytpocurrency projects in the last year that have promised technological advances in white papers, he didn’t want to discuss Merit publicly until he had already built it.

Of course, even if it’s ready for prime time, there  are plenty of challenges it has to overcome if it hopes to see its software widely adopted — which is its reason for being.

At some point, for example, Merit will need to get listed on a cryptocurrency exchange (or many of them) in order to become truly liquid currency. Wali acknowledges that there’s no promise that that will happen, but sounds an optimistic tone, noting the “explosion in the number of exchanges” and offering that Merit will “work its way up that list, approaching the smaller exchanges first and, as the adoption of Merit grows, presenting a stronger case to go after bigger exchanges.”

Merit also needs retailers and other corporate partners to take it seriously enough to accept it, which will take time if it happens at all.

Wali acknowledges the conundrum, observing that “crypto has to go through this crawl-walk-run trajectory” as a way to explain why peer-to-peer transactions are the first way that people will use Merit. Assuming hat takes off, though, he believes that Merit will “talk more with merchants,” he says.

As Wali says he knows well from working in retail for more than a decade, “Retailers’ first question is always, ‘How many people use this?’ In this case they’ll want to know, ‘If I accept this payment method, what does this open up to me?'”

Says Wali, “I want to have a good answer for that.”