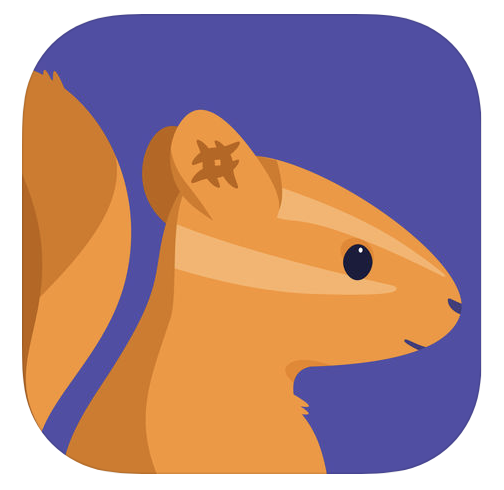 Messaging apps collectively passed the 5 billion mark for monthly active users last year, with Facebook’s WhatsApp and Messenger on track now to pass 2 billion users apiece. With messaging’s popularity showing no signs of slowing down, a new app is entering the fray in hopes of catching the wave. Yahoo has quietly launched a new iOS and Android messaging app called Squirrel, focused specifically on friend, family and work groups that want to exchange messages and share photos, links and other media.

The key with Squirrel is that access to any group is by invitation-only. That is, you invite people with a link, no need to access your wider set of contacts as part of the process of picking up new group members. That is a critical detail, given both Yahoo’s reputation in the wake of its massive data breach a couple of years ago; and the fact that some may now be turning off to just how much data messaging-dominant platforms like Facebook might have about you, starting with your contacts.

Squirrel was first spotted earlier by AndroidPolice, and Oath (Yahoo’s parent company, which also owns TC) has since confirmed to us that the app is in test mode. The ability to kick off a conversation group is also currently in invitation-only mode, and appears to require a Yahoo login to get started for now.

“At Oath, we’re always looking for creative ways to add value to our members’ lives,” a spokesperson said in an emailed statement. “We listen closely and frequently test new product ideas based on research and feedback. Right now we’re experimenting with a new invite-only messaging app focused on improving group communication in everyday life.”

Yahoo has had a mixed track record when it comes to messaging apps. Yahoo Messenger, first launched 20 years ago in 1998, was one of the early movers and leaders in instant messaging in the days when it was mainly a computer-based chat service. But like other services in that first generation of messaging, its role and functions were swiftly surpassed by faster and more functional mobile-based services, and specifically mobile messaging apps (notably, WhatsApp was created by ex-Yahoo employees).

In the years since, Yahoo has had moderate (but far from blockbuster) success with Yahoo Messenger on mobile, which today ranks at 160 on iOS and 117 on Android in the social networking category, according to App Annie. Other attempts at building new messaging products have been short-lived.

Messaging can be a tough nut to crack.

Squirrel is hoping to find traction by digging into the group experience first rather than offering yet another direct messaging option to users with a group option tacked onto that.

It works a little like old-style IRC, or, if you like, new-style Slack, minus the hundreds of app integrations. Those in a group get access to a main room, and have the option of creating side-rooms for separate topics or conversation threads, which can potentially include 1:1 conversations.

Rooms that are not relevant to you can be muted, and those who are given administration access can send out “blasts”, or alerts for priority messages. All activity in a group also gets logged in a separate feed that highlights your mentions.

From what I understand, some of what Yahoo is trying to do is build a new product around how it sees people already sharing content and conversations in groups in email and its other communications products.

It’s not the only one spotting that opportunity. In addition to the group features of most mobile messaging apps, Facebook — in its new push for “community” — has been expanding and revamping its own approach to groups across its range of products. There are also a fair number of group-first apps, with business-user options including the likes of Slack and Teams, and those for consumers including GroupMe. Is there room for a little Squirrel in the forest of apps?

The idea will be to keep the product in a semi-closed, invite-only mode while Yahoo continues to tweak it, with the plan being to roll it out more widely, making the ability to start a new group open to anyone. We’ll update with more as we learn it.