Only a couple of days before Google I/O 2018, one of the biggest VR announcements from last year’s developer conference is finally coming to light. Lenovo’s Mirage headset is now on sale for $399. The standalone device is unique largely because of its inside-out tracking, a technology that has not been available on a VR headset widely sold stateside.

The Mirage Solo arrives just a couple of days after Facebook opened sales of the much cheaper $199 Oculus Go, so how does the Daydream headset that’s double the price stack up?

Well first off, Google’s WorldSense tracking is wildly impressive. The inside-out tracking tech is among the best I’ve ever demoed on a headset. While playing titles like Extreme Whiteout, I was able to use the headset’s tracking to move from side to side while skiing down a mountain; Merry Snowballs gave me the ability to dodge snowballs while firing my own at pesky kids using the standard Daydream controller.

The build of the headset is pretty solid. Bulkiness and a lack of sexiness are foregone conclusions for VR tech in general right now, and yes, this rig also has those issues. While the rigid PSVR-like visor head strap is certainly very comfortable, it also makes the headset a bit difficult to transport, which is arguably pretty essential to a standalone VR headset. I wish there was integrated audio, but the headset does include some little earbuds. 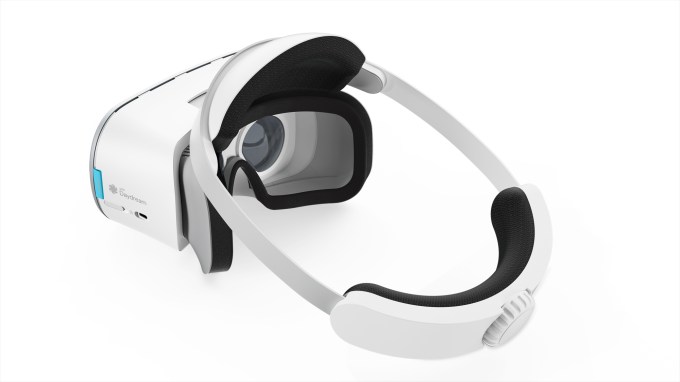 The headset charges via USB-C and has a microSD card slot that can expand its 64GB of onboard memory. A big advantage this headset has over others is its battery life, which spans two or three hours of gameplay on a charge, which seems good enough for sure.

The titles that make specific use of WorldSense certainly gain something new, but it still feels as though the tech is wasted on a platform that limits your movements so heavily to only a step or two in each direction. While the Mirage headset operates on Snapdragon’s 835 chipset, unlike Qualcomm’s own 835 VR platform, a Google employee tells me WorldSense on Mirage could be capable of full room-scale tracking.

This limitation is hardly Lenovo’s fault; Google should have waited another year and introduced a more defined high-end platform that integrated tracked controllers. Instead, what we’re left with is a piece of hardware that’s capable of so much but is limited by the content platform that has to optimize for the lowest common denominator. This may have worked better had HTC launched its Vive Focus on the Daydream platform as was originally planned, but it seems the struggling Taiwanese tech company realized that hardware margins would be tight and they had little to gain unless they owned the platform. 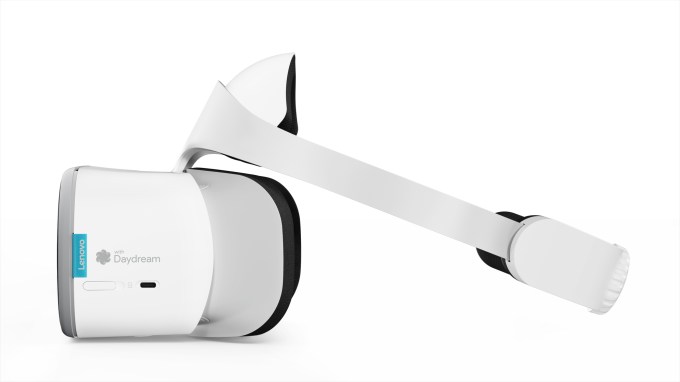 This all leaves Lenovo in a shitty, yet familiar, position where they are the first to buy into an “emerging” Google platform but are left as the only entrant. Just as Lenovo’s Phab 2 Pro was the first (of two) smartphones to build in Tango AR functionality, without other WorldSense headsets, developers are going to have a tough time justifying building apps that make extensive use of the WorldSense feature. If that happens, the headset-tracking will turn into a feature that is mainly one for comfort, rather than changing gameplay.

Compared to the standalone headsets that have come before it, the Lenovo Mirage is a steal at $399, but with the $199 Oculus Go launching this week as well, I have a tough time recommending the Mirage over the Go. Oculus has invested so much more time into its core apps than Google has, and while the WorldSense positional tracking is exceptionally impressive from a tech perspective, without tracked controllers the experience for the end consumer is only improved a bit.