Consumer spending in global app stores will total $106.4 billion by the end of the year and $156.5 billion by 2022, according to a new report from App Annie out this morning. The 2018 figure is down a bit from the $110 billion the firm was estimating back in December. Much of the growth continues to come from the Asia-Pacific region, where China is easily maintaining its position as the world’s largest app market, and accounts for 40 percent of worldwide spend. 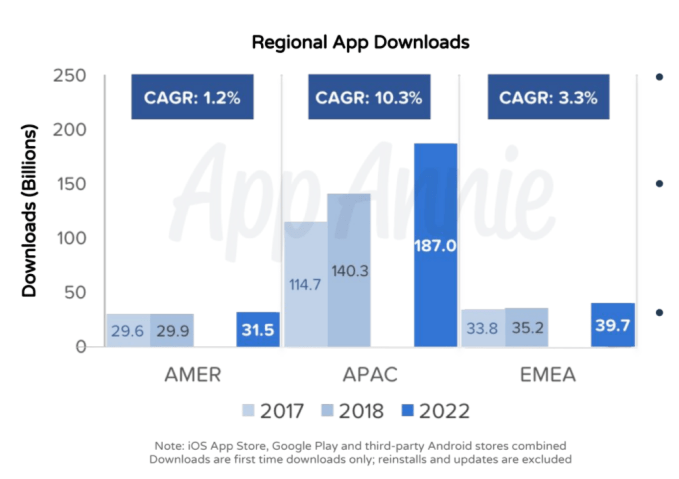 Download growth through 2022 will come from Asia-Pacific markets including India, Indonesia, and Vietnam, as well as, more specifically, the rural areas of China. Meanwhile, growth in the Americas will be driven by Brazil, and in the EMEA region, by Egypt, the Ukraine, Poland, and Russia.

Meanwhile, the more stable and mature markets like the U.S. and Japan will see their annual downloads stabilize by 2022, the report forecasts. Downloads will remain high, however, with an average of 21 new apps downloaded per year per device in the U.S., and 15 in Japan.

But the increase in apps and less frequent downloads will lead to publishers spending more to acquire each new user. 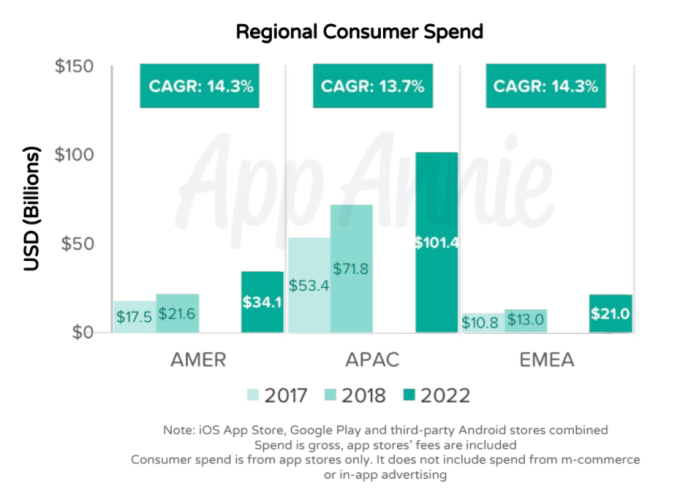 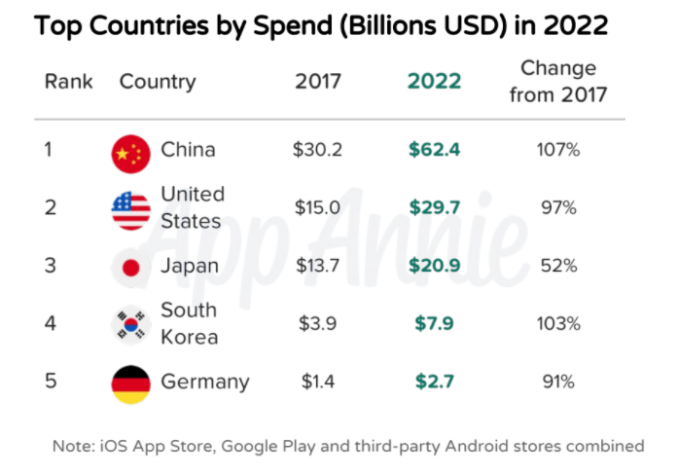 Japan’s spend per device will top $140 by 2022 – nearly six times the global average, and by far the highest worldwide.

The U.S. will see its spending per device nearly double by 2022 when it tops $60, by comparison. 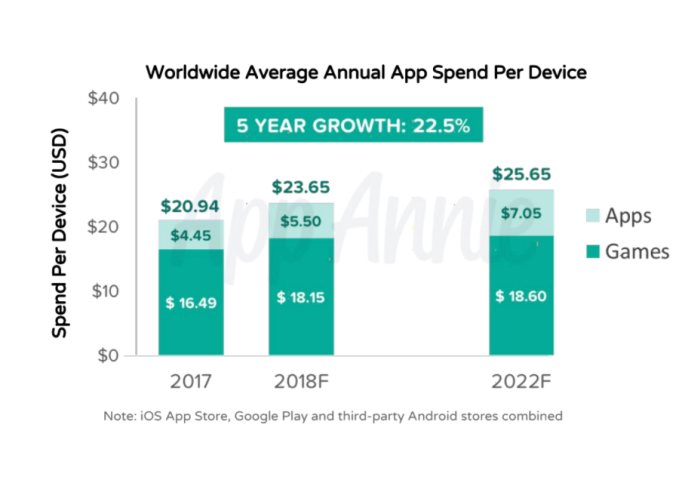 Games, of course, will remain the main source of consumer spending, but other apps will gain ground from 2017 to 2022. During this time, spend outside of games will increase by $75 billion. This will be due to subscription revenue growth in dating apps and music and video streaming apps, App Annie says.

The full report is available from App Annie’s website.