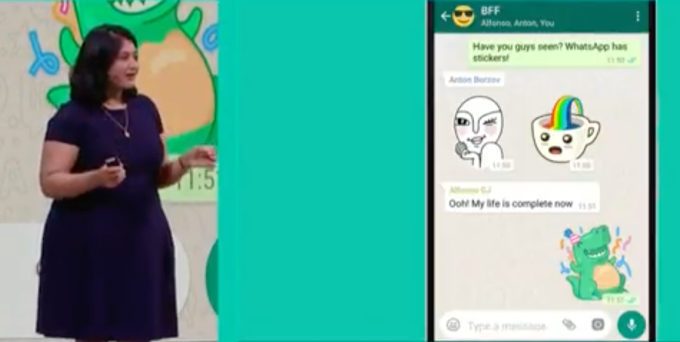 WhatsApp is getting stickers 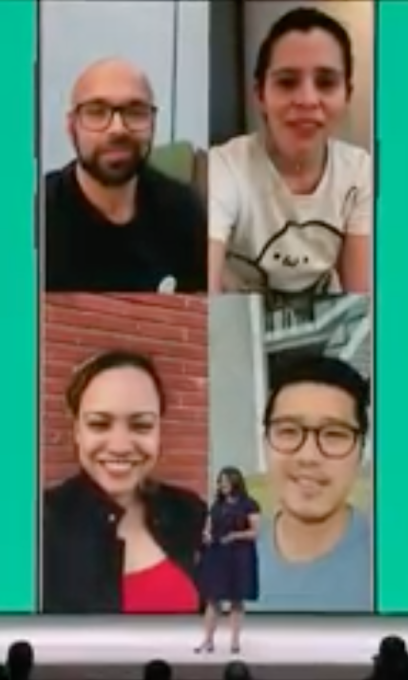 Rather than rest on its laurels, WhatsApp just announced stickers and Group Video calling to make the lean communications utility more fun. Users already spend 2 billion minutes per day on WhatsApp video and audio calls. But in the coming months, they’ll be able to have at least four people on a single split-screen video call, and possibly more. And rather than just chat with text, in the coming months you’ll be able to send stickers inside WhatsApp. Third-party sticker packs will also be available, so developers can contribute illustrations to help people chat visually.

Meanwhile, on the serious side, WhatsApp is inching toward monetization. It now has 3 million companies on its new WhatsApp For Business app. While it’s a free product currently, WhatsApp has said it plans to charge big brands like airlines, banks and mobile carriers for bonus features that will help them do commerce and customer support on the app. With strong traction already, it seems like Facebook will be able to squeeze a solid new revenue stream out of Facebook when it’s ready.

With all the talk of election interference on Facebook and Instagram, WhatsApp was the company’s feel-good story for today’s F8 conference. The division’s director Mubarik Imam said that if she could work for any company for free, she would have picked WhatsApp. Facebook needs as much positive PR as it can get right now amidst all its scandals, and WhatsApp might be its ticket.