A few months ago, Marceau Michel met up with a fellow entrepreneur, Kathryn Brown of ScoutSavvy, to discuss their triumphs and tribulations of their time in the tech industry. That’s when the two discovered they were running into the same issue: lack of funding.

Unfortunately, Michel, an African-American founder, is not alone. Just one percent of venture-backed companies are led by black founders. In an attempt to address this problem, Michel is looking to engage the public to help in an area where traditional investors seem to lack the willingness.

“A lot of lip service is given to diversity and inclusion but the actual practicability of it lacks,” he told me.

With Black Founders Matter, the goal is to bring the tenacity of the Black Lives Matter movement to the startup industry.

“If there’s a brick wall that is standing between minorities and their dreams as entrepreneurs, how can we help the regular person help us in dismantling the wall between us and our dreams?” he posited. 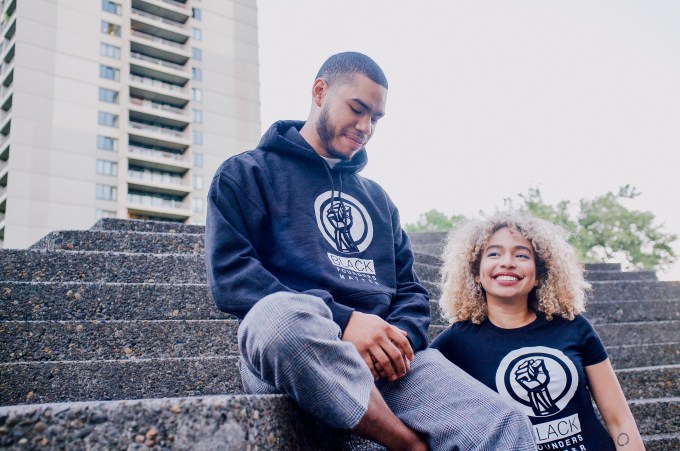 Black Founders Matter has a simple premise of selling t-shirts and sweatshirts for the purpose of not necessarily being political, “but literal,” Michel told me. The apparel, which costs anywhere from $49.99 to $69.99, aims to generate revenue while raising awareness about black and female founders.

To date, Black Founders Matter has sold a little under $10,000 worth of t-shirts. The goal, however, is to hit $10 million in sales within the next two years, and then funnel that money into black-led startups.

“We can shake up venture funding and what it looks like and who gets it,” Michel said.

As Michel works to get all the funds in place, he’s working to build a committee that will ultimately decide how to delegate the money. In addition to running Black Founders Matter, Michel is running his own startup, on-demand staffing company Werk Horse.

“What we’re trying to do is create something I think the whole world needs,” Michel said. “I’m not just trying to solve a problem for black people, but for everyone.”

Through Werk Horse and Black Founders Matter, Michel hopes people will start looking at black people as CEOs, founders, CFOs and CTOs. Once that happens, Michel is convinced “they’re not going to shoot us” and it will shift “the misconception people have about black people.”