Kidbox, a clothing-in-a-box startup aimed at a slightly younger crowd than StitchFix, has raised $15.3 million in Series B funding to expand and scale its business.

The round was led by Canvas Ventures, and includes participation from existing investors Firstime Ventures and HDS Capital, as well as new strategic partners Fred Langhammer, former CEO of The Estée Lauder Companies Inc., and The Gindi Family, owners of Century 21 department stores.

To date, Kidbox has raised $28 million.

The company was founded in October, 2015, then shipped its first box of clothing out of beta testing during the back-to-school shopping season the next year. 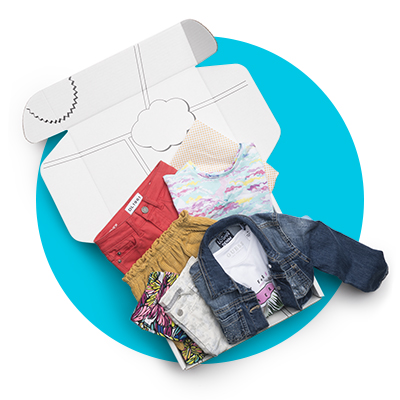 Similar to StitchFix, Kidbox also curates a selection of around half a dozen pieces of clothing and other accessories (but not shoes), which are based on a child’s “style profile” filled out online by mom or dad. The profile asks for the child’s age, sizes and questions about the child’s clothing preferences — like what colors they like and don’t like, as well as other styles to avoid — like if you have a child who hates wearing dresses, for example, or one who has an aversion to the color orange.

“Those answers feed into a proprietary algorithm — we’re very data science and tech focused,” explains Kidbox CEO Miki Berardelli. “That algorithm hits up against our product catalog at any given moment, and presents to our human styling team the perfect box for — just as an example, a size 7 sporty boy. And from there, the styling team looks at the box that’s been served up, the customer’s history, if they’re a repeat customer, the customer’s geography and any notes [the customer] added to their account,” she says.

The box is then put together and shipped to the customer.

Berardelli previously worked at Ralph Lauren, Tory Burch and was president of Digital Commerce for Chico’s (Chico’s, White House Black Market and Soma). She joined Kidbox in September 2016 after meeting founder Haim Dabah while he was searching for Kidbox’s CEO.

“It resonated with me as a consumer, as an early adopter of all things digital, and as a multi-time operator of e-commerce businesses,” she says, of why she decided to join the startup. 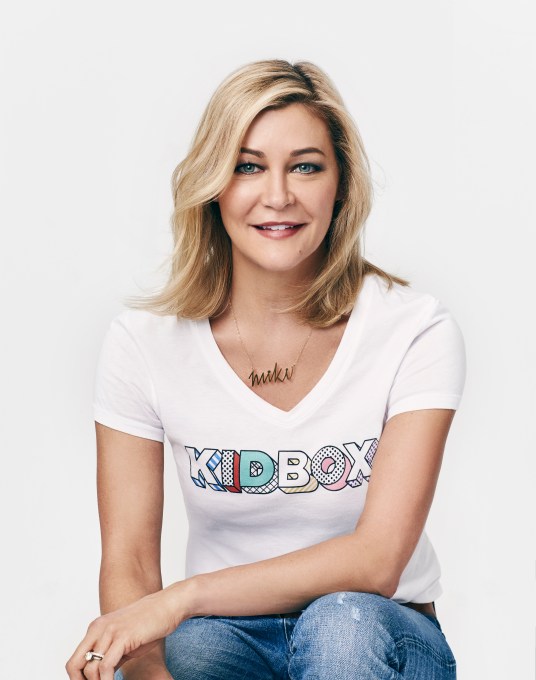 Today, Kidbox’s boxes are sent out seasonally for spring, summer, back-to-school, fall and winter. However, unlike StitchFix, Kidbox isn’t a subscription service — you can skip boxes at any time, and you’re not charged a “styling fee” or any other add-on fees.

However, if you keep the full box, Kidbox donates a new outfit to a child in need through a partnership with Delivering Good, a nonprofit that allows customers to choose the charity to receive their clothing donation.

At launch, Kidbox carried around 30 kid’s brands. It’s since grown its assortment to more than 100 brands for kids ages newborn through 14, including well-known names like Adidas, DKNY, 7 for All Mankind, Puma, Jessica Simpson, Reebok, Diesel and others.

Kidbox launches its own private labels

With the next back-to-school box, Kidbox will insert its own brands into the mix. The company will be launching multiple private labels across all ages, and every box will get at least one own-label item. The brands will include everything from onesies for babies to graphic tees to denim to basics, and more.

“We believe we’ve identified a void in the children’s apparel marketplace,” notes Berardelli. “The style sensibility of our exclusive brands will all have a unique personality, and a unique voice that’s akin to how our customers describe themselves. It’s all really based on customer feedback. Our customers tell us what they would love more of; and our merchandising team understands what they would like to be able to procure more of, in terms of rounding out our assortment,” she says.

On a personal note, a customer of both Kidbox and Rockets of Awesome, two of the leading kid box startups, what I appreciate about Kidbox is the affordable price point — the whole box is less than $100 — and its personal touches. Kidbox ships with crayons and a pencil-case for kids, and the box is designed for kids to color. It also includes a print edition of its editorial content, and sometimes there’s a small toy included, too. 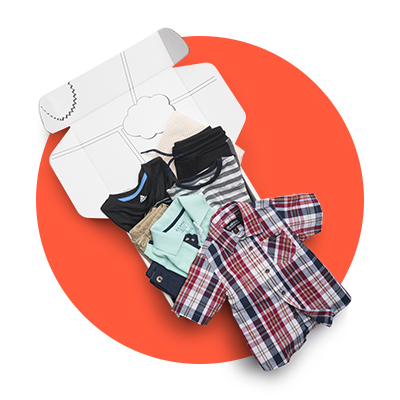 Kidbox rival Rockets of Awesome is a little pricier, I’ve found, but has some unique pieces that make it worth checking out, as well.

With the new funding, Kidbox aims to further invest in its technology foundation, its data science teams, its own labels, its customer acquisition strategy and marketing.

The company doesn’t disclose how many customers it has or its revenues. Instead, it notes that the Kidbox “community” — which includes fluffy numbers like Facebook Page fans and people who signed up for emails — is over 1.2 million. So it’s hard to determine how many people are actually buying from Kidbox boxes.

Kidbox has potential in a market where brick-and-mortar retailers are closing their doors, and e-commerce apparel is on the upswing. But it — like others in the space — faces the looming threat posed by Amazon. The retailer has also just launched its clothing box service, Prime Wardrobe, which includes kids’ clothing.

“Kidbox is at the head of a trend that sees a world in which every person will have their own personalized storefront for literally anything — be it kids clothing, furniture or weddings,” says Paul Hsiao, general partner at Canvas Ventures, about the firm’s investment. Hsiao has also led investments in Zola and eporta while at Canvas, and in Houzz while at NEA.

“Kidbox is growing at atypically high multiples. I think it is because of their deep connection with their customers — the kids, the parents and grandparents,” Hsiao continues. “The Kidbox team is also remarkable at logistics. Sounds boring, but e-commerce is fundamentally a logistics business,” he adds.

Kidbox is currently a team of 35 based in New York.