The first thing to understand about media-sharing app Rapchat is that co-founder Seth Miller is not a rapper and his other co-founder, Pat Gibson, is. Together they created Rapchat, a service for making and sharing raps, and the conjunction of rapper and nerd seems to be really taking off.

Since we last looked at the app in 2016 (you can see Tito’s review below), a lot has changed. The team has raised $1.6 million in funding from investors out of Oakland and the Midwest. Their app, which is sort of a musical.ly for rap, is a top 50 music app on iOS and Android and hit 100 million listens since launch. In short, their little social network/sharing platform is a “millionaire in the making, boss of [its] team, bringin home the bacon.”

The pair’s rap bona fides are genuine. Gibson has opened or performed with Big Sean, Wiz Khalifa and Machine Gun Kelly, and he’s sold beats to MTV. “My music has garnered over 20M+ plays across YouTube, SoundCloud and more,” he wrote me, boasting in the semi-churlish manner of a rapper with a “beef.” Miller, on the other hand, likes to freestyle.

“I grew up loving to freestyle with friends at OU and I noticed lots of other millennials did this too (even if most suck lol) … at any party at 3am – there would always be a group of people in the corner freestyling,” he said. “At the same time Snapchat was blowing up on campus and just thought you should be able to do the same exact thing for rap.”

Gibson, on the other hand, saw it as a serious tool to help him with his music.

“I spent a lot of time, energy and resources making music,” he said. “I was producing the beats, writing the songs, recording/mixing the vocals, mastering the project, then distributing & promoting the music all by myself. With Rapchat, there’s a library of 1,000+ beats from top producers, an instant recording studio in your pocket, and the network to distribute your music worldwide and be discovered…. all from a free app. Rapchat is disrupting the creation, collaboration, distribution, & discovery of music via mobile.”

“We have a much bigger but also more active community than any other music creation app,” said Miller. 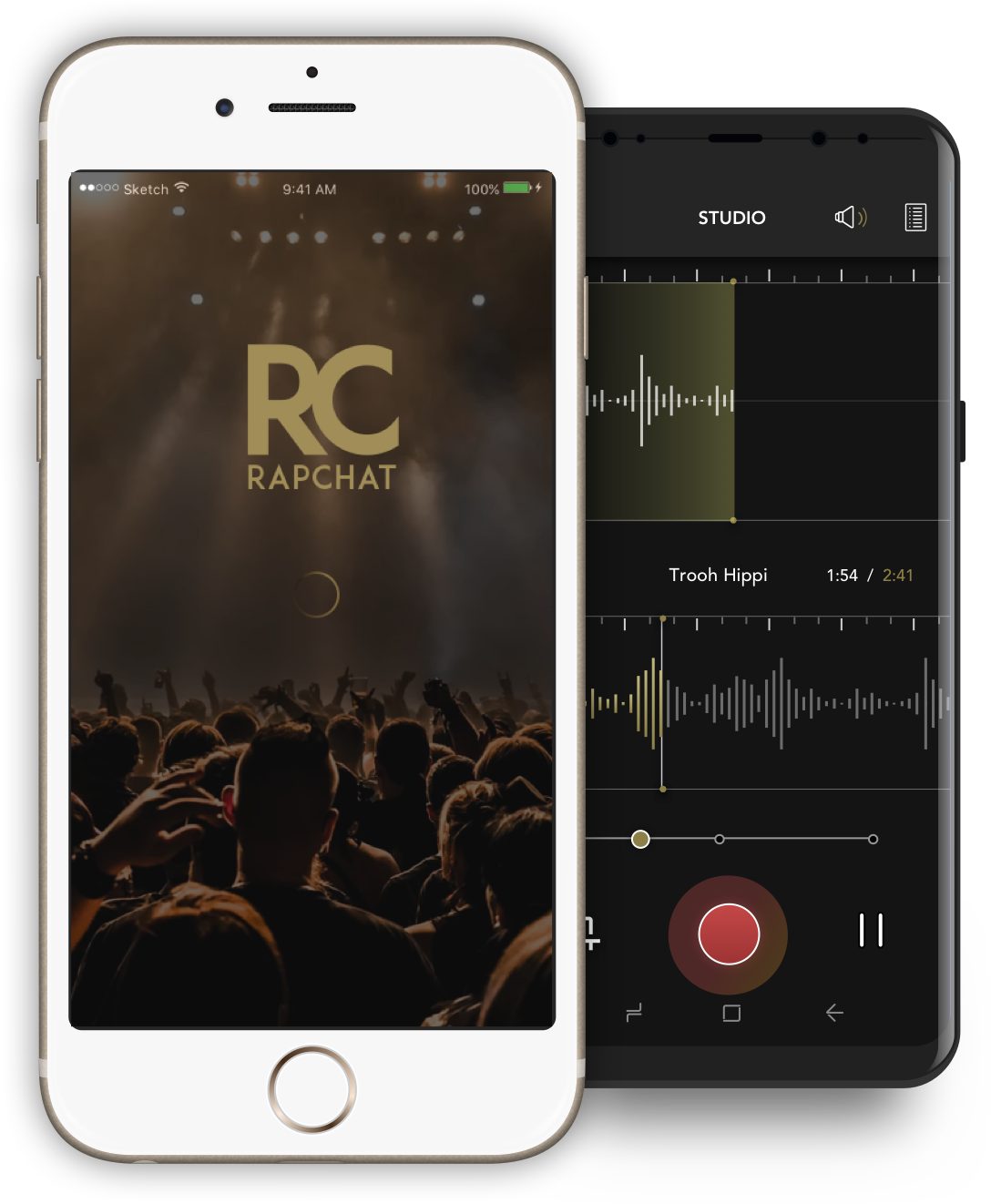 While it’s clear the world needs another sharing platform like it needs a hole in the head, thanks to a rabid fan base and a great idea, the team has ensured that Rapchat is not, as they say, wicka-wicka-whack. That, in the end, is all that matters.