Google does a great deal of research into natural language processing and synthesis, but not every project has to be a new Assistant feature or voice improvement. The company has a little fun now and then, when the master AI permits it, and today it has posted a few web experiments that let you engage with its word-association systems in a playful way.

First is an interesting way of searching through Google Books, that fabulous database so rarely mentioned these days. Instead of just searching for text or title verbatim, you can ask questions, like “Why was Napoleon exiled?” or “What is the nature of consciousness?”

It returns passages from books that, based on their language only, are closely associated with your question. And while the results are hit and miss, they are nice and flexible. Sentences answering my questions appeared even though they were not directly adjacent to key words or particularly specific about doing so. 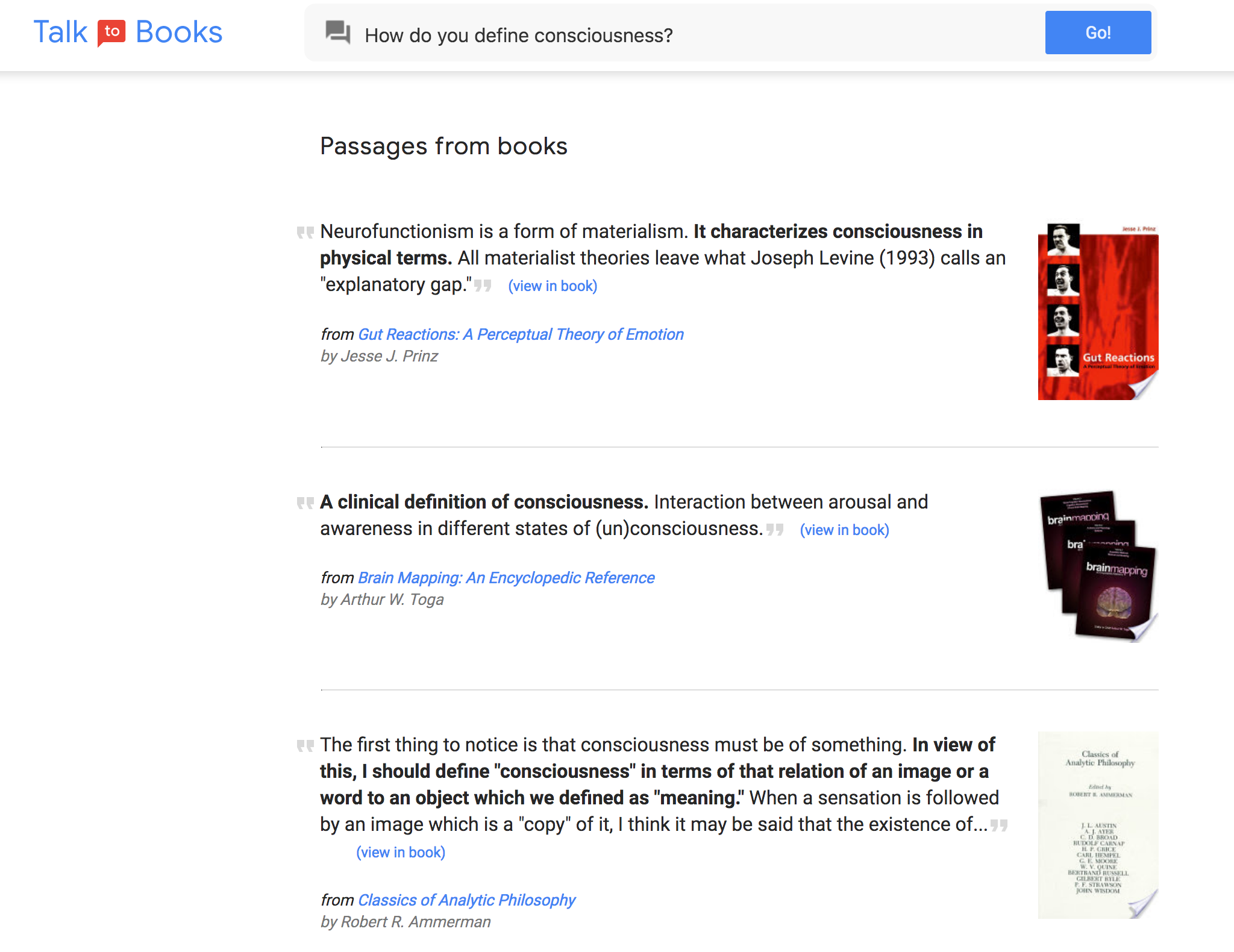 I found, however, it’s not a very intuitive way to interact with a body of knowledge, at least for me. When I ask a question, I generally want to receive an answer, not a competing variety of quotes that may or may not bear on your inquiry. So while I can’t really picture using this regularly, it’s an interesting way to demonstrate the flexibility of the semantic engine at work here. And it may very well expose you to some new authors, though the 100,000 books included in the database are something of a mixed bag.

The second project Google highlights is a game it calls Semantris, though I must say it’s rather too simple to deserve the “-tris” moniker. You’re given a list of words and one in particular is highlighted. You type the word you most associate with that one, and the words will reorder with, as Google’s AI understands it, the closest matches to your word on the bottom. If you moved the target word to the bottom, it blows up a few words and adds some more.

It’s a nice little time waster, but I couldn’t help but feel I was basically just a guinea pig providing testing and training for Google’s word association agent. It was also pretty easy — I didn’t feel much of an achievement for associating “water” with “boat” — but maybe it gets harder as it goes on. I’ve asked Google if our responses are feeding into the AI’s training data.

For the coders and machine learning enthusiasts among you, Google has also provided some pre-trained TensorFlow modules, and of course documented their work in a couple of papers linked in the blog post.