Uber is done being solely a ride-hailing company. Under the leadership of CEO Dara Khosrowshahi, the company is well on its way to becoming a multi-modal transportation platform.

At a future of mobility event in Washington, D.C. today, Khosrowshahi announced Uber’s foray into car rentals, shared bikes in D.C. and public transportation. Khosrowshahi also sat on a panel with Washington, D.C. Mayor Muriel Bowser and Stephen Goldsmith, Daniel Paul Professor of the Practice of Government at the Harvard Kennedy School, to discuss Uber’s new approach to partnering with cities.

Uber envisions being able to bring data, on-demand transportation and solving for real-time transportation needs to public transit, Khosrowshahi said. If people can reliably know when a bus will show up, he said, “we think that’s going to drive use and ultimately that’s going to make it even better to live in a city like this one.” 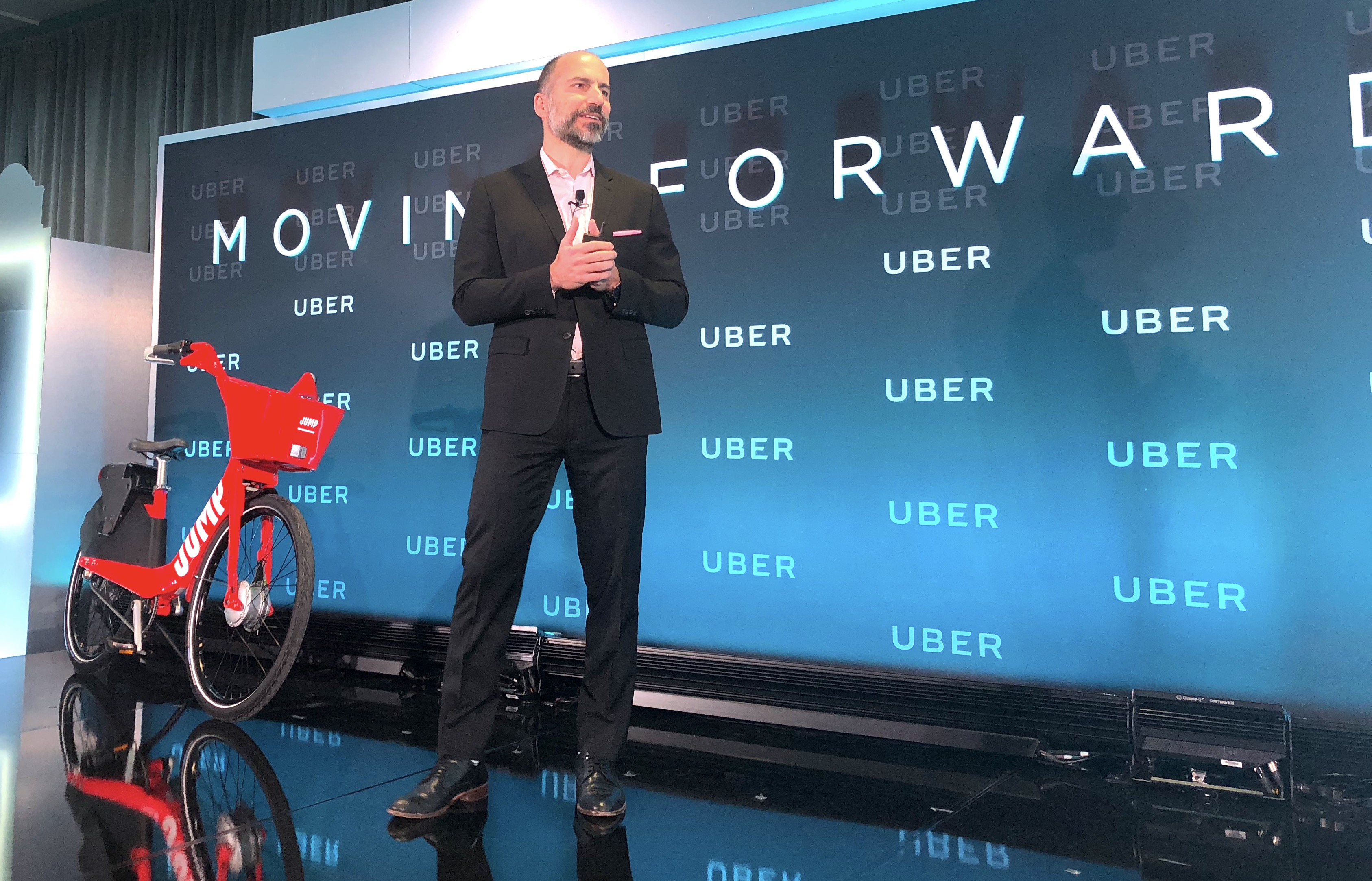 One of Uber’s goals is to reduce the need for individual car ownership, thereby reducing congestion in cities. For those who don’t want to take public transit, Uber says it’s investing “hundreds of millions of dollars per year” in its Express carpooling product. That investment comes in the form of price cuts to the end user.

“There are these societal norms that we have to battle,” Khosrowshahi said. “You share a car with someone, and it kind of feels a little weird,” noting how people don’t know if it’s socially acceptable to work, chat or say nothing at all.

“So we are having to discount very aggressively, much more than you’d think,” Khosrowshahi said, to get people to share rides. “The combination of the societal norms and then the question of when exactly am I going to get there are the real friction points we’ve had to fight.”

Uber has, of course, been under scrutiny as of late due to the fatal crash involving one of its self-driving cars in Tempe, Arizona last month. Uber is currently working with the National Transportation Safety Board to determine what happened.

While Uber has pulled its self-driving car programs in all the markets where it operated, as well as not reapplied for a permit to operate in San Francisco, Khosrowshahi says not to take today’s announcements as any sign that Uber is moving away from autonomous.

Ultimately, Khosrowshahi does envision the world becoming much safer due to autonomous driving.

“Autonomous, at maturity,” he said, “will be safer.”