Google today announced a multi-pronged News Initiative, which Chief Business Officer Phillipp Schindler described as a way to tie together all the company’s efforts to work with the journalism industry.

At a New York City press event, Schindler told journalists and other industry attendees, “Our mission is inherently tied to your business.” He acknowledged that this might sound like “big company rhetoric.” To put it less diplomatically, news organizations might not view Google or the other big Internet platforms as allies given their dominance of the online ad business and the role they play in spreading sensationalistic or questionable stories, not to mention misinformation and hoaxes.

First, he said Google search “by its very nature depends on the open web and depends on open access to information and that obviously depends on high quality information.” Second, he noted that Google’s DoubleClick ad business is all about splitting revenue with publishers, with $12.6 billion paid out to partners last year.

Again, the initiative sounds like a mix of projects and products old and new, in several different categories. When it comes to strengthening quality journalism, Schindler said Google has already been adjusting its algorithms to prioritize “more authoritative sources,” and it’s also highlighting verified sources in its results with a Top News section.

Schindler also announced a partnership with the Harvard Kennedy School’s First Draft to launch something called the Disinfo Lab, which will “use computational tools and journalistic oversight to monitor misinformation during elections.”

And there’s a separate project called MediaWise, a partnership with the Poynter Institute, Stanford University and the Local Media Association. Google.org’s Jacqueline Fuller described this as a $3 million, two-year media campaign to improve media literacy among teens.

As for business models, Google is launching Subscribe with Google, which will allow readers to sign up for paid subscriptions from partner publishers. This means that if you’re signed in to your Google account, you should be able to subscribe with a single click, and then you shouldn’t have to deal with logins and paywalls on that site again.

On the tech front, Google pointed to Accelerated Mobile Pages, its open source format for fast-loading articles, which it’s expanding with a new story format for image-, video- and animation-heavy content. The company is also launching Outline, an open source tool for newsrooms to provide their journalists with secure Internet access by setting up their own VPNs on private servers.

Steve Grove, the director of Google’s News Lab, summarized several different ways his team is working to help partners incorporate tech like artificial intelligence “to take over some of the more arduous but more important tasks” — for example, it’s working The Washington Post to test out using the Google Cloud Voice API for interview transcriptions. 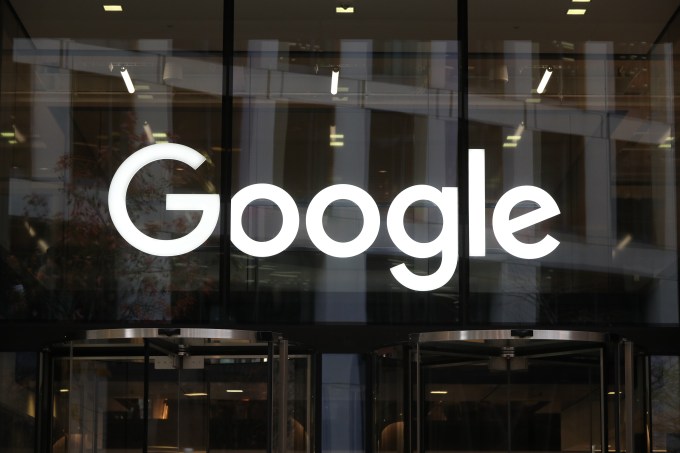 Update: Google held a Q&A session with journalists after the main event, where Schindler said the News Initiative won’t bring any structural changes to the company. Instead, it’s about increasing the resources available to different teams. Ultimately, he said it “all rolls up to [CEO Sundar Pichai], which makes sense, because he deeply cares about this.”

Schindler added that the company will be working with publishers to prioritize how the $300 million gets spent, though he suggested that the business model and technology initiatives will probably see the lion’s share of the investment from Google itself.

Richard Gingras, the company’s vice president of news products, also offered a little more detail around how Subscribe with Google will work. For starters, he said publishers will have access to subscriber email addresses, so they’ll be able to build their own relationships with readers.

And while he declined to specify how the revenue will be split between Google and the publishers, Gingras said it’s a “very, very generous” deal, with Google just taking enough money to cover its costs: “From our perspective, it’s not about revenue.”

He also sounded interested in the possibility of bundling different subscriptions in the future.

“I think the work we’re doing now is an essential foundation that we can build upon,” Gingras said. “The idea of bundles or potential bundles can make great sense.”