In a keynote speech at SXSW, YouTube’s Global Head of Music Lyor Cohen spoke briefly of YouTube’s plans for a music subscription service, amid a longer discussion of the changes he’s witnessed throughout his career in the industry, as well as those still in the horizon. YouTube’s new music subscription service had been expected to launch at SXSW, but Google later denied that was the case. Said Cohen, the new service will combine “the best of Google Play Music’s context server” and YouTube’s “breadth and depth of catalogue.”

Details about when this service will actually arrive or what it would cost were not detailed, of course.

Cohen, however, did admit that YouTube had ceded some of the early gains in music streaming to rivals.

“I’m focused on bringing diversity to distribution; and we’ll do that by adding a subscription business on top of YouTube’s already growing advertising business.”

The statement, taken on its own, was a little confusing, given that YouTube Red – which includes a music subscription, among its many features – already exists.

But Cohen was speaking of something YouTube is doing just for music – launching a premium music subscription. Bloomberg was first to report this would arrive in March, before the delay. 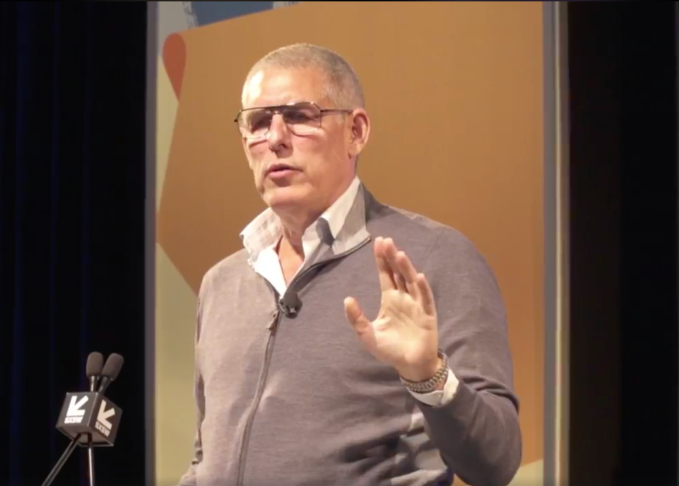 Above: Lyor Cohen, speaking at the SXSW Music Keynote

“The industry is going to return and grow by ads and subscriptions,” Cohen continued. “There are plenty of leaned-in listeners that are willing to pay. We are going to convert them to paid subscribers…We’re making an enormous investment to launch a product that you will be proud of.”

YouTube will collaborate and work closely with label partners on the new service to understand their priorities when it comes to promoting and breaking artists – something it’s done on a smaller scale in the past, but will be one of the focuses of YouTube’s Music subscription product. Cohen, naturally, has a lot of experience in this department, having previously founded the label 300, headed Warner Music Group as chairman and CEO, run Def Jam, and managed artists at Russell Simmons’ Rush Artist Management.

Giving artists better ways to reach their fanbases is something competitors like Apple Music and Spotify have both tried as well, the former with its largely failed Apple Music Connect product, and Spotify with its powerful playlists.

Cohen, meanwhile, believes that YouTube has a better chance of putting the right music in front of the right fans because of the power of Google’s algorithms.

“Did you know that 80 percent of all of watch time on YouTube is recommended by a recommendation engine?…I didn’t think that was the case when I first joined, but I now know it to be true,” he said referencing his fall 2016 hire. “Now we’re layering in a programming division solely focused on building and growing the playlist ecosystem that users would love across both paid and [the] ad-supported tier.”

That seems to indicate that YouTube Music’s premium subscription will take on Spotify’s playlists, but also attempt to one-up Spotify by being better at recommending content.

This is an area Spotify succeeds at today, however. Its Discover Weekly and other personalized playlists have millions of listeners; its playlists can make an artist’s career, allowing for an entire industry to spring up around getting tracks onto them; and it has created numerous ways to find new songs, including through genres and moods that it just asked its user base of 160 million to help edit.

Both Spotify and Apple Music also have existing, streamlined products that make sense to consumers, where YouTube and Google have a messy integration where YouTube Red offers ad-free videos, original shows, offline listening, music (on both YouTube and Google Play), and more. It’s not currently thought of as a direct rival to any streaming music service.

But YouTube – Cohen stressed, speaking of what the music service offers over rivals – will give artists, their labels and managers the best direct access to consumers than any other platform.

“Spotify and Apple are pure retailers. Snapchat and Instagram are simply social. The most powerful aspect of YouTube is our ability to let the artists, managers, publishers, songwriters, and labels to engage with their fans with no hoops to jump through,” he said.

The mention of “social” ties into reports that YouTube has been contemplating bringing its newer social features – including its in-app messaging and Community tab where creators can post updates – to its YouTube Music and YouTube TV products. (When we published this article, for example, YouTube wanted us to be clear that its was “being discussed” and not “definitely happening.” But it makes so much sense for YouTube Music to adopt this social sharing format, it would be crazy for it not to.)

YouTube today can be used to promote anything – video, an album, or a livestream, Cohn said of its powers to make content visible to a wide audience.

“The only place in the industry where you can play both in commerce and direct-to-consumer is YouTube. Let’s use it,” he concluded.