Now Spotify listens to you instead of the other way around. Spotify has a new voice search interface that lets you say “Play my Discover Weekly,” “Show Calvin Harris” or “Play some upbeat pop” to pull up music.

A Spotify spokesperson confirmed to TechCrunch that this is “Just a test for now,” as only a small subset of users have access currently, but the company noted there would be more details to share later. The test was first spotted by Hunter Owens. Thanks to him we have a video demo of the feature below that shows pretty solid speech recognition and the ability to access music several different ways. 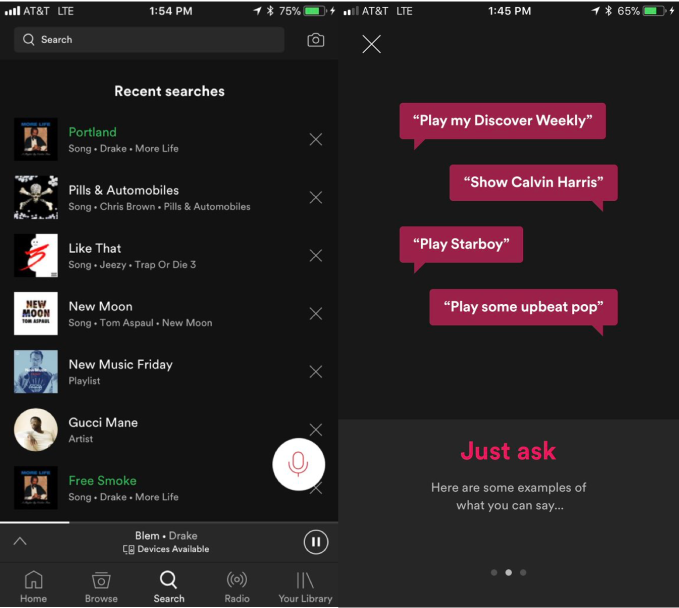 Voice control could make Spotify easier to use while on the go using microphone headphones or in the house if you’re not holding your phone. It might also help users paralyzed by the infinite choices posed by the Spotify search box by letting them simply call out a genre or some other category of songs. Spotify briefly tested but never rolled out a very rough design of “driving mode” controls a year ago. [Update: TechCrunch reader Ishan Agrawal dug into the Spotify Android APK, and discovered that there are separate files for driving and voice search modes, indicating that the new voice interface isn’t just an iteration on driving mode.]

Down the line, Spotify could perhaps develop its own voice interface for smart speakers from other companies or that it potentially builds itself. That would relieve it from depending on Apple’s Siri for HomePod, Google’s Assistant for Home or Amazon’s Alexa for Echo — all of which have accompanying music streaming services that compete with Spotify. Apple chose to make its HomePod speaker Apple Music-only, cutting out Spotify. Its Siri service similarly won’t let people make commands inside third-party apps, so you can ask your iPhone to play a certain song on Apple Music, but not Spotify.

To date, Spotify has only worked with manufacturers to build its Spotify Connect features into boomboxes and home stereos from companies like Bose, rather than creating its own hardware. If it chooses to make Spotify-branded speakers, it might need some of its own voice technology to power them. 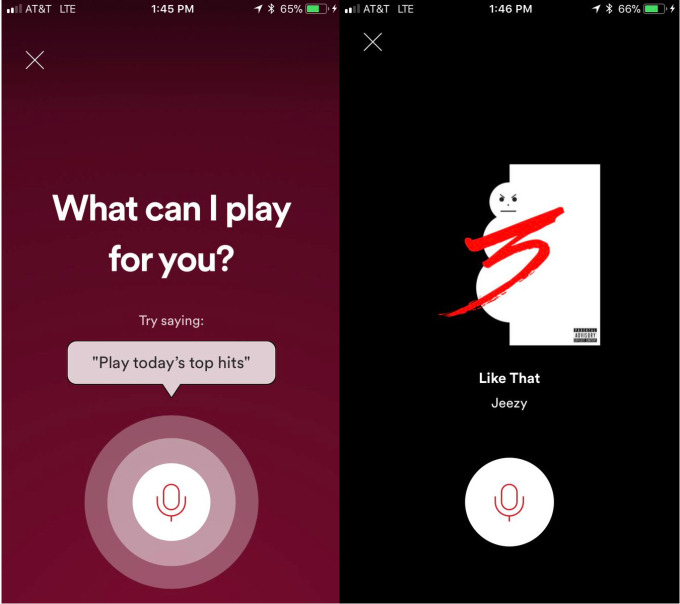 Spotify is preparing for a direct listing that will make the company public without a traditional IPO. That means forgoing some of the marketing circus that usually surrounds a company’s debut. That means Spotify may be even more eager to experiment with features or strategies that could be future money-makers so that public investors see growth potential. Breaking into voice directly instead of via its competitors could provide that ‘x-factor.’

For more on Spotify’s not-an-IPO, check out our feature story: