Hulu outbid major players in cable and streaming to obtain the rights to develop “Little Fires Everywhere,” a new limited series produced by Reese Witherspoon’s Hello Sunshine, producer of the Emmy-winning “Big Little Lies” on HBO. The show is based on Celeste Ng’s 2017 bestselling book by the same name, and will star both Witherspoon and Kerry Washington.

The series recently hit the marketplace, and was soon the subject of a bidding war between major players industry-wide, according to reports.

The Hollywood Reporter also said several outlets attempted to take the package off the table, but Witherspoon and others involved in the project insisted on letting everyone hear the pitch before deciding on the right home for the project.

It’s notable, then, that Witherspoon opted for Hulu, given Hello Sunshine’s recent projects have sold to Apple. That list includes a comedy series starring Kristen Wiig; a Jennifer Aniston and Witherspoon drama focused on a fictional version of the morning TV show world; and a thriller starring Octavia Spencer called “Are You Sleeping.”

The new project will be produced by Witherspoon’s Hello Sunshine, Washington’s Simpson Street and ABC Signature Studios. Liz Tigelaar (“Casual”) will write and serve as showrunner and executive producer.

This is Hello Sunshine’s first venture as a studio. It will serve as studio co-production partners with ABC Signature, the cable and streaming division of ABC Studios, on the project. Hello Sunshine will also lead creative. 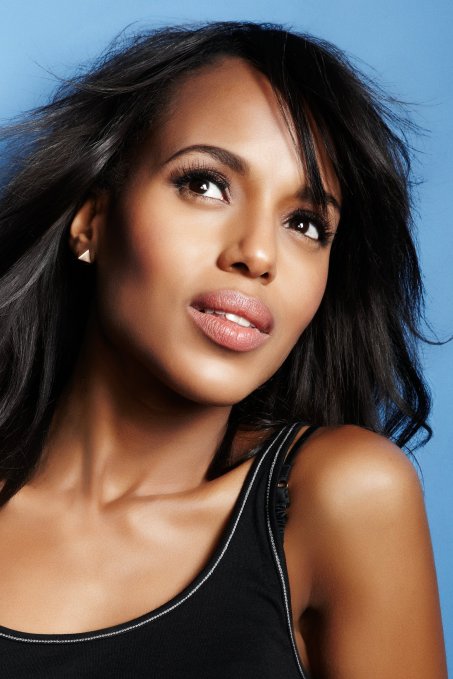 ABC Signature is already working with Hulu on “Marvel’s Runaways,” and had worked with Washington on the HBO film “Confirmation.” Its credits also include Showtime’s “SMILF,” Freeform’s Marvel series “Cloak and Dagger” and others.

Based on The New York Times’ best seller, the new Hulu series over the course of eight episodes will tell the story of the intertwined fates of the picture-perfect Richardson family and an enigmatic mother and daughter who upend their lives.

The story, explains Hulu, “explores the weight of secrets, the nature of art and identity, the ferocious pull of motherhood – and the danger in believing that following the rules can avert disaster.”

These themes — of motherhood, women’s lives and identity — are similar to those explored in the Hello Sunshine-backed Emmy winner, “Big Little Lies,” indicating the potential for “Little Fires Everywhere” to follow in its footsteps as the next critically acclaimed success.

“Celeste wove a beautiful, riveting story that spoke to all of us, and when we heard the vision Reese, Kerry and Liz have for the series, we knew immediately that we had to bring it to Hulu,” said Hulu Chief Content Officer Joel Stillerman, in a statement. “We’re honored to bring this powerful story to the screen with Hello Sunshine, in their first studio project. This is exactly the type of compelling and culturally relevant content that embodies our Hulu Originals brand.”

“At Hello Sunshine, we strive to shine a light on female-driven stories that are rooted in inspiration, emotion and truth – all of which form the bedrock of Celeste Ng’s ingenious work,” added Witherspoon. “Hulu has a rich history of transforming groundbreaking literature into groundbreaking television, and we are confident that their talented team will use this story to spur a long-overdue dialogue around race, class, and what it means to be a mother.”

Hulu made a name for itself in streaming with its Emmy and Golden Globe Award-winning series “The Handmaid’s Tale,” but is still looking for its next big hit.

“Little Fires Everywhere” will join the slate of Hulu originals that includes the George Clooney limited series “Catch-22,” “The Looming Tower,” “Castle Rock,” “The First,” “Marvel’s Runaways,” and others.