Ride-hailing service Grab is being heavily linked with a deal to buy out Uber’s business in Southeast Asia, but those rumors aren’t stopping it from building its fintech platform after announced a financial services unit.

The Singapore-based company has been pushing itself into fintech for some time, with the most visible moment being the launch of its mobile payments service last November. Today, it extended that further still by introducing micro-loans and insurance options for Grab drivers and businesses that use its GrabPay services.

For its new offerings, Grab has teamed up with Credit Saison, a $3 billion firm that is Japan’s biggest lender with some 70 million credit cards in circulation, to create a joint venture called Grab Financial Services Asia. U.S.-based insurer Chubb has signed on as a partner.

In an interview with TechCrunch on the sidelines of the Money2020 event in Singapore, Jason Thompson, who is head of GrabPay, said the move is in line with Grab’s focus on enabling business and income in Southeast Asia.

“Today we’ve helped create about five million jobs [across Grab services]; for those people to grow their businesses, we need to provide them with financial services. Whether that’s nano-loans for working capital, the ability to buy a car, actually without financial services we’re going to restrict the business growth of that whole ecosystem. That’s the reason we’re doing it,” he said.

Rather than pumping potential financial services customers with alerts via its app, Grab plans to take a community-driven approach and promote the availability of services using its driver events, its network of agents and other offline means.

Credit scoring is tricky in many emerging regions since a large proportion of people don’t own bank accounts or use them regularly. In Southeast Asia, KPMG estimates that just 27 percent of the region’s 600 million population have a bank account. Grab plans to assess loan recipients and insurance candidates using a mixture of signals that could include their driving style, which Thompson said it can track using telemetrics from a driver’s device.

So while it wouldn’t be the lone criteria for scoring, a Grab driver’s driving style could play a part in assessing whether they receive a loan, Thompson explained. 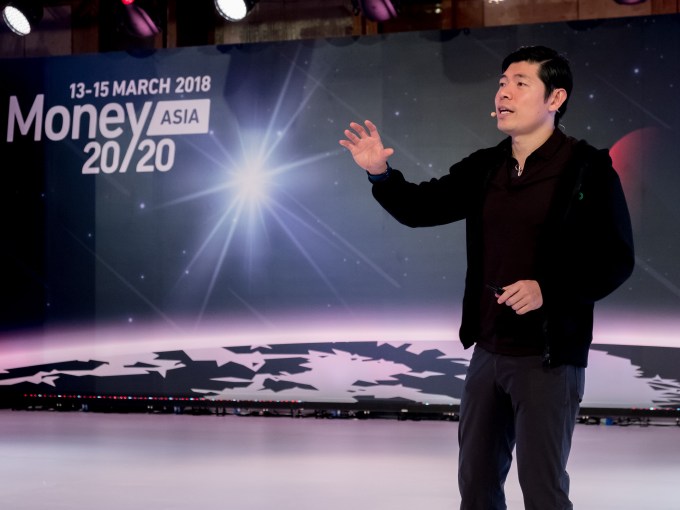 Grab is initially focused on serving business customers, but Thompson said that it may look to expand to cater to consumers further down the line. Already, he added, Grab has a loan book in excess of $700 million thanks to campaigns to provide car financing, insurance and more.

Grab serves eight countries in Southeast Asia but its financial services push has appeared to take an Indonesia-first approach. The country, Southeast Asia’s largest economy is where Grab acquired offline payment network Kudo in a deal that sources told TechCrunch could reach $100 million.

Thompson said Grab had “refocused” the Kudo business and used it to develop Grab’s relationship with SMEs and the driver community ahead of the introduction of financial services. He added, however, that all financial services from GrabPay will roll out across the region by the end of this year.

Grab may be a relatively new entrant into the payment space, but the company brings serious clout. Valued at more than $6 billion with investors like SoftBank, Indonesia’s Lippo Group and China’s Didi Chuxing in its corner, it’ll be interested to observe whether Grab can use its private sector and government relationships to build regional financial services in Southeast Asia where, to date, most competitors have focused on single markets or subsets of countries.