Doug Griffin Contributor
Doug Griffin is the co-founder and chief executive of Nomadic, an immersive virtual reality company. He has worked in the entertainment industry for 20 years in visual effects, motion capture technology, film and gaming on films including including Star Wars, Pirates of the Caribbean and Harry Potter.

On January 5th, The VOID’s new walk-around VR experience, Star Wars: Secrets of the Empire, opened to the public at Downtown Disney in California, preceded by a December launch at Disney Springs in Florida, marking the single biggest moment yet for out-of-home virtual reality.

Many months in the making, this joint effort from ILMxLAB and The VOID is backed by Disney and features one of the most well-known franchises of all time.

Dropped into the hearts of Disney’s vacation kingdoms, crowds of eager tourists will no doubt eagerly don a virtual Stormtrooper’s helmet and set off on a Star Wars adventure.

The team at The VOID, we here at Nomadic, and a small handful of other skilled companies such as DreamScape are creating an entirely new storytelling medium using virtual reality, tactile feedback, and environmental elements.

This overlay of virtual experiences on a real, physical setting has evolved out of the realms of film, gaming, set design and motion capture. As the Star Wars VR experience opens and we head into a new year, it is an opportune time to take a look at the nascent location-based VR market, how we’ve arrived at this point — and where we are going.

Experiential VR installations like the ones that opened at Disney are truly different and new — the story isn’t being told purely by visual input, but by sensory experiences. It’s a new form of entertainment that can never exist in a home living room or basement; the experience requires physical interaction with the space, props and other participants.

In the United States the market is growing, but we see much stronger awareness in China, Japan, India and other regions with high population densities. In countries where going out of the house is the preferred social activity due to space constraints in the home, our observations show a very strong interest in location-based VR experiences. This and other factors, including government support and consumer comfort with the adoption of new technologies, also factor into the rise of out-of-home VR in China. 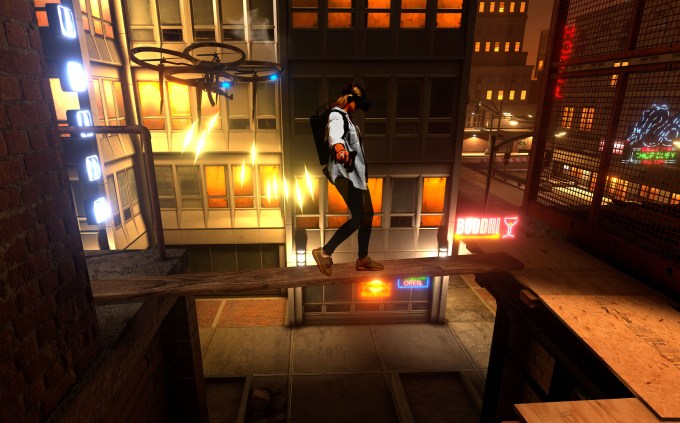 In 2016, the VR market in the country skyrocketed, with major Chinese tech companies- Tencent, Baidi and Alibaba among those jockeying for stakes in the industry. Experience center-based VR, including theatres and VR Arcades, made up over 10% of the market in 2016 — RMB 359.84 million ($55.4 million) — and that figure is expected to increase to RMB 5.2 billion ($800 million) by 2021.

This growing interest isn’t coming from those you might associate with VR, at least in-home VR — 30-something video gamers on the bleeding edge of technology adoption. Rather, people across all ages and abilities are drawn to the real-feeling experience of a 3D world that you can touch, feel and interact with.

Location-based VR allows a much broader group the ability to walk in, put on the VR gear, and immediately start naturally interacting with their environment and the storyline. In the short term, the intellectual properties that make up the first out-of-home VR installations will draw in their associated demographics. In the longer term, new stories, new worlds will be created for this all-new medium.

But it does beg the question, are great technological advances attracting big-name content providers, or is well-known intellectual property (IP) propelling the out-of-home VR market?

As a platform for distributing this new medium, massive IPs can warrant large-scale, long-term destination flagship locations which see huge foot traffic from consumers primed and ready for an adventure. Outside of major tourist destinations, the out-of-home entertainment industry is evolving to get people in and keep them coming back. 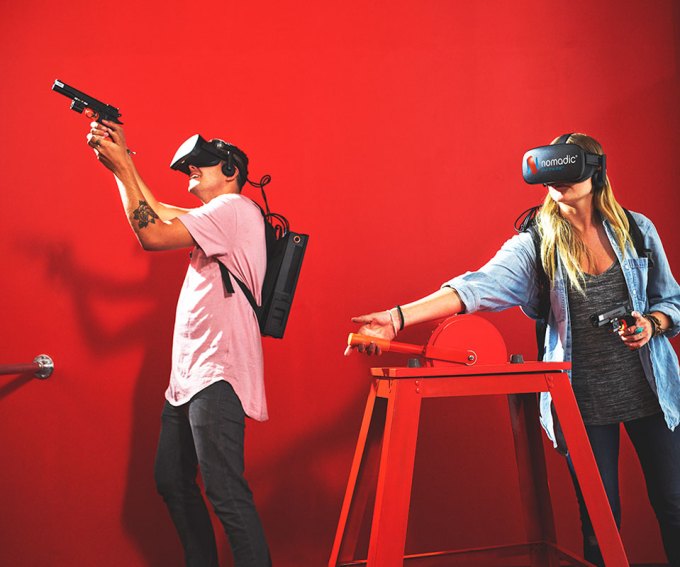 With traditional box office returns trending downward, cinemas have an opportunity to transform themselves into larger, sexier establishments, pulling together a wide range of entertainment experiences. In these environments, novel forms of entertainment, such as location-based VR, can be rolled out to provide guests experiences never before possible.

Outside of traditional cinemas, expect walk-through VR to come to airports, casinos, malls, museums and more. Industry participants envision a future market where property owners of all kinds can transform their space into amazing location-based VR experiences. In fact, a number are actively investing in the future of experiential VR as an entertainment destination.

Investors in location-based VR largely fall into one of two groups: established companies getting ahead of changes coming to their industries such as cinema chain AMC, and Nickelodeon, a recent investor in DreamScape, and investors associated with backing disruptive technologies such as Horizons Ventures, which lead a funding round for Nomadic in June 2017.

Both groups — the disruptors and those at risk of having their industries disrupted — are making future-looking investments in the future of entertainment.

Star Wars: Secrets of the Empire could be the sign that the moment may have arrived for immersive, walkthrough VR. As one of the largest media properties of all time, with total revenues in the half-billion range, it is impressive to see the Star Wars brand brought to life through experiential VR. It hints at 2018 as being a very important year for location-based VR.