In order to best negotiate your salary, being equipped with the knowledge of what other people are making can be immensely helpful. Generally speaking, you’re going to earn more money working at a public tech company versus a private tech company, according to new data from culture workplace and salary comparison platform Comparably. And the bigger the company, according to Comparably’s data, the more money you’ll make.

A senior developer at a private tech company with little funding earns about $73,000 a year while a senior developer at a public company earns an average of about $130,000. No matter where you work, however, you’re going to make the most money as an architect or senior product manager, according to Comparably. 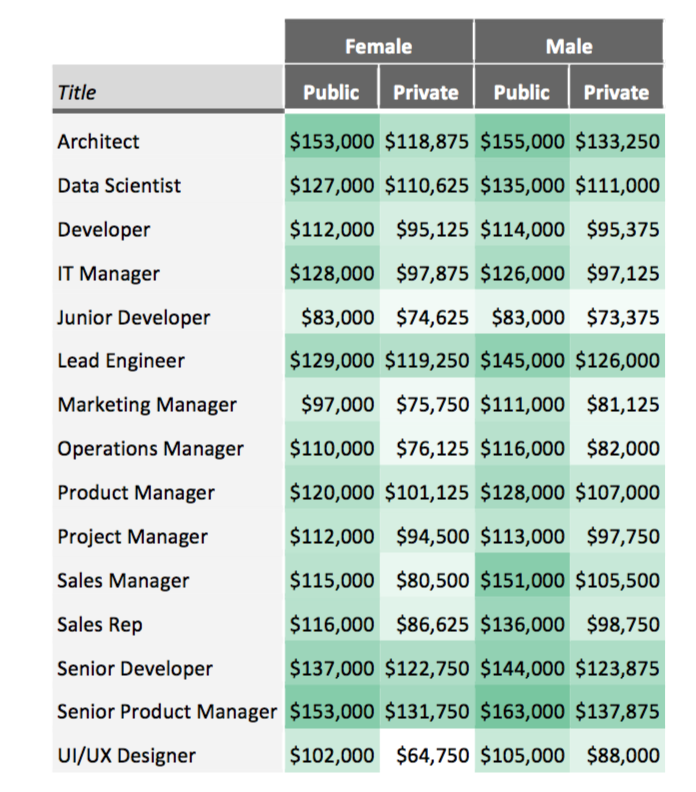 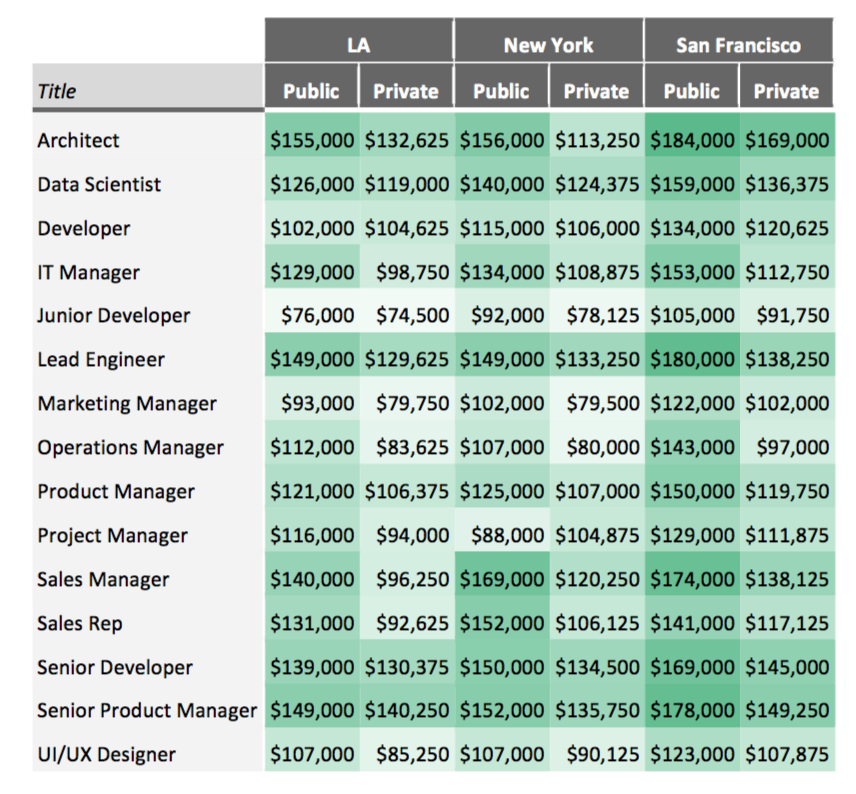 Between March 2016 and February 2018, Comparably collected anonymous compensation data from more than 100,000 people at small, mid-size and large — both public and private — tech companies in the U.S. Comparably specifically looked at 15 of the most popular job titles in tech, like architect, data scientist, development, marketing manager, operation manager, product manager and others.

It’s worth noting that private tech companies sometimes offer equity as compensation, which is not taken into consideration in these calculations. Comparably did, however, take into account yearly bonuses.

Comparably has been focused on salary and compensation data since it first launched in March 2016. Over the years, it has evolved into a Glassdoor-like company culture reviews tool. Comparably, founded by Jason Nazar, has raised $13.8 million in funding.