Game streaming site Twitch today is debuting an always-on chat room feature it’s simply calling “Rooms.” The addition was first announced at its developer event TwitchCon back in October, and was expected to launch before year-end. That timing shifted a bit, but the feature is going live today across both web and mobile for Twitch users worldwide.

Rooms are custom chat spaces that are available from the channel page itself, and can be set up by anyone on their own account. They’re found in the header of the Stream chat on the creator’s channel, which is both where Rooms can be created or joined. 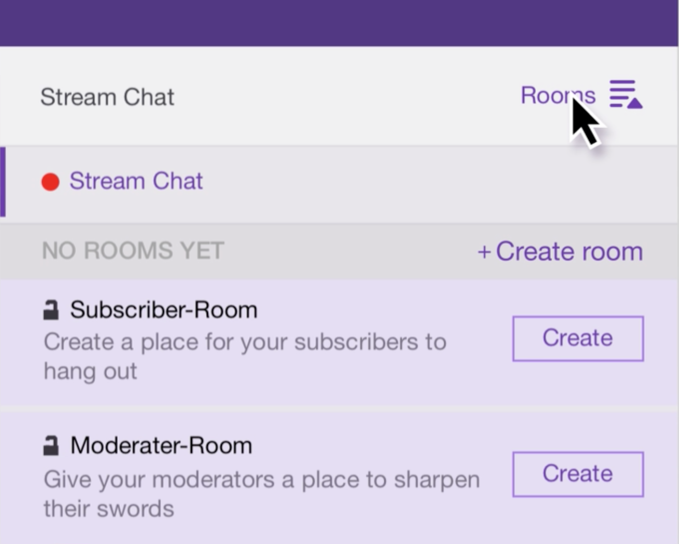 Starting now, channel owners have the option to create a “Room” for a specific group of users – like their channels’ subscribers, moderators, followers, or others with a shared interest, like spoilers, for example. That latter use case represents a topic that would make sense to hide from the publicly accessible main group chat.

But Rooms can also be used by groups who may have otherwise dominated the main Stream Chat with unrelated messages, memes, or private jokes, or for any other topic of the creators’ choosing, whether related to gaming or not. More importantly, they allow the channel’s community to stay connected and chat even when the creator isn’t streaming.

At launch, creators can only host 3 Rooms, Twitch says. 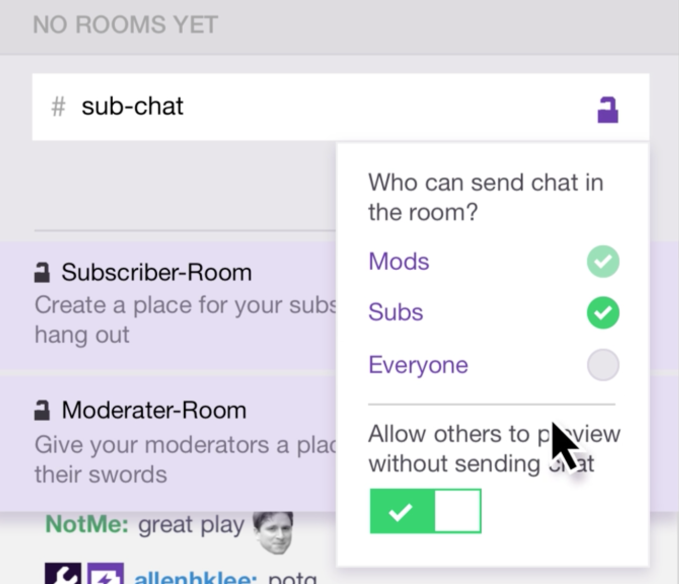 To start a Room, the creator clicks the new “Rooms” menu in the Stream Chat, followed by “Create a Room.” They then give the Room a name and assign chat permissions. Moderators and Subscribers are set categories, so they’re automatically added to any Subscriber or Moderator Room. But if the Room is set to be open to Everyone, the viewer can choose to opt into it if they want to participate.

Moderator chats are always private but creators can choose to allow all viewers to preview their Subscriber chat Room, even if they can’t participate. This setting is available upon Room creation, via a toggle switch. 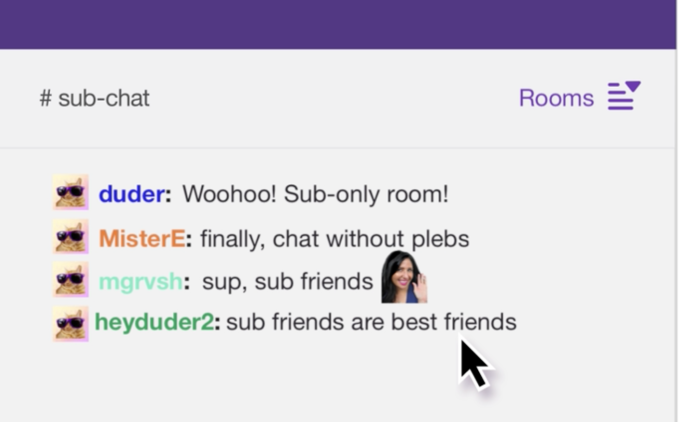 The launch follows other changes on Twitch in recent days, including new features to highlight a channel’s top fans, and notable update to Twitch’s community policies to crack down on hate speech, harassment, and sexual content. Rooms could potentially help with those goals to some extent, as it could allow people to move their back-and-forth messages out of the main chat to a sub-chat where their posts are less visible – or even invisible – to the general viewing audience. That doesn’t mean that Twitch will tolerate hateful content in the sub-chats, but it could help by hiding posts that may have otherwise been misinterpreted by casual viewers who didn’t understand the context.

Twitch says the feature was something that was designed based on requests from the community, and will continue to be iterated on throughout the year.

Rooms will be rolling out today.