Bike-sharing turned multi-modal transportation company LimeBike has raised an additional $70 million from its previously announced $50 million Series B round. This brings LimeBike’s total funding to $132 million.

The funding comes shortly after LimeBike announced its entrance into the e-scooter and pedal assist, e-bike games.

There are a number of competitors in the bike-share space, including Spin, JUMP, Ofo, Motivate and, most recently, Uber via a partnership with JUMP. As you can see below, many of LimeBike’s competitors have a significant amount of capital. 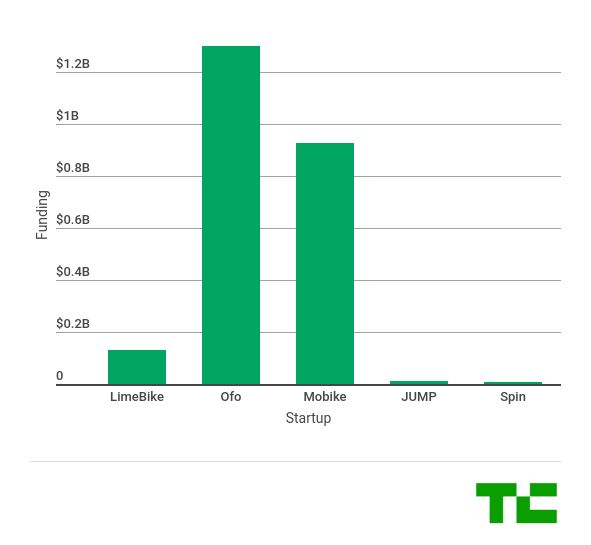 It’s worth noting Fifth Wall’s limited partners include real estate titans like CBRE, Equity Residential, Lennar, Prologis and others. In partnership with real estate owners and developers, Wallace and Sun envision a world in which there are LimeBike-specific parking lots or hubs located outside office buildings. Then, building owners could subsidize rides or offer other incentives for people to visit their shops.

The aim is to move toward more livable cities, where both parking and car ownership are on the decline, Wallace said.

Sun added, “We are building LimeBike as an option for everyone and people who are underserved, who don’t typically get access to these types of transportation options.”